There are some similarities to Highsmith and Tarte, but the execution is lacking 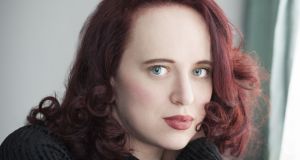 Tara Isabella Burton’s Ripleyesque debut novel, Social Creature, is set among the Champagne-quaffing, social climbing, ultra-rich New York arts scene. As if the money-squandering, backstabbing and pretentious chatter about the opera isn’t nightmare enough, the American author introduces into this high society a tale of flawed friendship that ends in murder.

Social Creature revolves around two women in their 20s, IT girl Lavinia, who has free rein over her parents’ place on Lexington, and blow-in Louise, an aspiring writer who works multiple jobs so she can stay in the city and disown her Middle American past. A tutoring gig with Lavinia’s younger sister, Cordelia – the Shakespearean names are the first of many heavy-handed literary references – puts Louise in Lavinia’s path and, after a few obnoxiously outré parties, the former relinquishes her rent-controlled apartment in the suburbs to live a life she can’t afford in uptown Manhattan.

The intriguing premise will draw readers into Social Creature, as Louise struggles to keep up with Lavinia’s excess and tempers. The inequality of their friendship comes through, with the power dynamic off kilter from the beginning. Louise is infatuated with the beautiful IT girl, longing to be as confident, as blond, as skinny, as rich as her new friend. The infatuation diminishes over time, however, as Lavinia reveals her manipulative and controlling tendencies, traits that Louise remembers well from her ex-boyfriend Virgil Bryce.

Louise’s descent into petty theft and then crimes far more serious makes for a lively read, although the laboured narrative style drags it down. The superficiality of the world the girls inhabit is well rendered, particularly at the beginning as Louise tries to fit in: “Louise remembers what happens if you can’t pull your own weight at a party. People look over their shoulder; they forget you; they talk about you once you’ve gone and they do not reinvite you.”

Burton showcases the worst of the Instagram generation, a world where everything must be snapped in the best light and compliments are like oxygen. If the girls aren’t telling each other that they’re beautiful, they’re scrolling through social media, desperate for affirmation. The atmosphere of artificiality is clear: “She’s wearing a flapper dress and she has cat’s eyes and fake lashes and she looks like she’s not even from this century. She looks like she’s not even real.”

This unreality unfortunately infiltrates the novel as a whole, with dialogue and characterisation that feels inauthentic. An intrusive omniscient narrator is used intermittently: “Louise has never had one of those nights before. Don’t worry. She will.” Elsewhere, it breaks the fourth wall at random junctures: “You and I, of course, we know the truth.” Or in blatant efforts to hook the reader: “Now is the part you’ve been waiting for. You and I both know what happens now: Lavinia doesn’t make it. But the thing you have to understand is: why.”

Few readers will care about the why. Lavinia is a one-dimensional rich-kid whose thinly depicted mental health issues fall flat on the page. She is a character so obnoxious that that many will fail to understand Louise’s infatuation. “Things happen around me,” she consoles Louise over a ripped dress. “The gods will bring us another one.” Lines like these are at least better than Lavinia’s fictitious-sounding literary quotes.

Louise is herself partial to a few clangers. “The thing about Tennyson’s Ulysses is that everybody knows it. You’re not special for knowing it,” she says, before immediately contradicting herself: “If you know one poem by Tennyson it’s probably that.” Elsewhere the observations are just plain odd: “It’s probably trite: like Klimt posters, like Mucha, like The Love Song of J Alfred Prufrock.”

Burton, the winner of the Shiva Naipaul Award for Travel Writing, has completed a doctorate in theology at the University of Oxford and also works as a scriptwriter and essayist. One of the most grating things about the narrative style of her debut is the repetition of the line, “Here’s the thing,” before observations that for the most part don’t warrant special attention. Other issues are with side characters named from literature – Lydgate, Rex Eliot, there’s even a Beowulf – whose names are actually the most authentic thing about them. They are all cyphers whose elitist, faux intellectual conversations make for uninteresting scenes. There is, of course, an element of satire to Burton’s writing but the humour isn’t sharp enough to carry it.

Comparisons to the novels of Patricia Highsmith and Donna Tarte are appropriate in terms of setting and plot but not execution. Unfortunately, Louise’s critical assessment of her bestie Lavinia’s work-in-progress cuts quite close to the bone: “The prose is too purple and the sentences are too long and the literary allusions are too forced and every other line is a quotation or a character monologuing about the nature of Life and Art.”