A slow burning, beautifully written debut on the art of reflection 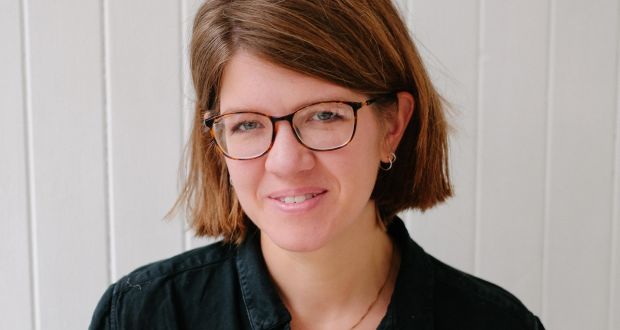 Jessie Greengrass: ‘a lifetime’s inculcated faith in the explanatory power of books’

“She told me that without reflection, without the capacity to trace our lives backwards and pick the patterns out, we become liable to act as animals do.” Jessie Greengrass has followed up her acclaimed short story collection An Account of the Decline of the Great Auk, According to One Who Saw It with a most unusual debut novel that explores the art of contemplation.

The precise prose and commanding tone of her collection, which won the Edge Hill Short Story Prize and a Somerset Maugham Award, are also to be found in her new book. Sight gives an authoritative account of one woman’s decision to become a mother, while simultaneously weaving in biographical stories of famous visionaries down through the centuries.

We visit 19th-century Paris as the Lumière brothers show their cinema films for the first time. In the same era, the German physicist Wilhelm Röntgen is inventing the X-ray machine, whose black and white imagery his wife Bertha thinks akin to looking at her own death. It is a neat line that highlights a central theme of Sight: how reflection and analysis can either enlighten or stultify.

This is made even more apparent in later sections that look at Freud’s studies in psychoanalysis. A four-year-old boy who won’t leave his house after seeing a horse drop dead in the street makes for an interesting case study, as Freud draws parallels with the horse and the boy’s father. The narrator considers it from a different perspective: “Even now I feel the horror of it: to be made to feel in ignorance of oneself, to be stripped of those privileges subjectivity brings – a still, sure place to stand; a premise; the right to know one’s mind.”

The narrator is well placed to ponder on analysis, having grown up with an unhappy and distant single mother and a psychiatrist grandmother. “Doctor K” frequently used her as a subject, instilling in her granddaughter from a young age an adult’s capacity for reflection. While this has given her a keen moral sense, she has missed out on the instinctual joys of childhood. Nothing is done without thinking. As she meets and falls in love with Johannes – who the reader only gets to meet in snippets through the narrator’s perspective – the decision over motherhood looms.

But this is not a novel about uncertainty; the narrator is clear from the beginning that she would like a child. What she ties herself up in knots over is the question as to whether she would make a good mother. Greengrass sets up this interesting philosophical topic with ease, drawing the reader in with a voice that is fiercely intelligent and always probing.

Having studied philosophy in Cambridge, the English author’s style is similar to the American author Jenny Offill who also draws on the worlds of science and philosophy to examine the domestic. In Sight’s moments of quiet reflection there are echoes of the Irish writer Mary Costello, and even Maggie O’Farrell’s recent memoir I Am, I Am, I Am, though the latter has a page-turning compulsion and less formal register.

The reflection-heavy narrative of Sight, which is virtually dialogue free, weighs on the reader at times, particularly in the closing section. For all its meticulous thought, not a whole lot happens. Readers who are interested in philosophy, parenting and heredity will nonetheless be satisfied.

The insights come hard and fast from the opening pages as the narrator considers the “unduckable responsibility” of motherhood and the fear of losing her identity. It is a fear already experienced while caring for her terminally ill mother, of being at beck and call, “held to shape by a rigidity which was not my own”. Greengrass charts the process of dying in unforgettable terms: “The accumulated worry of the days and nights before, the unbreeched sadness, the things unsaid, the white foam which had filled and refilled her mouth.”

Afterwards, the sadness hits her in everyday things like not knowing how to manage the heating: “This is where grief is found, in these suddenly unfilled cracks, these responsibilities – minute, habitual – which have lain elsewhere for years and which, having failed amongst grief’s greater broil to be reapportioned, are overlooked in favour of the more dramatic, until even the ordinary starts to crumble.”

Such striking sentences occur frequently in Sight. From the big life contemplations on birth and death, to the more minor descriptions of killer migraines: “After each attack the memory of pain was erased, but I could recall clearly how it had felt to be so enraptured and how the aftermath had been, that hollow peace that was so much like resurrection, and I wondered if it might be worth it.”

Readers hoping for a plot might also wonder, but this accomplished and melancholic work nonetheless offers what the narrator herself calls “a lifetime’s inculcated faith in the explanatory power of books”.