Mia Gallagher has a soft spot for the scuzzy and the down-at-heel, the marginalised and misunderstood 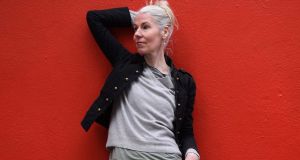 Mia Gallagher is the author of two lengthy and ambitious novels, published a decade apart. Her 2007 debut HellFire was a 650-page sprawling epic set amid Dublin’s underclass and told in dialect. This was followed by 2016’s Beautiful Pictures of the Lost Homeland, a complex, intergenerational tale told from shifting perspectives. Several of the stories gathered in Shift predate that first novel – a couple even date back to the early 1990s – but the hallmarks of her distinctive prose style are very much in evidence in most of them.

Gallagher’s fiction combines gritty social realism with formal experimentation, with a particular soft spot for the scuzzy and the down-at-heel, the marginalised and misunderstood, and the downright creepy.

The title story, Shift, takes us inside the mind of a surly driving instructor who likens every woman he meets to silver-screen stars such as Lauren Bacall and Sophia Loren, and forms an ambiguous friendship with a cross-dresser. The narrator of Hello My Angel relates a dispute with a noisy neighbour; as the story progresses, he comes across less like the aggrieved victim and more like a voyeur and a bully. Gallagher’s penchant for blithe, hardened narrators comes to the fore in Found Wanting, in which a married woman recounts the details of an adulterous affair. Falling in love with her husband had been merely “an all-too common chemical high, Nature’s sugar pill for genetic coding’s cruel triggering of the replicate-slash-nurture button”. The compulsion to cheat was, likewise, an irresistible force of nature.

One of the most striking stories in the collection, Pinning Tail on Donkey, is set in a digital dystopia. The narrator, a 10-year-old girl, hankers to be invited to the birthday party of the most popular girl at school, Maisie. The invite finally arrives after an agonising wait, and the children play old-fashioned party games in a spirit of ironic nostalgia. Maisie turns out to have been a kind of bot, and the whole exercise an instruction in economic competitiveness: “One by one, we had the carrot of her party waved before our noses and one by one, we had suffered in solitude, each experiencing . . . the divine agony of atomisation of labour.” Told in rhythmic, lyrical prose in an approximation of internet vernacular, the tale is a timely speculation on the implications of artificial intelligence. “Hard to know what’s, yes, me, and not,” ponders the young narrator.

Other stories are less compelling. The Lady, Vanishing, about a man disposing of a sex doll in a council bin, and Polyfilla, in which a man is ejected from a dinner party and then beaten up on his way home by a woman he had treated disdainfully at the party, are fairly unsubtle portraits of jaded masculinity. All Bones, about a young couple who make a shocking discovery when exploring a derelict old market, reads like a Young Adult horror story. It opens with the couple meeting at a rave: “Dark. Sweaty. Bass pounding. Bodies heaving . . . In the centre of the dance-floor Neil knelt down . . . He was out of his face on acid.” Headhunter begins with a description of a room that smells of disinfectant, urine and semen. The walls are yellow and there are brown stains on the floor, which put the protagonist in mind of faeces. If one is not sufficiently neurotic as to be appalled by the mere mention of filth, such set pieces are not nearly as arresting as they are presumably intended to be.

Occasionally it feels as though Gallagher is trying a little too hard to cram urgency or elliptical obliquity into every paragraph. The busier stories are not always the best ones. More Often in Future, which kicks off the collection, is no less poignant for its simplicity. It tells of two former school-friends, Trish and Noelle, who are reunited after many years. Noelle had admired and envied Trish when they were kids, and had been friendly with her brother. When they meet up in adult life, Trish’s life has gone awry, and Noelle is plunged into maudlin reflection, “thinking of . . . the wooden hug she’d given Trish when they’d parted and not really wanting her to phone like she’d said she would. Wondering if it was the brother she wanted to come back, or just the her he liked playing with.”