Chatto & Windus says literary memoir is ‘an incredible love letter’. ‘I Found My Tribe’ tells of her life with filmmaker Simon Fitzmaurice, who has motor neuron disease 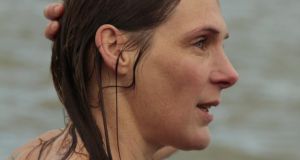 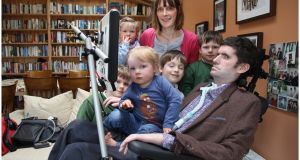 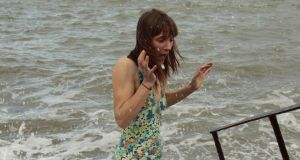 An article about swimming in Greystones, Co Wicklow by Ruth Fitzmaurice, published in The Irish Times last January, has led to her securing a “significant” international book deal.

Major British publisher Chatto & Windus bought the literary memoir in a pre-emptive bid within 24 hours of seeing a 25 page proposal. In a statement they said she was “a stunning new writer”.

The book will explore the writer’s life with award-winning filmmaker husband Simon Fitzmaurice, who has motor neuron disease, their five children under 10 (Jack, Raife, Arden and twins Sadie and Hunter) and the team of nurses and carers who share their home in Co Wicklow.

The book, I Found My Tribe, has been described by the publishers as “an incredible love letter” to her family and to her husband Simon who due to his illness is paralysed and can only communicate using his eyes. Two years ago he wrote his own acclaimed memoir, It’s Not Yet Dark, using an “eye gaze”computer.

The “tribe” in the book title also refers to her outdoor swimming club in Ladies Cove, Greystones, which featured in the Irish Times article, Fitzmaurice’s first published piece of writing. In it she wrote powerfully about how swimming provides her with an important outlet in the midst of an intense and demanding life.

Speaking to this newspaper, Fitzmaurice, who is originally from Ardee, Co Louth and turns 40 at the end of March, said she was “thrilled and excited” with the news.

“The article I wrote in the The Irish Times had a viral amount of hits, but still not as many hits as I took to the head. I just couldn’t have expected that kind of reaction,” she said.

“Life got very strange very quickly and suddenly agents were emailing me about book deals. A wonderful lady called Sarah Williams from SophieHicks Agency in London spoke from the heart and stole mine.”

Fitzmaurice spent the next two months “writing my head off”, putting a book proposal together. “My house was a mess, I was ignoring my children and I was failing spectacularly at a thing called balance. Now I find myself writing a literary memoir with Chatto & Windus. I’m still working on the balance but life couldn’t be more wonderful.”

Chatto & Windus publishing director Clara Farmer, who purchased volume, audio, serial and ebook rights in World English territories, described the book as “an incredible love letter to her husband, family, the natural world and the brightness of life”.

She added: “Ruth’s voice is unexpected, passionate, poetic, explosive, desperately funny – she is a born writer and reading her is a life-altering experience.”

There were no financial details released but according one sources the amount is “significant” and it was described as a “major acquisiton” by the publishers.

I Found My Tribe is due to be published next year.