Published on the same day as the ‘Charlie Hebdo’ killings in Paris, Houellebecq’s novel about France under Islam shows his knack for writing himself into the eye of the storm 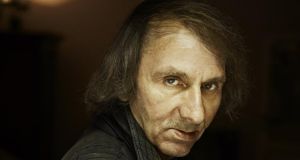 ‘France is not Michel Houellebecq . . . it’s not intolerance, hatred, fear.” So declared French prime minister Michael Valls before the publication of Houellebecq’s latest novel. No doubt Valls, like many others on learning of the book’s subject matter, assumed it was going to be a caustically Islamophobic read.

Submission imagines a France of the near future under Islamic rule, following the election of a Muslim president, backed by the Socialists in order to keep Marine Le Pen’s National Front out of power. Incredibly, the novel was published in France on the same day in January that Islamic extremists launched a murderous attack on the offices of Charlie Hebdo in the heart of Paris. This apparent coincidence, like the prime minister’s denunciatory comment, underscored what has long been apparent: in terms of relevance, prescience, divisiveness, and his uncanny knack for writing himself into the eye of the storm, Houellebecq is simply peerless as a contemporary novelist.

This is not the first time controversy has flared up between Houellebecq and Islam. Platform, his fourth novel, almost earned him a fatwa. Ending with a horrific jihadi attack on a beach resort frequented by western tourists, that novel was published just a few days before September 11th, 2001. Later atrocities at Bali and Tunisia could have been lifted straight from its pages.

Admittedly, in Platform, Houellebecq did not have much good to say about Islam. “Muslims on the whole aren’t up to much,” muses its narrator, Michel. By the end, embittered and alone in Bangkok, he feels “a quiver of enthusiasm” every time he hears of a Palestinian child or pregnant woman being gunned down in the Gaza Strip, gratified “at the thought of one less Muslim”.

Houellebecq has never been one to take the obvious ideological angle, however, and the provocation in his new book assumes a surprising form. Far from envisioning a brutal, Islamic State-style caliphate swarming across France, Submission suggests that yielding to the rule of Islam, with its reassuring social and sexual hierarchies, might be a good option for an otherwise terminal Europe. Atheist materialism and the harshness of the sexual free market offer only sorrow and lack of meaning, whereas political Islam delivers purpose, stability, truckloads of Saudi and Qatari money, multiple wives for the men, and lives of fulfilling submission for the women. What’s not to love?

Francois is an academic in early middle age, an expert on Joris-Karl Huysmans, author of the unnerving decadent novel Á rebours. He teaches at the Sorbonne, and his life is comfortable but empty. Sceptical about love, he engages in a series of low-energy, year-long affairs with his students, stirred from listlessness by their short skirts and nubile bodies. Alcoholic and a smoker, he observes with melancholy the declining frequency of his erections, and notes the similar despair of his female counterparts at the university (“the sagging of her flesh . . . condemned her to a lasting solitude”).

In other words, Francois is the emblematic Houellebecqian male. On the brink of a “stupefying and radical solitude”, he can conceive of nothing better in life than sex, but does not believe that it can ever make him happy. “In the end,” he says, “all I had was my cock.” He describes himself as “almost completely lacking in spiritual fibre”. Though he is close to suicide, even that act is contemplated not out of any passion or agony, but “simply from the degradation of the set of functions that resist death”.

Francois is bored by politics. The rise of the far right livens things up a little, bringing to the debates “a long-lost frisson of fascism”. But it is only when tensions between the National Front and the Muslim Brotherhood, with its shrewd and moderate leader, Mohammed Ben Abbes, bring France to the brink of civil war, that Francois fears “political history” might impinge on his life, adding discomfort on his “waiting to die”.

Ben Abbes is elected president. The changes effected by his new Islamic regime are swift, but far from catastrophic. Nonetheless, with his position in the university under threat and danger in the air, Francois goes to ground for a while in the southwestern countryside.

When he returns to Paris, Francois learns that he has lost his job at “the Islamic University of Paris-Sorbonne”, though he will receive a juicy Saudi-bankrolled pension. If ever he wants his job back – and an even juicier salary – all he has to do is convert to Islam. Cut adrift, he continues to observe the changes in French society. Women dress more “decently”, which makes life less of a torment of desire. The Muslim Brotherhood has reduced crime dramatically, bringing order to even the most unruly districts. Polygamy is in. Rediger, a professor who has converted to Islam, marries a girl who has just turned 15; Francois eyes her admiringly.

Having no students to sleep with, Francois enlists the services of call girls. The sex is recounted in typically pornographic manner: “She kneeled down and began by tonguing my arsehole . . . all the while wanking me off with short quick strokes”; “She had a tight little arse . . . I could spend hours fucking it without the slightest fatigue or joy.” But Francois wants more than a “little whore”; he wants a little whore who can cook. Or even, why not, a woman to perform each of the roles, like Rediger has. Perhaps converting to Islam is not the worst a man could do . . . In Submission, Islam is the ultimate male fantasy. As far as these things go on planet Houellebecq, it is even a happy ending.

Like all Houellebecq’s novels, Submission reads largely like a fictionalised essay, much of it delivered through long, boozy after-dinner dialogues. The subjects are familiar: sex, love, sociology, metaphysics, religion, Nietzsche, late capitalist despair, “not to mention the sagging of the flesh”. As ever, there are droll, Ballardian paeans to consumer goods (“Microwave dinners were reliably bland, but their colourful, happy packaging represented real progress . . . one’s sense of participating in a collective experience, disappointing but egalitarian, smoothed the way to a partial acceptance”).

The author’s first foray into the political thriller, Submission is no less putrefactive than his earlier books, yet it is also calmer, almost amicable in tone. For all its concessions to faith, it does nothing to alter our sense of Houellebecq as a genuinely unhealthy author, whose work is perhaps not just a symptom, but an agent of the anomie and exhaustion he so forcefully exposes. His vision might be sickly, but, as with the rise of the caliphate or any other nightmare, it is hard to look away. Houellebecq keeps on producing the most urgent and disturbing novels in our time. Tempting as it might be, we can’t pretend he isn’t happening.

Rob Doyle’s second book, This Is the Ritual, will be published next January by Bloomsbury and Lilliput Press