Neither here nor there: Anne Haverty on an outsider’s life 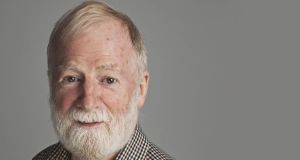 A gain and again in this memoir Denis Sampson writes about his difficulty in finding anywhere a home, but it’s only when you put the book down that you realise what an apt title it has. Even when Sampson was rooted in his rural Irish childhood of the 1950s, his roots were pale and delicate things, always seeking the light of elsewhere.

His mother was largely responsible for this sense of unrootedness. Not that he blames her: Sampson is not in the blame game. She was well intentioned – and, anyway, the consequences could not be said to be on balance negative. He is one of the hordes of Irish people who made their lives abroad – in his case a very good life in Canada – but have had to work through a pervasive sense of belonging neither here nor there.

Growing up on a farm in east Clare as the second son, he always knew he was destined – obliged, really – to leave for pastures new. From the start it was made plain that his brother would stay on the farm while he would be educated for the more glorious future, in the bigger world, that his mother was planning for him. He was her pride and joy, and the dreams she had for Denis were reflections of the frustrated dreams she once had for herself.

In most ways it was a typical country childhood. Sampson’s father, a silent, shy man, was immersed in the farm work, his only outlet his love for fishing expeditions on the lake that was the dominant feature of the local landscape. Young Denis would sometimes go along. They were a companionable pair out on the lake, but they never spoke. Denis’s primary relationship was with his mother. She was unusually progressive, and proactive about advancing his prospects – for example, arranging lessons in French when a woman turned up in Mountshannon after a long career as governess to the children of aristocrats across the Continent. The French language, and France, would become an important theme in his future life.

But first there was his introduction to books. Books would become his passion, his guide and his locus of identity – and would turn out to provide his livelihood. On a rare visit to Limerick the family paid a ceremonial visit to a bookshop for the purchase of a deluxe edition of Robinson Crusoe, a title selected by his mother. Transformed by castaway fantasies, the farm and lake assumed an unreal quality that distanced him from his brother’s and father’s material view of the place.

Her attitude towards O’Brien was much the same, and The Country Girls made only a brief and secretive appearance in the house before it was spirited away again. In a rare act of audacity Denis sent away for the risque novel when he was at boarding school. He was disappointed to find that it told truths he felt he knew already rather than revealing any secrets, and it would be John McGahern rather than his cousin who became his focus of admiration.

Another unusual advantage he enjoyed for a country boy of his time was an early acquaintance with France. The former governess and her French nun friends organised an exchange between Denis and Patrice, a boy who lived near Paris. Patrice was a conscientious youth, and over six weeks he showed Denis Paris, inducting him into French history and culture. But again it was official culture he got to know rather than the revelations about sex he was hoping for.

He was at University College Dublin for the era of student sit-ins and protests and was absorbed for a time by leftist politics. This interest fizzled out amid the anxieties of finding his feet in Montreal when, following the trajectory of the nascent academic, he went to McGill University to study for a PhD. And although that was not his intention he would not, apart from holidays, come back to Ireland again.

It’s a common enough story and not one with dramatic events. Its significance for the narrator lies in what it all meant for his emotional and psychic evolution. The book’s photograph of Sampson shows a cheerful bearded fellow who would be well able, as he tells us he was, to acquit himself with appropriate urbanity in his urbane world. But, as he also tells us, he is, behind that cheerful face, conscious of archetypal Irish afflictions. Many years in Canada were marred by feelings of anxiety, of not fitting in, of sadness, uncertainty and shame. He sees his life as an attempt to learn to truly speak – he may be more like his father than he once believed – to find his real voice, a voice he suggests he has found in writing.

For the reader the interest lies in how well and honestly he uses that voice. And in some ways he uses it rather beautifully and in others disappointingly. Being an academic, he is clearly happier with abstractions than he is with the concrete. When he writes, almost in passing, that he was sexually abused by a workman, he describes the priest’s reaction when he “confessed” this – a shocking reaction that explains a lot about the attitude of the Catholic Church in general to abuse – but frustratingly little about the circumstances or his own reactions. The account of a midlife crisis in France is also frustratingly opaque. He is reticent about the people in his life, so the book has a solipsistic quality.

But when he describes his sojourn in the Inis Meáin Gaeltacht, for instance, or his girlfriend’s 1960s gear – long white wet-look coat, miniskirt, her hair “falling long and limp like Marianne Faithful’s or Twiggy’s” – he gives us evocative and tantalising flashes of memory.

Maybe we can look forward to another book from Denis Sampson to enjoy the full expression of that reserved but insistent voice.

Anne Haverty’s novels include The Free and Easy