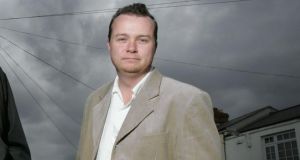 Seán O’Keeffe of Liberties Press: The “only way to ensure that authors and others receive what they are rightfully due is for the company to continue to trade successfully”. Photograph: Alan Betson

Liberties Press, which has published books by President Michael D Higgins, the late taoiseach Garret FitzGerald and former tánaiste Eamon Gilmore, has admitted it owes money to many of its authors and former staff.

Its owner Seán O’Keeffe came in for heavy criticism from writers when The Irish Times reported last week that he was charging unpublished authors €100 each to read their manuscripts.

After that report, 11 Liberties Press authors and three former staff contacted the newspaper to say they had not been paid the money due to them under the terms of their contract.

Mr O’Keeffe has now apologised for failing to pay advances and royalties to his authors. He also acknowledged that three former members of staff who left this year had not been paid their full wages. “This is a situation I am sorry about and I am addressing,” he said.

It is also the publisher of Echoland by Joe Joyce, the 2017 One City One Book for Dublin, an initiative supported by Dublin City Council. A spokeswoman said the council had no comment “at this stage”.

Liberties Press has received almost €80,000 of Arts Council funding over the past six years. The Arts Council funds books that are regarded as of literary merit but may not have the commercial appeal to merit publishing.

Liberties Press was paid €20,000 by the Arts Council in 2015, but only €4,953 this year which will fund a single title. Arts Council literary officer Sarah Bannan said the cut in its funding was down to a competitive bidding process, with publishers vying for limited resources.

Literary agent Jonathan Williams said he was aware of at least 12 authors who have had difficulties getting payments out of Liberties Press. He said it had started off as “enterprising and obliging”, but eventually the royalties dried up for his authors. “It never worked out. As things went on, royalties accumulated. It has vexed people no end. I haven’t sent him [O’Keeffe] anything for years,” he said.

Belfast-based novelist Jan Carson said she received a €500 advance for her debut novel Malcolm Orange Disappears but no royalties. Instead, she was offered 75 books at author’s rate (at a discount to sell herself) in lieu of royalties.

She said she received an advance of €500 but no royalties for her second book Children’s Children.

Rachael Kelly said she received no advance for her debut novel The Edge of Heaven, which won the Irish Writers’ Centre Novel Fair competition in 2014. Kevin Curran said he had sent 12 emails without reply and has since employed a solicitor to secure payment for his second novel, Citizens.

Two members of staff, Niamh Callaghan and Aoife Walsh, quit in September because they were not paid. Ms Walsh said: “We never knew when we would be paid or how much of our wages we would receive. It was very difficult trying to get outstanding wages from him when we left.”

Irish Writers’ Centre spokeswoman Amy Herron said it was a “basic principle of fair treatment” that payments to writers are respected and upheld. “It is disheartening to hear of writers who have not been paid as it undermines the value of their work and the esteem with which a writer is held,” she said.

Mr O’Keeffe acknowledged that he had accumulated debts. “On the financial side, I have managed to pay off many debts, while accumulating others. I have never paid myself more than any of my full-time staff members, and very often nothing at all. Liberties Press has no significant financial backing from any quarter, and injections of funds from various sources, mainly family members, have been required on a regular basis,” he said.

He has vowed to carry on publishing as the “only way to ensure that authors and others receive what they are rightfully due is for the company to continue to trade successfully”.

He claimed “the current campaign against Liberties has many of the elements of a witch-hunt” and said on several occasions during the economic crisis, “the easier path for me personally would have been to close Liberties, and move on to other things. This would have left the company’s creditors, including many authors, permanently out of pocket”.

Having lost most of his staff, Mr O’Keeffe said he was refocusing from a low-cost base and, as a result, there were “good prospects for future rebuilding and growth once again”.