Playthings by Alex Pheby review: Method in the madness 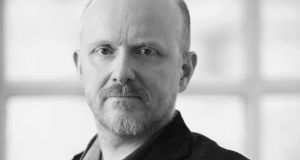 The German judge Daniel Paul Schreber is a fascinating subject for a book. A respected legal authority and a well-known figure in Dresden society, he was hit in middle age with the sudden onset of psychosis. What would nowadays be diagnosed as paranoid schizophrenia was, on the cusp of the 20th century, believed to be dementia praecox, or premature mental decline.

Among other delusions, Schreber became obsessed with female sexuality, wanting to “succumb” to sexual intercourse as a woman and believing, in later stages of the psychosis, that God was changing him into female form.

These thoughts are recorded in a book he wrote about his bouts of psychosis, Memoirs of My Mental Illness, which was elemental to the development of psychoanalysis after Sigmund Freud used it in his studies. Freud believed Schreber’s mental health was affected by a repressed homosexuality, stemming from intense and sometimes violent relationships with his revered father and brother.

Repressions of childhood are central to Alex Pheby’s complex second novel, Playthings. From Essex, the author has a doctorate in critical and creative writing from the University of East Anglia. He presents a challenging narrative that hops from Schreber as a severely disturbed adult back to the traumas of childhood.

Asylum Playthings is not the first novel to take inspiration from Schreber’s tragic life, which ended in an asylum in 1911. The Swedish writer Fabian Kastner’s novel The Layman (2013) and the Italian publisher Roberto Calasso’s only novel, L’impuro folle (1974), both tell the story of the judge’s decline.

Pheby’s novel is published by Galley Beggar Press, the independent English publisher behind Eimear McBride’s debut, A Girl Is a Half-Formed Thing. There are similarities: dark pasts, sordid sexual encounters, dissociated voices, modernist styles. But where Girl is passionate, intense, violent, its second-person voice dragging the reader into the distress, Playthings works at a remove. Its fragmented scenes and Schreber’s unreliable narrator create distance.

Pheby eschews a linear plot for an episodic structure that mirrors the disjointed workings of the judge’s mind. It is a fitting form that leaves the reader reeling as they are jolted from scenes of public perversion, to the realities of life inside an asylum in the early 1900s, to the impact that Schreber’s condition has on his family, most poignantly his adopted daughter Frida.

Having received treatment on a number of other occasions, Schreber’s psychosis returns when his wife Sabine has a stroke in the family home. Unable to process the trauma, Schreber escapes into town, gets knocked down by a tram, publicly molests a young woman and ends up incarcerated in an asylum under the care of Dr Rössler and his menacing orderly, Müller.

Once inside, Schreber’s thoughts enter a full-blown imaginary world where he is visited by Alexander, “a mysterious Jewish gentleman” from his past. Prompted by these visits, Schreber recounts the formative events of his childhood.

Amid the innocent play-acting with his brothers and sisters, more complex issues of gender identity and sexuality emerge. “Paul, you be mother if Anna won’t do it,” says eldest son Gustav. Moments later, young Paul has baby Klara suckling at his prepubescent chest: “Her little hands gripped the air, looking for something and her wet lips were over your chest, on the flat, bony ground of it.”

His father’s violent reaction to this act will have life-long consequences for Schreber, who learns from an early age that being effeminate “was the worst thing a boy could be”. Other interesting themes are also explored – sexuality and power, transgression, lineage, and a wider backdrop of a burgeoning anti-Semitism that would soon explode in Europe.

Headings lead into each of Schreber’s episodes, giving a Victorian feel to the text that is appropriate to era. Written in the present tense and sometimes with a humorous tone, they give an omniscient quality. Schreber is relating his own story but this voice in the background reminds us how little we can trust him. The shifts in voice and tense can be confusing though, creating a barrier between reader and character.

Pheby’s powers of description – there is a wonderful sensual quality to his writing – and his knack for dialogue go some way to knocking it down again. The blurring between delusion and reality in the judge’s mind is also vividly depicted. To Schreber, only the past seems real, with whole scenes from childhood remembered with extraordinary clarity. He is incapable of living in the present, viewing the people around him as “playthings” or “flimsy ripples”.

The world is “nothing to him, because they were all nothing.” Creating something out of this nothing is not an easy task but with this most unusual novel, the author has succeeded in doing just that.