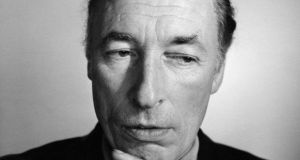 Louis MacNeice: Each section of Autumn Journal is formed with the simple grace of a tautly twisted bud, set to bloom with every reading. Photograph: Lotte Meitner-Graf

Autumn Journal was written between August and December 1938. Before I say anything else, let me say this; it is stunning. Intelligent yet unpretentious, moving without being sentimental, at times funny, at times aching. Each section is formed with all the simple grace of a tautly twisted bud, set to bloom with every reading. MacNeice, in writing this, was gifted that rare blessing so often sought by writers – the impression of having managed to translate the thought and experience exactly as it was felt, allowing it to be transmitted with the least possible interference directly from him to us. We are there with him, we feel the loss, the tension, the dread, the wonder.

Autumn Journal covers the period in which it was written, and for its subject matter ranges from the highly personal to the political, taking in reminiscences of MacNeice’s ex-wife, love, suicide, the state of Ireland, pre-war London, ancient philosophy, the class system in Britain, and his visits to Spain as it fell to Franco.

This extensive list suggests a Tolstoyan or, dare I say, Franzenesque tome, something heavy and worthy and excessively researched. Instead, we have a poem that is truly, viscerally alive. This immediacy, which is what brings Autumn Journal so tantalisingly close to perfection, is something, strangely, MacNeice seems to have felt the need to qualify. In his opening Note, written in March 1939, he says; “It is the nature of this poem to be neither final nor balanced. I have certain beliefs which, I hope, emerge in the course of it but which I have refused to abstract from their context . . . poetry in my opinion must be honest before anything else and I refuse to be ‘objective’ or clear-cut at the cost of honesty.” This prickliness is baffling, and certainly unnecessary.

Regardless, this poem, taken for what it is – an impression of a time as it was lived; ideas and experiences caught in passing, never overworked, nor solidified – is a wonder. I read it every single autumn, to remind me what life is