Nobel Prize in Literature to be awarded twice this year 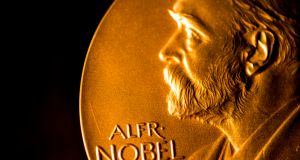 Two Nobel Prizes in Literature will be awarded this year by the Swedish Academy, according to a report from a Swedish newspaper.

Last year’s award was withheld for the first time since 1949 after the august institution decides on the winner, was hit with a sexual misconduct scandal. Following a meeting of the foundation on Tuesday, Dagens Nyheter reported permanent secretary Anders Olsson had confirmed that two Nobel Prizes in Literature would be given out in 2019, to make up for the lack of a prize in 2018.

The academy has yet to make an official announcement about the decision.

Olsson had announced the postponement of the 2018 prize last May, saying that the Swedish Academy needed to commit to “recovering public confidence” due to its handling of a string of sexual assault accusations made against Jean-Claude Arnault, husband of academy member Katarina Frostenson. A series of resignations from academy members over the way the institution handled the accusations followed, leaving the academy with less than the required 12 members to select and announce a winner.

Arnault was subsequently convicted of rape and sentenced to prison in October.

Awarded to the author who, in the words of Alfred Nobel’s will, has written “the most outstanding work in an ideal direction”, the Nobel Prize in Literature is worth 9 million Swedish krona (€854,000). British novelist Kazuo Ishiguro was the last recipient of the award in 2017.

Last year, Guadeloupean author Maryse Condé was awarded an “alternate Nobel”, the New Academy prize in literature, a one-off award intended to fill the void left by the cancellation of the 2018 Nobel prize. – Guardian