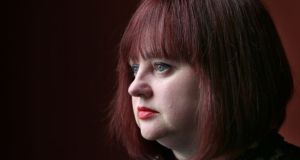 In fresh evidence of the vibrancy of Irish literary publishing, New Island Books, the Dublin-based publisher, and Head of Zeus, the London-based Independent Publisher of the Year, are to collaborate on a range of literary titles originated by New Island. Head of Zeus will handle foreign rights and paperback them for the British and world market. Some titles will be jointly published by Head of Zeus’s Apollo imprint and New Island.

Neil Belton, publisher of Apollo, said: “New Island is a brilliant Irish publisher, and in Dan Bolger it has an editor with a great eye for emerging literary talent. We’re glad that we can help to get New Island’s books the kind of international attention they deserve. Head of Zeus has a strong presence in Ireland and among Irish writers, but we also have networks in Europe, Asia and Australia. We hope that this will be a mutually beneficial arrangement.”

Edwin Higel, publisher of New Island, said: “One of our primary goals has always been to bring our authors to the widest possible audience, both in Ireland, in the UK and farther abroad. The time is now right to make this move, and we are thrilled to be working with Neil and his team at Head of Zeus.”

Fellow Irish publisher Tramp Press has had significant success with two of its titles, Spill Simmer Falter Wither by Sara Baume and Solar Bones by Mike McCormack, being picked up by British publishers, Windmill and Canongate respectively. The latter also published The China Factory by Mary Costello, originally published by The Stinging Fly.

Words Ireland is funding two highly experienced literature curators, Dani Gill and Siobhán Kane, to work closely with two regional arts centres to programme ambitious and innovative literature events for the stage. The Venues Initiative is a pilot scheme to bring quality literature events to the region’s big stages, finding new audiences for the best of Ireland’s live literature performers. Gill, a poet and former director of Cúirt International Literature Festival, will partner with the Backstage Theatre and Arts Centre in Longford Town. Kane, founder and programmer of Young Hearts Run Free and the bi-annual festival No Idle Day, will be working with the Linenhall Arts Centre in Castlebar.

Michael McLoughlin, chair of the Arts Council-funded literary collective, said: “There’s a growing hunger from audiences for great Irish literature. It’s been happening on the page for over a decade. Now we’re keen to make it happen on the big stage too, creating employment for writers and memorable experiences for audiences.”

Bestselling Canadian author Jane Urquhart has been appointed 2017-18 Craig Dobbin Visiting Professor in Canadian Studies at University College Dublin. Urquhart is an Officer of the Order of Canada and Knight of the Order of Arts and Letters in France. Her most recent novel, The Night Stages, was released in 2015 and uses Kerry as a central location. Urquhart has been a regular visitor to Ireland since the 1990s, using a cottage in MacGillycuddy’s Reeks as a writing retreat. She has authored eight novels, among them The Whirlpool (winner, Le Prix du Meilleur Livre Étranger, France); Away (winner, Trillium Award, Canada); The Underpainter (winner, Governor General’s Award, Canada; finalist, Orange Prize); and The Stone Carvers (finalist, The Giller Prize and the Governor General’s Award, Canada; finalist, Man Booker Prize).

“The work of Jane Urquhart has been celebrated across the world. We can’t wait to see our students thrive under her guidance and expertise, and the many contributions she will make to the UCD community,” said Paul Halferty, director of the UCD Centre for Canadian Studies.

Poet Michael O’Loughlin has been invited by Prague to be the City’s Writer in Residence for the months of September and October 2017. Prague is one of Dublin’s sister Cities of Literature in the UNESCO Creative Cities Network.