New fiction: Mislaid and The Wallcreeper by Nell Zink 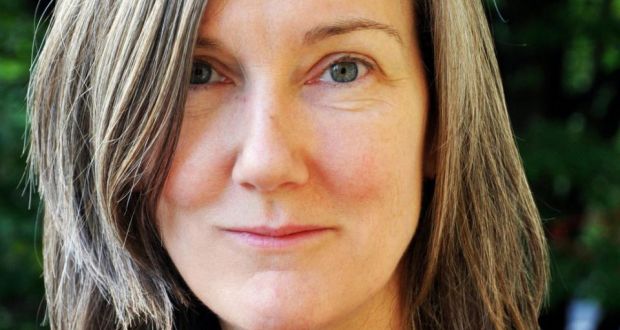 Book Title:
Mislaid and The Wallcreeper

Sometimes an author’s personal life is more entertaining than the fiction she creates. Take Nell Zink’s acclaimed debut novel, The Wallcreeper, which she drafted in three weeks and sold for $300 to a small feminist press. Zink wrote it to amuse a recently acquired pen pal, a fellow bird lover, who just happens to be Jonathan Franzen. Franzen then brokered Zink’s second novel, Mislaid, for a six-figure deal.

The story of the Virginian author’s rise to fame has filled plenty of column inches since she published The Wallcreeper, at 50, through the American micropress Dorothy, last autumn. A picaresque sex farce with an environmentalist backdrop, the slim volume has been republished as part of a double issue by 4th Estate in Europe, to coincide with the launch of Mislaid. Zink’s publisher has dubbed the new book her “official debut”; its draft also took just weeks to put together, adding to the Zink myth.

Happily for the reader, the hype is matched by the quality and originality of Zink’s writing. “Agent bait” is how Zink has referred to her second book, which gives some idea of the type of writer she is: direct, provocative and self-knowing. A plot summary of Mislaid will certainly reel in an audience, but it is Zink’s singular way of telling her story and upending just about every societal norm you can think of that keeps us gripped.

And so to the bait, a dizzying and nonsensical plot that sees Peggy, a lesbian college student who wants to be a man, marry a gay poetry professor in 1960s Virginia. This ill-fated union produces two children – a son, Byrdie, and a daughter, Mireille – before its demise. The extraordinary marriage gets an extraordinary separation when Peggy, afraid of being incarcerated in a psychiatric home after driving a car into a lake, abducts Mireille, shacks up in an abandoned shed and steals the identity of a dead black girl, Karen Brown, for her pale, blond daughter. All this before chapter 3.

Full of irony, contradiction and parody of southern American culture, the book takes on taboos – even gang rape – with a narrative that chops and changes between adult characters and their children, who mature into surprisingly well-adjusted teenagers.

Mislaid is unsentimental in the extreme. Its heroine, Peggy, deliberately sets out to confuse her daughter on issues of race, identity and gender, while working as a drug mule for a Native American redneck dealer called Lomax, who drives around the county with his child bride, Flea.

Zink cleverly, and often hilariously, uses the one-drop rule of racial classification to explain how Peggy, now called Meg, and “Karen” are able to rebrand as African-Americans. Stillwater, Virginia, is old-money society, where tobacco and cotton farms rule, a place where being white means being part of a fairly narrow category: “It didn’t include anyone with dark hair, such as . . . such as . . .such as people with dark hair, who on good days were called ‘Spanish’.”

The novel is highly quotable, with so many memorable lines that you almost miss them with the speed of the plot. The omniscient third-person narrator sums up Mireille/Karen’s dilemma: “To be perfect (adorably wee and blond) yet marked for failure (black and dressed in rags) – don’t we all know that feeling?”

Peg/Meg on gender inequality: “A girl could never be the Second Coming, but you might be His mother.”

Lee, the gay professor, wishes his life were less complicated: “He envied straight men’s lives of duty and gaiety, their world bound by pregnancy and the clap.” Later on he considers the perils of divorce: “You can keep a wife on a very short leash. Divorce is like handing it over to her as a whip.”

Zink eschews traditional scene setting but conjures up the landscape with arresting imagery: “Moonless nights in Stillwater were dark as the inside of a cow.”

As both siblings head off to college the plot hurtles towards a predictable meeting that will reunite the family. The way this comes about is as unpredictable as the rest of the book.

It starts with a Halloween party where Karen and her genuinely black boyfriend, Temple, dress up as “crypto-fascism” and builds to an outlandish courtroom drama.

Nothing is sacrosanct in this novel – racism, gender, sexual violence, patriarchy, family – and Zink’s feverish, intelligent writing carries the reader along for the unholy duration.

Things are never as they seem in Mislaid, a unique romp of a book that takes centuries’ worth of confines and stereotypes and turns them inside out. Or, as Peg/Meg counsels her daughter on dealing with racist bullies, “If you want to cry, laugh. It sounds the same. They can’t tell the difference.”