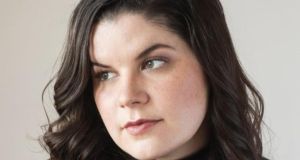 “All he did was fall in love with me, and the world turned him into a monster.”

Kate Elizabeth Russell’s debut novel will cause a stir. Set in the world of the MeToo movement, Russell has painted a story of “alleged” abuse, vehemently denied by the main protagonist, to such an extent that as a reader, it is hard to use the terms sex offender, paedophile, rape, without feeling like you are betraying the voice of Vanessa, the victim of these things. Even “victim” feels like a weird word to use, the character of Vanessa does not see herself as one, and resists the tide of calls to speak up and take part in the public dethroning of Mr Strane, a high school English teacher at the heart of a sex abuse scandal. “I’m not a victim because I’ve never wanted to be, and if I don’t want to be, then I’m not.” Journalists reporting on the story are called out for their pushy behaviour, reminiscent of the manipulation of the girls they are writing about – “She just wanted to ride the wave, get a good byline.”