Must I Go by Yiyun Li: A turn for the worse

Book review: The writer’s novel about death and loss is meandering and muddy rather than clear 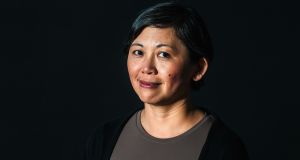 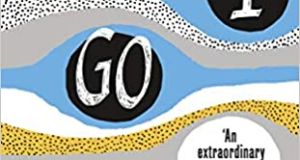 Book Title:
Must I Go

“The writing of this novel was interrupted by life,” writes Yiyun Li, with characteristic reticence, in the acknowledgments for her new book. The interruption was the suicide of her 16-year-old son. We cannot know or imagine her grief; we do know that it drove her to write, in one draft, her 2019 novel Where Reasons End, which imagined a series of conversations between her and her son following his death.

Immediately before that, Li had published a memoir in essays, Dear Friend, From My Life I Write to You in Your Life, which – with an uncharacteristic lack of reticence – directly addressed her own depression and suicide attempts before her son’s death. That she wrote these books at all is an achievement; that they were without doubt among the very best books of their respective years is miraculous.

Must I Go has one overlap with those books: its narrator is an 81-year-old American woman in a retirement home who has never come to terms with her child’s suicide. Beyond this, however, the book has nothing in common with Li’s most recent work: it is much longer, more diffuse and less driven than her last two books, and unfortunately less successful.

The form of the book is unusual. Our retiree, Lilia, after much effort, has obtained a copy of the privately printed diary of her late lover, Roland Bouley, who was the father of her daughter Lucy, though he never knew about her. Lucy killed herself when her own daughter, Katherine, was just two months old, and it is for the benefit of Katherine and her child Iola that Lilia has obtained Roland’s diary.

“Who wants to pull open that drawer called life for others to see?” asks Lilia. But she is annotating Roland’s life with her own comments, so that Katherine and Iola can learn not only about the grandfather and great-grandfather they never knew, but also what Lilia thinks his account is concealing.

This conceit, easier to understand in the reading than to explain, sounds intriguing: think of Nabokov’s Pale Fire, where a luckless poet has his epic work ruined by a mad academic’s footnotes. But Must I Go is not a book of literary electricity; it’s altogether slower and more subdued.

In the title, “go” means “die”, or really “stop”: it’s a book about death and living with death, which Lilia seems to have done for most of her life. Her mother died on the same day as President Roosevelt: “All those tears shed and her mother didn’t even have a drop to herself.”

Now Lucy’s death is the anchor providing both stability and stasis. As we might expect from a Li character, she talks about it at first only indirectly or in passing. At one point she briefly cracks “I would say – oh, I’ve never said this before: Lucy really broke my heart. She broke my heart in a way I never imagined a heart could be broken”, before reverting to her chipper self in the next paragraph, very like the buttoned-up Stevens in The Remains of the Day. Elsewhere we read that “at Lucy’s funeral, someone said to me, thank god you still have the other children. I thank god for nothing, I said.”

Part of the problem

The other children are part of the problem with Must I Go. It has a huge cast of characters: Lilia has had three husbands, five children and 17 grandchildren. And there are also Roland’s wife, Hetty, and lover, Sidelle; as well as Gilbert, whom with Lilia raised Lucy as his own daughter, and whose optimistic views of humanity Lilia mocks. This means we only become familiar with a few of them, and only Lilia and Roland feel realised.

The structure of the story, which is essentially Roland’s life from 1929 to 1969, with Lilia’s commentary, gives it a meandering lack of narrative drive, so the book feels longer than its 350 pages, and muddy rather than clear. And although Lilia is an interesting narrator, with plenty of beef to share, she is prone to speak in aphorisms (“Katherine’s loyalty was like her smile: you know she chose them because they were the easiest ways to accept defeat”), rather as some US TV shows see comedy as people saying witty things to one another.

Yet, perhaps because of the length or the immersion in detail, I found that I missed both Roland and Lilia when the book was over. Perhaps this story of a grief that lies too deep for tears sank somehow into me after all.