Michelle Gallen: ‘I struggle to understand offices. I’ve been told I’m too honest’

A recent attempt to work in an office environment was not successful, the author writes 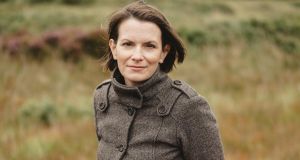 Michelle Gallen: “I guess I identify with ‘oddball’ narrators because I’m not neurotypical.”

Sayaka Murata’s novel Convenience Store Woman was a surprise international bestseller. The book’s unlikely heroine, 36-year old-Keiko, is described as someone who has “never fit in” at school or in her family but who finds “peace and purpose” when she starts work in Smile Mart.

She learns the rules of social interaction (many are written in the store’s manual) and she tries her best to copy the dress, mannerisms and speech of her colleagues. She is extraordinarily happy playing the role of a “normal” person while leading an unusual life, but her family and colleagues want her to find a husband and choose a “proper career” – forcing Kieko to take desperate measures that disrupt her contentment.

Keiko is described as an oddball narrator and her unusual take on life allows Murata (who herself worked for over 18 years in a convenience store) to bring society’s double standards and hypocrisies into sharp focus. Keiko is not identified as autistic in the book, though she recognises she is an “exception” and describes herself as “lacking”. Sadly she believes “Anyone who is lacking is disposed of. So that’s why I need to be cured. Unless I’m cured, normal people will expurgate me”. Readers are left to decide what Keiko’s condition might be (which has led to the book being included on Goodreads’ Best Books About Autism Spectrum Disorder and Females list).

Convenience Store Woman has parallels with my novel, Big Girl, Small Town. The protagonist, Majella, finds purpose and stability working in the local chipper, where the perfect social interaction can be reduced to “What can ah get chew?” and “Comin’ up”. Unlike Keiko, Majella is under no pressure to have a career – in the economically threadbare Irish town of Aghybogey, just having a job means she’s a career woman. Her mother has no interest in nudging Majella towards marriage, for that might leave her without a caregiver. But Majella is pressured to participate in the hysterical manhunt for her grandmother’s murderer, something she resists.

Majella feels different to other people but she does not know she is autistic. Many characters in the book write her off as “odd”. However, Majella’s dispassionate analysis of them and past events allowed me to highlight the oddities and hypocrisies of Aghybogey, giving readers a shortcut into the heart of post-conflict Northern Ireland.

I guess I identify with “oddball” narrators because I’m not neurotypical. A brain injury in my early 20s left me with a range of deficits that mean I experience many of the sensory issues that challenge Majella: I cannot filter lights, sounds and smells. I can end up overwhelmed in busy environments. My brain has no “off” switch – I’m wide open to the tiniest and most beautiful or repulsive details in my line of sight and get exhausted processing everything.

I struggle to understand office politics and some social interactions. Though I try hard to fit in, I’ve been told over and over that I am “too honest”, “too forthright”, “too much”. Interestingly, some medical professionals have noted that I was probably never neurotypical. I had a photographic memory as a child and memorised library books so I could read them in my head after they were returned. I preferred to escape into the fields around our house rather than play with other kids, because social interaction was tiring and often confusing. I learned about people from books, and was puzzled when the kids I played with in Tyrone didn’t behave like Julian and George in the Famous Five novels.

When studying for my drama A-level, I participated in an acting workshop. The facilitator said she didn’t study films in order to learn how to act – she studied real people. That observation struck me like lightning and just like Keiko, I started watching real people in ordinary life – putting me one a step ahead of Majella, who watches Dallas on repeat to help her understand human behaviour. This taught me how to act, enabling me – for sustained periods of time – to mask who I am.

I once worked as a presser in a shirt factory. Though the factory was noisy, I learned the sounds and rhythms of the machines so they sounded like music rather than noise. I loved the routine, and found my repetitive manual job incredibly soothing – for hours and hours each day, I was contractually obliged to iron shirts while not speaking to any humans. I found the social interactions during our twice daily tea breaks stressful, and relied on my socially savvy friends for cues on what to say and do. But I was happy in this structured routine with limited exposure to others, achieving and exceeding the daily targets that were agreed in our contracts.

A recent attempt to work in an office environment was not so successful. I found the constant, random exposure to people and conversations hellish. I completed the contract only because my therapist taught me a set of coping mechanisms designed to help autistic people deal with people and places, noise and light.

The protagonist of Gail Honeyman’s bestselling novel Eleanor Oliphant is Completely Fine works in an office, where she doesn’t fit in. Eleanor is often labelled as being autistic and it’s easy to see why: she’s certainly different and does not see the world in the same way as the relentlessly neurotypical people around her. But the author hasn’t commented on whether or not Eleanor should be viewed as autistic – and neither the book or its marketing materials mention autism.

Eleanor is different to Keiko in that she is clearly unhappy and unfulfilled. I wanted to take Eleanor away from her vodka and push her towards the love she desires. But I was sad that Eleanor’s “differences” were seen as something to be overcome with a decent haircut, make-up, new clothes and a boyfriend. Eleanor is framed like those ugly girls in Hollywood movies who let down their hair and take off their glasses and are suddenly beautiful. As a child I’d watch those movies and think “but she was always beautiful – do people not see behind the glasses?” I also worried that if Eleanor is autistic, she may find that the make-up and new clothes – the masks she is choosing to fit in and find love – are exhausting and in the end, unbearable.

I prefer to think of Eleanor’s differences being the result of the childhood trauma that forced her to divide her life into a “before” and “after”, a trauma that can be overcome with love and understanding. And that Eleanor can be accepted for who she is, without requiring a makeover, without turning down the volume on her voice.

Which brings me to Leonard and Hungry Paul by Rónán Hession – one of the funniest and kindest books I’ve read in years. Reading it I felt a bit like an orphan in a Victorian novel, with my nose glued to a brightly-lit window, watching a happy family have dinner in front of a roaring fire on the other side of the glass. I didn’t want the book to end. Although the book doesn’t mention autism explicitly or even reference it obliquely, someone asked me if I viewed it as an “autistic” novel. Framed in that way, I could see how Hungry Paul might be viewed as an autistic man who finds a bridge to “normal life” via his friendship with deeply introverted Leonard.

But when I contacted Hession for comment, his response floored me. He said that he “completely understands why a novel like Leonard and Hungry Paul, about two socially inexperienced outsiders, would invite curiosity about autism”. But he told me that reading his book while trying to “diagnose” the central characters is a bit like “wondering whether the Mona Lisa is wearing red shoes or not” – you’re missing her smile as you speculate on the unseen.

I think Leonard and Hungry Paul teaches us about loving and accepting the people in our lives for who they are, and what they want to do, rather than what they could do. And perhaps that’s what’s important about every book that features someone who is different – whether that difference is neurological, physical, psychological, sexual or racial.

It’s not our job to slap a label on someone. It’s our job to meet people with kindness, acceptance, and love. To enlarge our understanding of “normal” by accepting and accommodating difference, and celebrating variety. To help everyone live their life the way they choose. For some of us, that journey begins with ourselves.