An epic in miniature, a shocking, century-spanning, peripatetic jigsaw of human pain and loss, communicating the hurt between a daughter and her estranged father 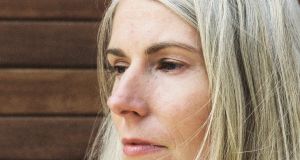 Great novels, really great novels, often display an unresolvable tension between form and content. The content is life, and the form through which it is transmitted, like a disease, is the novel. If the novel is really good it digs as deep as it can into the form of the novel, pushing at its very seams to breaking point, and the reader surfaces from the pages holding something akin to buried treasures, but also feeling a little lost or overwhelmed. To achieve this effect, the novel must go to some new, unexplored place, a place that will often seem misshapen or weird, until it is finally, usually retrospectively, understood as something new.

But sometimes in these novels are little, synecdochal passages, little paragraphs that emote the whole novel’s antinomies. These passages, or paragraphs, clarify whatever tensions have been displayed in the text. They are the map to guide you, the gleam of a lighthouse glimpsed in a hurricane. They are not so much didactic as distillations of the work as a whole.

Here is Georgia, the main narrator of Mia Gallagher’s great Beautiful Pictures of the Lost Homeland, talking to her father, David Madden:

“Is there a better story I should be sharing with you? A tale from a parallel universe? One of those books you used to read when you were my father; a sci-fi epic with a big cast of characters and interwoven plots? A story that jumps from place to place and spans decades, that’s packed with gizmos and technology, heroes and villains and enough alien life-forms to keep even you listening? Instead I offer you this: a hotch-potch of memories, my own talking head intercut with observational footage from a day in the life. Mar, if he was around, would be appalled. Am I avoiding something by telling you this? If I get the chance, will I move on; start talking about other things?”

Here we have, in a question-laden nutshell, the tension between form and content in Beautiful Pictures.

The reader is invited into an epic in miniature, into a shocking, century-spanning, peripatetic jigsaw made of pieces of human pain that intersect and slide into one another, and the moving parts of this jigsaw, that formally coalesce in such beautiful and subtle ways, are all masterfully performed tricks to avoid the inevitable, but ever-retreating, admission of pain and loss between a daughter and her estranged father. The whole work is an attempt to communicate this hurt.

But, when there is so much distance between two people, in order to say even a single sentence, you must learn to speak and understand an entire language. The language Georgia Madden, and her father, David Madden, must learn to speak is Beautiful Pictures itself, which is the form purpose-built entirely to contain the only possible message that could bridge this estrangement.

The ultimate tragedy of the book is that it is the reader that learns to decipher the implications of this message, not Georgia, and not David.

Beautiful Pictures, as a novel to be enjoyed, does not grab your attention, instead it invites you on a journey and then, the deeper into it you get, the more it tightens its grip around you via a strange, cumulative process, whereby you are dropped into the minutiae of a host of characters’ lives, and the unfurling of their past pains – their confusion and their limitations – builds and builds until you are choking within the depths of their pain, caring too much and wondering if you will ever get out. The characters are too wounded, too incapable of movement, too fragmented, too hurt. I say this because it is essential: the whole intricate edifice of this book would be meaningless if it were not so firmly rooted in the depth of characterisation Gallagher brings to bear on her subjects.

Out of a large cast of deftly-crafted characters, the standouts, for me, are the missing men in Georgia’s life: her ex-lover, Martin Canney, and her father, David Madden.

Martin Canney is a miraculous creation. He is simultaneously fiercely proud and scathingly critical of his identity. He is gay, working class, Scottish, intelligent, angry, vulnerable, unapologetic, prideful, loving, unfaithful, caring, wounded, and a gambling addict. All these identities swirl within him, but they are always secondary to the care and tenderness he displays towards Georgia.

The second lost man in Georgia’s life, and the most haunting figure in the book, is her father, David Madden. Gallagher’s portrayal of him is undoubtedly the most painful, damning and loving portrayal of an Irish middle-aged man in any novel since Moran in McGahern’s Amongst Women. Madden is a deeply recognisable type. He is one of those ambitious, but not ambitious enough, rural people, that instead of emigrating, came up to grey Dublin in the latter part of the 20th century to improve their standing and to live a more bureaucratic life, one that would allow them to escape the claustrophobia of familial and communal rural life. But the sheer drabness and boredom of David’s journey, his inarticulacy, his pain, his fearfulness, his unhappiness, his social climbing, and the lack of beauty or meaning he can find within him or around him, ends up being a stark condemnation of not only Irish professional life, but also of fatherhood as a social category.

It is these two lost men Georgia must communicate with. But this essential utterance that must be made, between a daughter and her father, and between a woman and her ex-lover, is always being deferred, kicked back, remaining always almost-spoken, and in the process of delivering this small message the whole tangent of all their histories is unleashed, implied and made complicit with their story.

From the Sudetenland to London, from Clonmel to Dublin, throughout a century’s wars, Beautiful Pictures is an enormous form of diagnostic therapy for those who have not yet been healed of the trauma of their past, and who may never be, but in the process of this book, we are carried through all the big stuff of nations, which never have happy endings, because the unity of a nation is like the unity of a person: it is an unachievable narrative construct, albeit one that runs the world. Gallagher does not shy away from this truth and she has created a human mosaic where all the resolutions to all the narrators’ lives, and the text, are buried across the sea and so deep within the past that they are no longer resolutions at all.

This is a journey of self-discovery where the self does not want to be discovered.

But it is in this hiding, in this interlocking of meaning, this deferment of the communication between the parts, that is so necessary but also so impossible, that Gallagher, I believe, with Beautiful Pictures of the Lost Homeland, has achieved some kind of formal evolution of the novel.

End of the real Jack Reacher? Lee Child passes the pen to his brother

End of the real Jack Reacher? Lee Child passes the pen to his brother
5