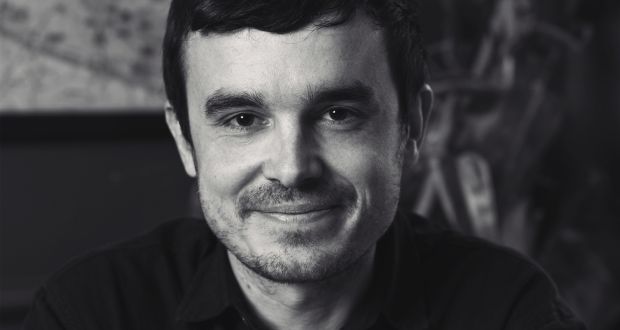 Be the heroine of your own story, not the victim, wrote the late great Nora Ephron. In his debut novel Kismet, Luke Tredget has created a character who is both. Approaching her 30th birthday with fear and loathing, Anna is a London-based journalist in a mediocre long-term relationship who has ambitions to rise above her current status. An entrepreneurial spirit with a strong social sensibility, she’s been raised to believe she is destined for greatness, one of many millennial touchstones that Tredget explores in his intelligent and highly readable novel.

A novel is a fitting vehicle to reflect the heavily curated worlds of social media, the feelings of inferiority that can stem from comparing ourselves to the fictionalised lives of others. Over the week that the action takes place, Anna behaves more like an antihero than a leading lady, allowing herself to become a victim of her own idealism and a digital age that cons her into believing in perfect matches and perfect lives.

Much of Anna’s angst comes from a dating app named Kismet, whose Big Brother aspects are only marginally more sinister than those used in the real world by online matchmaking sites. It collects data about her, “the websites she visits, the playlists she creates, the items she buys, the pictures she likes, the people she befriends; in short, everything”, in a bid to find her a perfect match.

Tredget lures the reader in with an opening scene that pings with realistic details as Anna meets Frenchman Thomas, a 72 in the Kismet rating system. The scene is interesting enough in its own right, but the plot thickens when we follow Anna after the date – back to the house in Kilburn that she owns with boyfriend Pete. As she creeps into bed, careful not to wake him, the reader is both implicated and intrigued.

Poor Pete, with his “below the national average” score of 70, is none the wiser as the novel plays out in a series of awful decisions that shows what happens when imperfect people strive for perfection.

Tredget tries to make his heroine’s selfishness and deceptions more palatable to the reader with an underdeveloped family history. Anna’s recently deceased father, her idol, left little behind him but debts despite his dream-big palaver. Since his death, Anna has taken medication to alleviate her depression, though the illness is only touched on and as such seems like a token effort to mitigate her actions.

It feels unnecessary, particularly as unlikable – by which we often mean real-life – heroines are having a moment. Louise O’Neill’s Almost Love and Jade Sharma’s Problems (published next week by Tramp) offer two contemporary examples of female protagonists who speak the truth as they find it and refuse to apologise for telling their stories.

In Kismet there is something inherently unheroic about the way Anna cheats on Pete, and implicates her friend Zahra in the deception, but Tredget has also created a sympathetic narrator to balance this, a fallible human panicking that her life is nothing in comparison to the one she could have, a Bridget Jones for the Tinder age.

From London, the author has an MA in creative writing from Birkbeck and his journalism has been published in the Guardian. There are echoes of David Nicholls in his ability to create a convincing female voice and how he keeps the reader guessing with the romance plot. When Geoff, an 81, pops up on Anna’s app, her rationalising of everything from his looks, “like the sort of middle-aged actor you see in adverts for credit cards or razor blades”, to his penchant for sermonising makes for an interesting psychological study.

Occasionally the narrative voice can be clunky or repetitive – especially when flagging Anna’s envy over Pete and Zahra’s closeness – but for the most part the writing is clear and carefully detailed. The dialogue is sharp, witty and full of tension in later scenes as Anna’s worlds collapse.

Her office situation is also well rendered, with an obnoxious boss who values churnalism and clickbait. Anna is thrilled when she’s asked to interview a series of high-profile businesswomen, before she finds out that the articles must be “pegged to Breitling’s brand values of power, ambition and sophistication”. In Kismet, authenticity in journalism is a thing of the past, just as it is in the world of online dating.

The novel reads a lot shorter than its 400 pages, with a number of vibrant set pieces – most notably a cringe-inducing birthday dinner where everyone tells their favourite Anna story – complementing the astute observations on modern life. In one of many succinct lines, Anna tells us that Kismet apparently “knows people better than they know themselves”. As the black mirrors around her start to shatter, the only way she can save herself is to switch off from technology and try to reclaim this knowledge for herself.