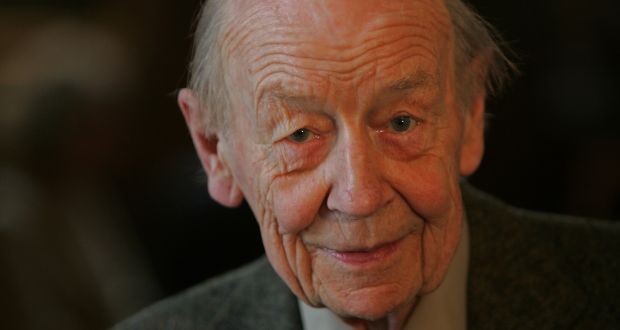 The writer William Trevor gifted us with many great stories and novels before his death at 88 years of age. Photograph: Eric Luke / THE IRISH TIMES

A few years ago, a friend gave me a two-volume, hardcover edition of William Trevor’s The Collected Stories as a Christmas present. It’s one of the most treasured books in my library, an anthology to which I often return. Trevor’s death in 2016 was a great loss but, at 88, he’d lived a long life, gifting us with so many great stories and novels that he surely had no regrets at the end. And here, as a final treat, are his last stories.

The collection begins with The Piano Teacher’s Pupil, an intriguing and prescient piece in that it reflects many questions that have been raised over the past year regarding the separation of art from our moral judgments of the artist. A piano teacher is accustomed to the ineptitude of her students, her ears insulted day after day by the discordant plinkering of talentless children, so when she finally discovers a boy with an unmistakable gift she’s uncertain whether to challenge him over the fact that every time he comes to her house for a lesson, he steals something. Is it worth the loss of her trinkets if, in return, he plays his music for her?

Characters on the fringes of society, often isolated or abandoned women, appear frequently in Trevor’s work. In Taking Mr Ravenswood, a young bank teller, Rosanne, has spent years in an unhappy relationship with a ne’er-do-well, and finds herself, out of boredom more than anything else, going along with an attempt to cheat a wealthy widower out of his money. Occasionally in the very best fiction, a line that at first glance appears insignificant leaps from the page, offering a deep insight into a character, and one such occurs here when Rosanne returns home to collect her daughter “from Nancy Pollitt, the child-minder whom she neither liked nor trusted”. Does this justify her attempts at cheating, the reader is asked, for who, in better circumstances, would leave their child with a woman who fits this description?

Deceitful and troubling relationships between the sexes feature in Making Conversation. A young woman attracts the attentions of a stalker who shows up wherever she goes, causing her great anxiety, but when the man’s wife appears on her doorstep, demanding that she return her husband to her, Olivia finds herself reliving not just her many encounters with the disturbing Mr Vinnicombe, but also with her own brother-in-law, with whom she formed a deep attachment some years earlier. Olivia lives with an unnamed man, a mysterious presence who soaks in the bathtub during her encounter with the stalker’s wife, and again it is left to the reader to speculate on the identity of her lover. The gaps between the sentences allow Trevor’s stories to linger in our minds long after each one has come to an end.

Failure and regret, the dreariness of a humdrum existence that might have become so much more, is another regular theme, and the accompanying loneliness allows a profound sorrow to linger over the pages. Trevor had a profound gift for discovering lyricism and passion within even the quietest of lives and his characters, particularly his female characters, are notable for their determination to survive despite the many hardships thrown their way.

There’s something rather wonderful, after all, about a woman who, having buried her much older husband in a disappointing ceremony, climbs into her car to declare, “I shall relish my widowhood . . . I shall make something of it,” as Mrs Crasthorpe does in the story that bears her name. A complex timeframe is employed to tell the story of a woman who married for money before engaging in affairs and makes regular trips to prison to visit her son who “liked being a persistent offender”. There’s a bright side to jails, as it turns out, if she can strike up a friendly relationship with a warden. Such random encounters are the stuff of Trevor’s stories because they are the stuff of life, unexpected encounters that lead to unpredictable relationships.

There are only a small number of writers whose work will endure long after they are gone but William Trevor, who should have become our fifth Nobel Laureate, is unquestionably one of those. Often, as the archives are searched, lost or forgotten works are rediscovered. Let us hope that happens with Trevor and that the title of this collection, Last Stories, becomes a misnomer.