Kill your darlings: the importance of editing

No editor has time to look at a novel twice. Leading editors offer advice to help writers make the most of their one shot 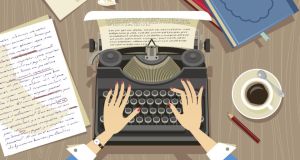 To date in this series we have explored the constituent elements of fiction-writing, from plot, tone and language to voice, setting and characters. If you have negotiated those elements and have started or even completed a first draft, the most important task now is editing.

Writing, it is often stated, is rewriting. This aspect of your book cannot be understated, says Jonathan Cape editorial director Alex Bowler, who edits the work of Martin Amis, Ian McEwan and Kevin Barry.

“For many writers, editing is the period where the crucial improvements are made, and often where the book finds the form that readers will eventually think was intrinsic and there at the point of conception,” he says.

“There may be occasions when a book is unimprovable – that is, in its first draft it achieves precisely what it set out to do. But even in those instances, perhaps the knowledge that one can rewrite down the line supplies an essential freedom, removing the stress of weighing and questioning every line before one puts it down.”

“This book has been chiselled to perfection from perhaps 20 times that number of words – one million words – and over the course of those many years I read totally different versions of this same novel.

“John McGahern’s working methods were the same: write and write, and recast and rewrite, like reducing a fine sauce for a fine meal. The result is a novel in which every word counts and every sentence sings: that is the importance of rewriting.”

A work that engages an editor is crucial, but lesser flaws can often put off interested parties. Many commissioning editors will forgive typos, but baulk at a carelessly submitted manuscript.

Brendan Barrington is senior editor at Penguin Ireland and also edits the Dublin Review. He feels that first-time writers should figure out what works best for them in terms of redrafting.

“Am I the sort of writer who meditates upon my book for a long time, plans it carefully and then writes it with close attention to every sentence? Or am I better off working more iteratively, through draft after draft? It’s about getting it right, not about the number of drafts.

“Having said that, when I receive a manuscript from an unpublished writer offering me his or her ‘first draft’, my heart does tend to sink,” he says.

As someone who has read manuscripts for agents, I would say typos are the least of an author’s worries. Many would-be writers are in such a rush to get their work published that they don’t objectively ask themselves if it is ready.

Bowler says three drafts are normal, in “matryoshka formation. “The first is the structural inquiry: is everything where the writer wants it to be in order to achieve their intended effect? Once that’s locked in, you move down a level, looking at the rhythm of scenes, those smaller, internal structures. Then, the final draft before the copy editor gets involved: the line edit. Are the sentences, the dialogue, ringing true?”

Francis Bickmore is blunt about the need to pare and amputate. As publishing director at Canongate, he works with Mary Costello, Nick Cave and Michel Faber and offers some simple advice.

“Kill your darlings and take the time to allow a manuscript to evolve through editing. If people tell you it gets good at chapter six, cut the first five chapters. You should remember that no editor realistically has time to look at a novel twice. Make the most of your one shot. It’ll never feel fully finished, of course, only abandoned, so there’s also an art to knowing when to step away and let others read.”

Knowing when to show it to others is almost as difficult as judging when a book is finished. Overzealous refining can also kill a book, and Brackstone warns against osmosis. “Overworking the prose, which can lead to the dilution of style, is a real problem. All novelists compose in different and unique ways. Some are instinctive and think in paragraphs, even chapters. Others build sentence by sentence, painstakingly. It can also be problematic to listen to too many voices and to read too many of your contemporaries when writing or reworking. Stick to the Bible.”

Stick it in the drawer

Taking time away from your book is important, and the physical break can help you objectively spot issues with your own work. “The drawer is your buddy,” says Bowler. “You’re not really re-reading if you don’t put space and time between yourself and the last draft. You need to read as a reader, not as the writer of the book, and sticking the draft in the drawer for a good while is a good way to contrive this distance.”

It is said that musicians have a lifetime to make their first album and a year to make their second. Similarly, Barrington cautions writers not to be in a hurry.

“You might not have an agent, or an editor, or a publishing contract – but you also don’t have a deadline. If things go the way you want them to go, that will change: so make use of your freedom while you’ve got it and take the time you need to get your book right.”

Taking time between drafts is mandatory, says Bowler, and writers shouldn’t be afraid of more than one draft.

“Try to be clear about what you want the book to do, and then rework it towards that end. And be prepared to rework in stages, going down in layers, draft by draft, in that matryoshka structure. Don’t expect one new draft to do all the work for you. The other benefit of going about this business in layers: you don’t let the smaller problems distract and delay you from the bigger tasks.”

In the midst of a book it is easy to get disheartened, and disoriented from where you want the work to go, but it helps to remember where you started and why you want to do this.

“Your first idea was almost certainly the best,” says Brackstone, “and it may be the route, or journey to getting there that is the problem rather than the destination itself. Trust the sentences and make sure each sentence embodies the tone and spirit of the novel. Don’t let the book go until it is finished.”

When you think you’re ready to show the world – and we’ll deal with this next week in our final column, which talks to literary agents – do your research and be informed.

“Knowing everything about the agents and editors you are approaching will pay off,” says Bickmore. “Check out acknowledgements sections of your favourite books to find agent and editor credits. Don’t gush. Let them make up their own minds about whether it ‘will appeal to JK Rowling fans’.

“And never forget the intractable influence of chance over all things. Do your best with the writing and be stoical. Good things take time.”