Jack: Fourth Gilead book requires a bit too much patience 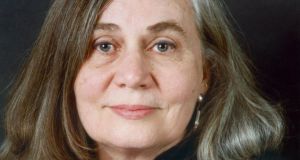 Marilynne Robinson’s new novel, the fourth of her Gilead books, must be one of the most anticipated works of the year. In her previous novels, Robinson has established herself as an unusually calm and understated writer. Her plots are simple and the voices of her characters both indelible and compelling, suffused with an emotional and affective poignancy that can leave the reader’s heart both shattered and somehow expanded.

Jack takes as its focus John Ames (“Jack”) Boughton, familiar to readers of Gilead and Home as the errant, prodigal son of Robert Boughton. In the Gilead novels, we learn about Jack first as a figure of distrust for John Ames, the dying protagonist of Gilead, and later as the tormented brother of Glory Boughton in Home.

1 Helen McEntee holds up well for someone with barely a leg to stand on
2 Michael J Fox: ‘In the wheelchair, I’m luggage. No one listens to luggage’
3 Admission of mistake in Oxford vaccine dose raises doubts over reliability
4 The Crown’s Josh O’Connor: ‘I’m a republican. I’m not interested in the royal family’
5 In Brexit end game, Johnson scours menu of unpalatable choices
6 Covid-19: Government set to reject advice and approve reopening of gastropubs and restaurants
7 Restaurants and gastropubs to reopen in December under Government plan
8 Stephen Collins: Biden can be a friend to Ireland in a way JFK was not
9 Ireland ‘will do well’ out of €5 billion Brexit fund, says Coveney
10 Saoirse Ronan and Daniel Day-Lewis on ‘greatest 21st-century actors’ list
11 Diarmaid Ferriter: Counting fatalities from the Irish revolution
12 Covid-19 a likely ‘catalyst’ for Dublin redevelopment
13 Michael Flatley’s house clear-out: from Hannibal Lecter mask for €85,000 to ‘gorgeous cushions’ for €190
14 Irish fishing industry facing big job losses as Brexit talks stall
15 Trump signals White House exit if Biden wins electoral college vote
16 Bloomberg ranks New Zealand top in fight against Covid-19 - but how did Ireland fare?
17 Louise O’Neill: ‘Fairytale of New York makes me grit my teeth’
18 Tánaiste denies telling McEntee to appoint Woulfe
19 Cliff Taylor: Deal or no deal we are now heading for a hard Brexit
20 A bridge, a border and two Covid worlds
21 Wild Mountain Thyme director says Irish accents are hard to understand
22 Breakfast in Ballsbridge: When Audrey Hepburn met her dad in Dublin
23 West Cork castle shell sells in weeks for around €2.7m
24 Maradona’s terrible, terminal journey from human to myth divided him in two
25 400 – yes, 400! – Irish retailers for all your online Christmas shopping
26 Nicolas Pepe stars as Arsenal seal Europa League qualification
27 Ranelagh’s brand new street with three-beds from €1.325m
28 Move to EU or face disruption, City of London is warned
29 Fiona Reddan: Who’s afraid of Revolut? Not AIB and BOI it seems
30 ‘God is dead’: The world’s front pages remember Diego Maradona
31 Newton Emerson: Unionists should declare Ireland is worked out, Biden can keep it that way
32 Coronavirus: HSE departure from Kerry nursing home of ‘serious concern’
33 ‘He’s Jekyll and Hyde’: The inside story of an Irish barrister and conman
34 The 50 greatest Irish film actors of all time – in order
35 Last orders for Rí-Rá and Globe as Central Hotel gets green light to expand
36 ‘After I won an Oscar everybody agreed with everything I said’
37 Andy Farrell hands Billy Burns first Ireland start against Georgia
38 Third-level colleges aim to resume more face-to-face teaching early next year
39 Helena Bonham Carter: ‘People choose to sleep with powerful people. I got two children out of it’
40 Two in custody after refusing to pledge to stay away from Roscommon farm
Real news has value SUBSCRIBE