Is low-level terrorism preferrable to a peaceful campaign for Basque sovereignty?

Review: Endgame for Eta asks some difficult but pertinent questions about the conflict in Spain 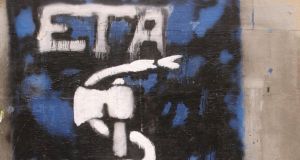 The apparently intractable conflict between the Spanish state and the Basque terrorist group Eta has long baffled and troubled observers, inside and outside Spain.

Teresa Whitfield has written an admirably clear account and perceptive analysis of the conflict’s tortuous and tentative path towards resolution over the past 15 years, but encounters several paradoxes that stubbornly resist full explanation. Why, for example, did so many Basques (about 15 per cent) continue to support Eta’s bloody campaign for independence from Spain until quite recently, when this prosperous region has enjoyed extensive powers of self-government since 1980, and experienced a robust renaissance of its distinctive indigenous culture and language in this period?

And why, on the other hand, should so much Spanish public opinion be apoplectically resistant to the very notion of Basque (or Catalan) self-determination today, when such ideas enjoyed widespread support across the country in the democratic resistance movement to General Franco’s dictatorship? And what are we to make of the scenario last March, when Eta took the unprecedented step of starting to decommission its weapons, verified on video by eminent international peace-makers?

One might have expected the Spanish authorities, and the Spanish public, to give at least a qualified welcome to such a gesture. Instead, politicians and media angrily denounced it as an insulting fraud. The international verifiers were described by a senior member of the governing Partido Popular as “working for Eta and not for Spain”. Worse, they were summonsed to the Spanish antiterrorist court, with the implication that they might be prosecuted for association with criminals.

Jonathan Powell, Britain’s chief negotiator in Northern Ireland for many years, reflected general bemusement abroad when he wrote in the Financial Times: “No government in the world has ever said ‘no’ when a terrorist group offered unilaterally to get rid of its weapons. The Spanish government demands that Eta simply disband itself and disappear. But it is not so easy for an armed group to put itself out of business without the co-operation of governments . . . “[There are] are strong arguments for maintaining both the Eta ‘brand’ and the command and control of the group until it is fully wrapped up . . . There are always crazies out there; and if the brand is vacant and the weapons loose, they will use both.”

Powell is absolutely right, but if Eta’s gesture outraged Madrid, it did not entirely satisfy its own political constituency either.

Open secret
The number of weapons decommissioned was almost ludicrously small. It is an open secret, well documented in this book, that the military wing of the Basque independence movement, crippled though it is by police pressure, has only reluctantly embraced the remarkably creative unilateral peace strategy designed by the political leadership of the radical nationalist left.

As recently as 2009, as Whitfield points out, Eta had responded angrily to the fact that the leadership of the illegal pro-independence party Batasuna, which had supported its terrorist campaign uncritically for so long and at such cost, now had the effrontery to discuss ideas that the military leadership had rejected.

Last March, it looked like Eta was still dragging its heels. The decommissioning episode reveals two interlinked factors that have made this conflict so very difficult to resolve. One is what Whitfield aptly describes as “Spanish exceptionalism”, a sort of blinkered national pride that has segued all too seamlessly from the ultranationalist ideology of the Franco regime through the transition to today’s democratic state.

This manifests itself in the Basque case in a refusal to acknowledge that Spain might have any lessons to learn from the resolution of conflicts elsewhere. One experienced Spanish diplomat revealingly told Whitfield that Eta “were not insurgents, or even just terrorists, but barbarians of the worst kind”.

She also quotes a conservative historian, who wrote that no other European country has had to suffer “the infamy of a discourse of justification which converts assassins into the incarnation of a ‘cause’ ”. One wishes he might have seen some of the murals in republican – and loyalist – Belfast. Or, indeed, that he had reflected on the Valley of the Fallen near Madrid, which to this day elevates Franco’s insurgent assassins into a pantheon of virtuous glory.

The second factor is the similarly blinkered intransigence of radical Basque nationalism, which produces its own distorted version of “the most oppressed people ever”.

Many Basque nationalists did indeed feel a legitimate sense of betrayal when their demand for self-determination was taken off the table by their erstwhile democratic allies in the talks that ended the dictatorship. But the terror Eta unleashed in the first decades of Spanish democracy, killing hundreds of people, including civilians, has no justification whatever.

Spain’s counterterrorist strategy – ranging from state-run death squads and a persistent culture of police torture to a blatantly politicised judicial assault on all manifestations of radical Basque nationalism – in turn nourished the Basque narrative of oppression.

The violent collapse, after a 2006 Eta bombing, of the relatively promising peace process between a Socialist (PSOE) government and an increasingly flexible Batasuna led by Arnaldo Otegi, marked a watershed. Support for Eta faded away, while it was clear that no Spanish government would ever talk directly with the group again.

Whitfield offers an indispensible, meticulously detailed and nuanced guide to the complex manouevres that have followed. Otegi and Batasuna have embarked on the uncharted waters of “virtual peacemaking”, a unilateral process where they have made repeated concessions with little response from Madrid but with some vital international mentoring and assistance.

The outcome to date has produced a further paradox. A greatly weakened Eta says it is has irreversibly ended its violent campaign. Meanwhile, support for its pro-independence aspiration has soared in a peaceful Basque Country, with a newly legalised radical nationalist party winning 25 per cent of the vote there.

Much of the Spanish political establishment and media view this situation with undisguised anxiety and visceral hostility. Whitfield, who is as even-handed as this slippery terrain permits, raises a question that will win her no friends in Madrid, but is pertinent. Could it be that powerful forces in Spain preferred a low-level terrorist campaign from Eta to a peaceful and popular mass campaign for Basque sovereignty?