How to Lose a Country: The 7 Steps from Democracy to Dictatorship review: How dangerous simplicities can run amok 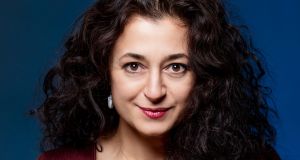 Book Title:
How to Lose a Country: The Seven Steps from Democracy to Dictatorship

A century ago a German political scientist delivered a seminal lecture to a packed auditorium in Munich. A nation was in upheaval. Germany was in the grip of a political revolution.

Tensions between a weary population and a ruling monarchy had escalated to revolution. The ruling emperor had abdicated. The elections for the new Weimar Republic had just taken place.

The certainty of political order was under extreme pressure. “Politics as a Vocation”, the lecture delivered by Max Weber, was therefore a vital reminder of the necessity of politics but also a reflection on its inherent dilemmas.

It is the complete text on modern politics. It defines the State as the monopolist of the right of force, it describes what kind of personality is attracted to politics and warns of the need to strike a balance between the imperative of responsibility and the dynamic of conviction.

Despite the possibility of the moment, Weber warns of approaching “polar nights with an icy darkness and harshness”.

Ece Temelkuran may seem like an unlikely heir to Max Weber. An award-winning novelist and journalist, her modern evocations of Ankara and Istanbul might appear unusual companions to the strife of Munich in 1919.

But the resonance is urgent and clear in How to Lose a Country: the 7 Steps from Democracy to Dictatorship. This is because this work makes the case for the seriousness of politics, for the virtue of maintaining a state.

The author argues of the risks of reducing politics to entertainment. Performance cannot cope with the complexities of political choice.

“How long can we sugarcoat the nitty-gritty of politics in order to draw the apolitical masses to the carnival? Are we afraid of the fact that the answer will probably divide the masses that we’ve only just lured to the party and strung along with carnival spirit?”

These questions are posed as she writes of how politics has assumed, at times, carnivalesque traits as politicians press their claims to a distracted audience.

This is the final moment. This book is a fierce mapping of the preceding stages of dissolution. It begins with the creation of populist movements.

These movements claim a monopoly on authenticity, they alone represent the will of the people. The author argues that “A movement of real people is the new zeitgeist, a promise to bring back human dignity by draining the swamp of the stagnant water that politics has become”.

Anyone outside this movement is an enemy of the people. This focus on a collective movement is presciently contrasted with the individualism of market economies.

This is just the beginning. Language must then be coarsened, critical opinion needs to be suppressed. The concept of objective truth must then be eroded, and with a verve that is typical of this book, Temelkuran writes that “The truth is no longer a deer on the king’s estate, to be killed only by those who sit on the throne”.

The next stage is the gradual dismantlement of judicial and political institutions. This is illustrated by the author’s experience of the rise of Recep Erdogan, and his path to dominance of Turkish politics.

The discomfort of the opponents of illiberalism is well noted. Critics of the functioning of political institutions become ardent defenders when the very existence of the same institutions is threatened.

“The irony was that, previously, many of them had viewed modern democracy as mere window dressing for the neoliberal system, and had enjoyed seeing the State apparatus being punished for its hypocrisy” is the cutting conclusion.

This makes the case for appreciating the dangers of the future and the lessons of history when appraising any political issue. The fiercest critics of US president Donald Trump rarely appreciated the moderation of president Obama. Some of the strongest current supporters of the European Union were not at all vocal in their support for the same union during the economic and political crisis of the last decade.

A steadiness of appraisal is needed. A constancy of perceived crises erodes faith in a better future. Equally, the hyperbole of inflated progress diminishes the credibility of gradual progress.

The intensity of the call for political engagement and the fluency of expression make this an urgent read. Weber also famously argued that “those who are neither leaders nor heroes must arm themselves with that steadfastness of heart which can brave even the crumbling of all hopes”.

Those looking for such steadfastness should begin here. As Temelkuran concludes: “If we are not politically active or reactive, then the act of understanding turns into only the expression and exchange of emotional responses. Our reactions gradually retreat to become nothing more than a sad cabaret”.

Politics is not entertainment. Explaining, in political life, should not be the same as losing. Otherwise dangerous simplicities can run amok.