How Dubliners deal with death

Death is part of the human condition but how we manage it is always evolving. The authors of a new book chart rise of garden cemeteries, undertakers and crematoriums 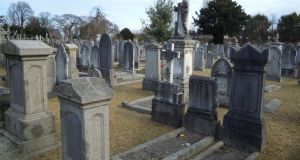 The establishment of garden cemeteries at Glasnevin (1832), Mount Jerome, above, (1836) and Deansgrange (1865) meant that most funerals required transport, leading to the emergence of the undertaker 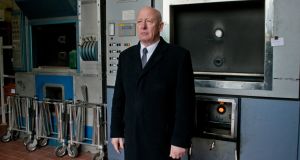 John Campbell, crematorium technician, at Glasnevin Cemetery, Dublin. The crematorium, the city’s first, only opened in 1982 yet today less half of all funerals in the city end at an open grave. Photograph: Brenda Fitzsimons 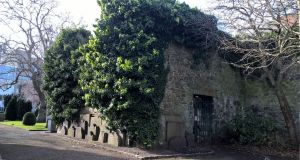 What can a study of death tell us about society? While death is one of the constants of life it is as susceptible to trends as any other part of life. It is tempting to say that we have sanitised death in twenty-first century Ireland and that with a decline in practices such as wakes, removals and wearing mourning clothes, the process of bereavement is shorter and our engagement with death briefer.

As the vast majority of people now die in hospitals we have less engagement with the bodies of our loved ones and the responsibility of preparing them for death falls to professionals. This is perhaps why we turn to digital memorials to mourn our loss and create a public display of bereavement. Recent research into attitudes to death, burial practices and memorials in Dublin over five centuries shows that change is not a twenty-first century phenomenon.

Fear of dying and the pain of bereavement come to all of us, as much today as in the past. They enable us to share an emotion experienced by our ancestors, and indeed by most humans who ever lived. But do we really feel the same as they did about death? Do we behave in the same way or are our responses shaped by the context of our own times? The changing social, political, medical and technological circumstances in Dublin since 1500 have produced an intriguing range of responses to death, burial and remembering.

The historical context and individual circumstances of death are equally important. Poorer Dubliners buried in the city’s crowded graveyards in the seventeenth century did not expect their families to mark the grave with a stone, while their social superiors were interred indoors beneath engraved slabs which paved the church aisles. The practice of marking ordinary graves grew in the more prosperous eighteenth century and became a social expectation among the middle class a century later. Today, the indignity of leaving a grave unmarked could bring shame on a family. So strong is this desire to mark a final resting place that, following a cremation, a “gravestone” or memorial plaque is erected even though there is no grave.

The individual circumstances and broader context combined in 1918-19, when more than 2,500 Dubliners died during the Spanish flu outbreak. The city’s doctors and cemeteries struggled to keep up with certification and burial. Thousands of families felt the individual pain of bereavement brought about by global events. Two years earlier the bereaved families of executed rebels struggled to cope with shattering personal loss and national celebrity status – both equally unwanted.

Such notable deaths happened amid the constant daily stream of “ordinary” deaths, burials and remembering that are part of life. The management of such a regular event has evolved over time. Before the expansion of the suburbs mourners might follow the coffin on the short walk from the family home to the parish graveyard, where the sexton had arranged to open the grave. As medical science advanced, however, people trusted to hospitals in their final illness. So when the inevitable happened the family might face a problem of transporting the remains some distance to their parish churchyard for burial.

When Dublin spilled beyond the canals from the 1840s this logistical issue became more common and a commercial solution emerged in the form of funeral undertakers. The establishment of garden cemeteries at Glasnevin (1832), Mount Jerome (1836) and Deansgrange (1865) meant that most funerals required transport. Some elite funerals in the previous century had used upholsterers acting as “undertakers” to build elaborate settings for sombre, draped catafalques, but now the general public demanded more practical arrangements. Firms such as Fanagans, Corrigans, Nichols and others offered a range of services from basic transportation of the remains to supplying the coffin, mourning coach and flowers.

The Nichols family operated livery stables around Lombard Street, hiring horses and carriages to the city’s merchants, day-trippers and visitors. The company’s archives show the gradual evolution into funeral undertaking; in 1857 they first advertised this aspect of their services, in 1865 Nichols were listed as undertakers in a Dublin trades directory and in 1890 they opened a coffin-making factory. Repeat business across generations of Dublin families, and good business practice, ensured that careful records were required and – importantly for historians – were preserved. Such seemingly specific commercial archives can tell us a great deal about life, death and business in Dublin since the nineteenth century.

Dublin’s reliance on horse-drawn transport is evident from these records, demonstrating that not only were livery stables a basic necessity but reminding us that the work of farriers, saddle-makers, coachbuilders and other specialist trades kept hundreds of families fed, not to mention the feed suppliers, bloodstock dealers and the scavengers who kept the streets clear of horse manure.

The arrival of the motor car and the telephone were as important to undertakers as to other businesses. To see their early use itemised in account books shows how precious these technologies were and the progressive attitudes at work. Changes in mourners’ requirements and expectations also appear in these ledgers. Where the earlier entries might record a hearse and pine or oak coffin, the typical list lengthens as we move into the twentieth century. A mourning car (or perhaps two) for the family, flowers ordered by those unable to attend the funeral, an organist to play in the church, death notices in local and national newspapers and memorial cards with a photograph all became part of the standard funeral.

The opening of the city’s first crematorium at Glasnevin in 1982 brought further changes to the funeral service and to the undertaker’s business, urns and plaques replaced coffins and headstones. With a fourth crematorium opening by the end of 2016 it is not surprising to learn that less half of all funerals in the city end at an open grave.

New technologies and changing social behaviour have altered the presence, or manifestations, of death in other ways. Questions arise over social media profiles when a person dies; detailed help-pages tell you how to adjust your profile settings on Facebook in preparation for your absence, other websites give tips on using a Facebook profile as a memorial wall. To prevent your loved one from continuing to appear on Tinder is straightforward if you know their password, but what about email accounts, websites, domain names and online storage accounts you may own?

A “digital estate” plan is recommended, in which you set out your wishes for your online assets after death. But perhaps the change brought by new media is not so great. The ease with which people have taken to the RIP.ie site shows that the power (and appeal) of the death notice in the paper, or the announcement in church, function just as well online.

We may have had enough centenary events to last a lifetime, but this year reminds us that death and bereavement still take centre stage in Irish life. Not only have we used the centenary to reflect on the lives of the 1916 leaders, but we have used it as an opportunity to review and reflect on our progress as a nation. These anniversaries can remind us not just what we have lost, but how much we have changed.

Grave Matters: Death and dying in Dublin, 1500 to the present by Lisa Marie Griffith and Ciarán Wallace is published by Four Courts Press, at €24.95