Here is the Beehive: Fast-paced tale of tragedy and infidelity

Book review: Former Laureate na nÓg Sarah Crossan has written her first novel for adults, a cleverly-conceived story about the end of an affair 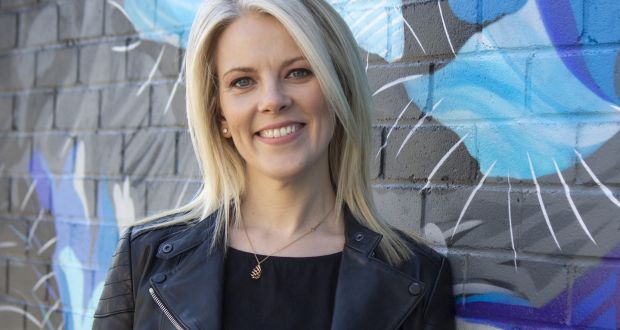 Book Title:
Here is the Beehive

In her first novel for adults, the former Laureate na nÓg Sarah Crossan chooses a subject matter that makes it clear she’s no longer writing for teens. Infidelity is the focus of her new book Here is the Beehive, a cleverly conceived, fast-paced tale about the tragic end of an affair.

This is no plot spoiler: in the opening pages we meet protagonist Ana in the blurry days after the death of her lover Connor, a married father of three. The first of many surprises is that she’s taking a call from his wife Rebecca to help deal with Connor’s will and estate. It is a vivid, unusual beginning that unnerves the reader, landing us straight into the messy aftermath of an affair that ended abruptly.

The mess leaks into the narrative somewhat in these opening pages. Readers may be confused. Ana initially talks about her lover in the present, as if he is still alive. Details come fast and heavy and it takes a while to settle into the story, but this is a deliberate move by Crossan, a writer who knows exactly what she’s doing. A reference in the opening lines to Anna Karenina sees her place the story against a backdrop of famous affairs in literature. Even characters’ names – Ana the other woman, Rebecca the wife – are nods to classic novels on marriages gone wrong.

Crossan, who now lives in Hertfordshire, graduated with a degree in philosophy and literature before training as an English and drama teacher at the University of Cambridge. She is best known for her books for young adults, including One, which won 2016’s YA Book Prize, and 2019’s Toffee. While Here is the Beehive marks a departure from young adult, Crossan has chosen to write the book in a familiar form, that of the verse novel which brought her acclaim for both One and The Weight of Water.

The form is an inspired choice for a novel about infidelity – the snatched evenings and weekends, the deleted text messages and emails, love in an elliptical fashion: “All I have of us is one password-protected photo/proof that once we pressed our faces together and smiled/Other than that/Mark is our witness.” The themes of infidelity – secrecy, desire, loss – are also brought into sharp focus with Crossan’s decision to kill off Connor from the beginning. What does a person get out an affair? What are they left with in the end? Who can they turn to when the only person who really understood their world is no longer alive?

These questions give great momentum to Here is the Beehive. Ana’s reeling, off-kilter voice also keeps us guessing, particularly as the book takes a more menacing tone in later parts. The edginess that kept Connor interested in Ana also extends to the reader: “Acceptance: it was my bounteous gift to you/For a while.” Other intriguing details about her childhood and relationship with her family are given along the way: “I didn’t want Mum’s spit on my skin.”

Ghost of a person

Wounded and honest, with nothing left to lose – or so it appears – Ana shares intimate details with the reader as she mines the affair for where it all went wrong. Susannah Dickey’s recent debut Tennis Lessons is similar in tone, as is Lottie Moggach’s Kiss Me First. What makes Ana remarkable, however, is that she manages, for a while, to keep up the façade of regular life. Her career, her family relations, her friendships continue in the same vein while her interior crumbles.

Side characters such as Rebecca, Connor’s friend Mark, or Ana’s best friend Tanya are vibrantly drawn: “Tanya wears fishnets with stilettos/She sleeps with men on the first date/ Her mother is a lesbian activist/Her father is a reclusive potter.” Structurally the book is also interesting, revealing details of Ana’s life incrementally, titbits that keep the reader turning the page.

The depth comes from the author’s exploration of the affair itself. Crossan gives us the heady, flirtatious beginnings: “‘Let’s expense it to Bupa,’ I replied/You laughed and I wanted to sharpen all my words against you/test how they sounded.” The tawdry details follow soon after: “When we shared hotel rooms overnight/I used the toilets in restaurants, lobbies, shops/so you wouldn’t have to know anything about my shit/And you did the same for me, I believe/The f*cking romance.”

With both the style and structure of the book, the smallness of the affair comes through, how it can mean so much but ultimately represent so little. In the end, what Ana is left with is a ghost of a person and what he meant to her. The best she can hope for is to sit at her computer, refreshing his social media, checking for new posts “in case it’s all been some grisly mistake”.