Happening review: An investigation of ‘the reality of an unforgettable event’

Annie Ernaux’s indiscriminate telling is a real attempt at truth 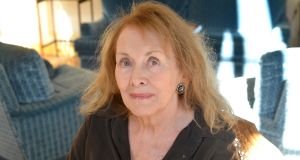 Annie Ernaux has long been celebrated as one of France’s best, in a genre where the French excel: autobiography. Photograph: Catherine Hélie © Éditions Gallimard

When I was 22, I lived across the hall from a French girl. Often, she would come over and sit in our kitchen talking about sex. Being “the French girl”, she was the only one capable of talking frankly about it. One day, she declared her greatest sex-related fear was contracting Aids. My roommates and I, Irish and naive, admitted we would be far more nervous of getting pregnant.

“But Aids is more serious than pregnancy,” she argued. We knew this, yet we were united in our twisted logic. We couldn’t explain it. Ireland was different.

In the first scene of Happening (Annie Ernaux’s 2000 memoir, translated by Tanya Leslie, now published in the UK by Fitzcarraldo Editions), the narrator waits for the results of a test she is certain will reveal Aids. She contemplates the lovemaking – the “dance of death” – that led her here. When the doctor says “the tests are negative”, she bursts out laughing, relieved, and tells herself “once again I had been saved”.

Thus, we are brought back to the “last time” – the event (or L’événement, as the French title would have it) that, years previously, induced “the same feelings of horror”. The thing that, in the end, was just as liable to kill her.

1963. Rouen. Ernaux, a student of 23 waits for a spot to appear on her underwear and writes “Nothing” in her journal each day it does not. It will not. She is pregnant. She has no intention of keeping it, and no idea how to procure an abortion in a France where this is illegal. Time starts ticking.

Ernaux has long been celebrated as one of France’s best, in a genre where the French excel: autobiography. This “événement” permeates much of her work, at times obliquely, but Happening is a direct investigation of “the reality of this unforgettable event”.

Two questions prevail: how and why. How to tell a story that is untellable, from a perspective that is inherently untrustworthy? And why? What good will it do?

Ernaux’s work is an attempt at truth. Not a narrative bend on truth, but an “endeavour to revisit every single image”. Even the coffees she has each day at the student bar, even the knitting needle she inserts into her vagina, even the curtains over the window in the abortionist’s. It is indiscriminate telling.

The most brutal of these images is one of her bathroom abortion. No gory detail is spared. For the reader, it is distressing. Again, we ask: why? Why read this painful thing? This thing whose subject matter is hard, whose form is strange. This thing that professes uncertainty. This “issue” thing. This woman’s thing.

Of course, there is no “should”, only what might happen if we do. Try finishing this book and not feeling braver after.

Then, how? How to take it on board. Can I enjoy it? Can I use the word “comforting”, when others might say “harrowing”? How can I judge a book like this?

Perhaps by its cover. Designed by Ray O’Meara, it bears the signature Fitzcarraldo sparseness: blank white space, blue lettering, raised white logo. No images. Nothing enticing or leading, just a literary plainness and the sense that what’s in there is important.

Ernaux’s work is important. Not just because of her subject matter, but because of the way she hands it over: the subtle contradictions; her dispassionate stoicism, mixed with savagery; her detailed telling, mixed with spare, fragmented text. And, most saliently, the depiction of her roommate “O”, who as Ernaux notes, has “bourgeois ideals” and perhaps even “anti-abortion views” but who will not be spared or protected by these when the reality of the event insists itself upon her. When Ernaux lies haemorrhaging on her bed, “it was she and she alone who stood by my side . . . her small face crumpled with tears”.

Things have changed since I was 22. Ireland is different. Awareness around Aids is not there yet, but improving. Of the five women who sat in my kitchen, four now have reproductive freedom. One, who is from the North, does not. I don’t pretend to know what she would vote, if it came to that. I only know that like “O”, she would have been there for her roommates had anything happened, just as we would have been for her, standing by her side, our small faces crumpled with tears. These are not things we vote for. These are not things we judge. These are things that happen. Are happening.