Future Popes of Ireland: Epic tale of a fractured family 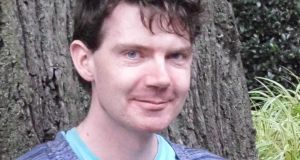 “It seems premature to dismiss the effect of Catholicism on my – our? – generation. Catholicism is there, a pea at the bottom of a stack of mattresses, shaping our thoughts, even as we claim not to feel its presence.” Irish exile Peg Doyle may have cut ties with family and country but her thesis studies in New York show the reach of her upbringing in a staunchly Catholic environment.

A teenage pregnancy in the 1990s forces Peg out of the family home in north Dublin, run by the matriarchal religious nut Granny Doyle. First the boat to England, then the hope of forgetting in a new life in the US. Peg marries a lovely Indian mathematician, but a distinctly Irish legacy of shame remains decades later. Peg the sinner manifests in drug-taking and affairs with men she meets through Craigslist – fake names and fake highs in hotel rooms across the city – while her devoted husband waits at home.

In Darragh Martin’s bulging, big-hearted debut novel, Peg’s story is one of a number that chart the hugely altered landscape of Ireland from Pope John Paul II’s visit in 1979 up to the Icelandic volcano eruption of 2010. With this ambitious scope, Future Popes of Ireland is more in the vein of the American novel despite its very Irish terrain. Writers such as Anne Tyler and Jane Smiley come to mind, or Jonathan Franzen’s The Corrections, which offers a similarly searing portrayal of a fractured family, albeit in a more polished format. Martin’s novel lacks Franzen’s restraint as it chops and changes between its characters in short titled sections that get us off to a frantic, rushed beginning.

Early misgivings are quickly banished, however, as the Dublin author’s ability to write with heart, humour and recognition make for an engrossing novel that tackles everything from religion to abortion, contraception to gay rights, the Fianna Fáil tent to the recession. That Martin manages to do this without ever sounding preachy shows his immense skill as a storyteller. The issues instead play out through the lives of the vividly human characters that comprise the Doyle family.

Where to begin? In 1970s Dublin, young married couple Catherine and Danny Doyle have a toddler, Peg, already written off by her cantankerous granny as being too single-minded for her own good. Instead Granny Doyle says nightly prayers for a male grandchild who might become a future pope. After acquiring holy water at the papal visit of 1979 – “Pope John Paul II was flanked by Bishop Casey and Father Cleary in the background, heroes all three” – Granny Doyle announces the first of many “unofficial miracles” to her neighbours in Dunluce Crescent when Catherine becomes pregnant with triplets.

Joy soon turns to sorrow when Catherine dies in childbirth, divulged in a lovely offhand comment about her clothes going to St Vincent de Paul, leaving the four children under Granny Doyle’s authoritarian care when their father dies some years later (choking on a peanut during Italia 90). There is far too much happening in the book to try and give a further synopsis, but each of the family members offers their own interesting worldview as they try to escape from granny’s clutches.

Older sister Peg grows up both responsible for and resenting the triplets. Of the trio – John Paul, Rosie and Damian – it is John Paul who Peg resents the most, the apple of Granny Doyle’s eye and a sure-fire future pope with his charming smile and capacity for unofficial miracles. That he goes on to become a future YouTube star and shady property developer is just one of many markers that show Martin’s finger on the pulse. Rosie’s activism is another. Her heroic attempts to fight the good fight – the motorway at Tara, the Shell to Sea campaign – are underlined by the novel’s sad reality: sometimes it’s easier to fix the world than it is to fix your family.

Last of the triplets, Damian, shows the difficulties of growing up gay in 1980s and 1990s Ireland. In one of many poignant moments, Damian – now out and proud in his life as a political press officer in 2007 – is still unable to tell his grandmother: “Why did this house stammer him? Wasn’t he a proficient adult, capable of dealing with an array of irate Green Party members or prospective voters?”

Martin, now living in London, has worked in local politics and has written several plays and a children’s novel, which was shortlisted for Children’s Book of the Year at the Irish Book Awards in 2013. His debut for adults seems to combine these interests and experience in one beautifully messy novel, whose chops and changes can appear too much at times but ultimately reflect the ruptured nature of Irish society over the past 30 years. Epic in scale and a pleasure to read, Future Popes of Ireland will have no problem finding its congregation.