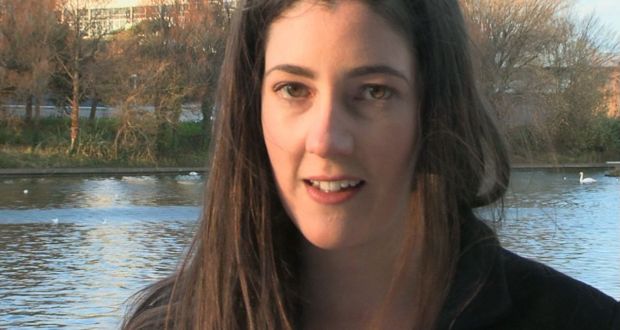 Aifric MacAodha: a strong female, feminist voice, endowed with a canny sense of the unheimlich

The austere black cover of Aifric MacAodha’s first volume of poetry, Gabháil Syrinx, published by An Sagart in 2010, belied the luminous talent that lay within its pages. Foreign News confirms the initial impression: MacAodha is an original voice and a very fine poet. It reprises a number of poems from the earlier book, including the title one, but includes many new poems, illustrating how MacAodha’s mastery of the poetic form has been honed and polished in the intervening years.

The collection is marked by a number of long poems and sequences, allowing MacAodha to examine profound questions with great adroitness. In Gó, the first poem we encounter, she explores issues of tradition, gender and death, in a poem tightly anchored within a recurring four-line stanza form that is marked by a sonorous rhyming scheme. The poem encourages the reader to voice the text and to articulate the rich rhymes of “neach”, “neach”, “ceadmhach”, “isteach”, tasting each syllable on our tongues as we do so. Thus the poet hints at the hypnotic power of the language that she has said entices her to write in it.

If the subject matter of her poems is serious, the images that are dotted throughout the volume are engaging and contemporary, they include a laconic DJ, Marilyn Monroe and her voluminous skirts and the crackle of electricity. MacAodha’s poetry is littered with the minutiae of 21st century life; Sop in Áit na Scuaibe, for instance, references the “bored panda” website and revels in the web-wandering we are all guilty of during a slow day at the office, “lá mall sa Ghúm” as she puts it.

MacAodha’s long poem Céad Bliain Anonn (A Hundred Years Over) is the centrepiece of the collection. It is a masterful reflection on Ireland, and the world, during the 100 years that have followed the Rising. Tethered between the foreign and the familiar, between the Indonesian fisherman with the sex-toy that washes up in his nets, and the dutiful daughter sitting at her father’s bedside, the poem bristles with barely contained violence. The memorable lines, “súil siar rósciobtha ní leomhfadh aidhm/cneasú thar ghoimh gach clúdach” (“look back too soon and your view clouds over./What’s a book cover but the skin of a wound-“) is suggestive of a potential smugness, a precipitateness in our decade of commemorations. It is one of the most powerful poems written in this vein.

MacAodha, like her contemporaries Doireann Ní Ghríofa or Liam Ó Muirthile, writes poems that span both Gaelic and English language traditions in Ireland. Echtrae Conlae (The adventures of Conlae, an early Irish voyage tale) is the most striking example of this interconnectedness, as MacAodha establishes a dialogue between Echtrae Conlae and Joyce’s short story Eveline. Less obviously, her work is studded with references to poems by Yeats, Muldoon and Vona Groarke.

David Wheatley’s translations respond very successfully to the prompting of the originals. For example, in Cailín Bréagach na mBriathre, he maintains the spirit of MacAodha’s poem in the third section: “Love’s first flush/ honeycomb words/ the honest speech/of unschooled limbs”, without slavishly reproducing the exact words of the original. Elsewhere, he is not above a playful “quoofish” translation, à la Muldoon, when he translates MacAodha’s English line, “No thanks I’ve read the Bible”, with, “If that makes me Adam then you must be…”. His work respects the nature of MacAodha’s poetry, without swallowing or engulfing it, and sends the reader back to the facing page again and again.

With Foreign News, Peter Fallon has now published under the Gallery imprint a trio of women poets writing in Irish (Nuala Ní Dhomhnaill, Ailbhe Ní Ghearrbhuigh, Aifric MacAodha), each embodying an “écriture féminine” in Irish. MacAodha is a welcome addition to this canon: a strong female, feminist voice, endowed with a canny sense of the unheimlich, whose poetry enriches our literary life, both at home and “out foreign”.