First published on January 1st, 1998, this essay helped revive interest in a once neglected but now highly-regarded Irish writer 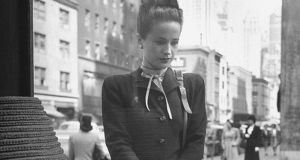 Maeve Brennan: Even for the daughters of the revolution, Ireland was no country for young women. Photograph: Getty Images

Over Christmas in New York, I read a short story called Christmas Eve.

It was written in New York about 50 years ago. but it is a memory of Dublin perhaps 25 years before that. It evokes a mother thinking about her little daughter Lily. The mother wants to believe in Santa Claus herself so that there might be “someone big and kind outside the house who knew about the children, someone who knew their names and their ages, and that Lily might go out into the world and make something of herself....”

As you read on, you get the sense that this desire is motivated by fear, a vague but powerful anxiety about how women’s lives could get lost, how you could start off somewhere and end up somewhere else and have no idea about what kind of journey took you there. “She couldn’t see any connection at all between herself as she used to be and herself as she was now ....”

To know why all of this is so achingly sorrowful, especially when you read it in New York while thinking of Dublin, you have to know that it is an autobiographical story, a reflection on a real life. “Lily” was the writer herself, a woman called Maeve Brennan who hardly anyone in Ireland is now aware of. And she had gone out into the world and made something of herself. She was, when she wrote it, a writer on one of the smartest magazines in the world. the New Yorker, for which the story itself was written.

Gradually, as she grew old, she slipped into psychosis and destitution and, until her death four years ago at the age of 76, more or less lived in the women’s toilets in the New Yorker building, “as if”, writes Maxwell, “it were her only home. Nobody did anything about it, and the secretaries nervously accommodated themselves to her sometimes hallucinated behaviour, which could turn violent.”

There are, of course, lots of reasons for people to end up homeless and hallucinating, and in Maeve Brennan’s case we can assume that some of them had no meaning beyond the implacable life sentence of private destiny. But there is a public dimension to her story. too.

She was one of the children of the revolution. Her father, Robert Brennan, was a prominent and militant nationalist. She was born in Dublin while he was away in jail, having had a death sentence for his part in the 1916 Rising commuted to life imprisonment. Her earliest recorded memories are of raids by Free State forces on the family home in Ranelagh while he was on the run as a republican.

And even her exile was official. When Fianna Fáil came to power, her father was appointed the first Irish ambassador to Washington. Maeve, then almost 18, went with him and the rest of the family. When his term of office was up, and her parents and sisters returned to Dublin, she decided to stay on, move to New York and try to make a life for herself as a writer.

That decision was obviously, in one sense, a free choice. She belonged after all, to the new establishment of independent Ireland. She was the very image of a Gaelic princess, chestnut hair and green eyes, full of grace and charm. She could have been a social star in the cosy world of the south Dublin middle class. She was not, like so many others, forced in to exile by economic necessity.

But in another sense, she had no choice at all, for she was two things that it would have been hard to sustain in the Ireland for which so many people seem suddenly nostalgic, an intellectual woman and a writer. If you read the early autobiographical stories of her childhood, you get a good impression of how impossible it would have been to be herself in that Ireland.

She recalled, for instance. telling her sister when she was nine that when she grew up she was going to be a famous actress: “I’ll act in the Abbey Theatre, and I’ll be in the pictures ...” And her sister. two years younger, but wiser to the ways of the Irish world, simply said: “Don’t go getting any notions into your head.” A phrase surely, that could have been emblazoned on the Tricolour.

When she was 13 she was sent to a convent boarding school in Kilcullen, Co Kildare. The nuns picked on her, and three others girls, for allegedly not singing with sufficient gusto in choir practice: “I could hear and feel that I was singing and I thought my three companions in guilt could hear and feel they were singing, too.... The worst of it was that once we had been proclaimed black sheep in singing class, our disgrace gradually spread out and discoloured all our school life.”

She could sing with words, and she wrote one magnificent story, The Springs of Affection. But that was the kind of singing that the country her father had helped to create was largely unable to hear. The kind of life she needed to live required either the somewhat protected Anglo-Irish space of Elizabeth Bowen or the ferocious, lonely courage of Kate O’Brien.

For a smart, charming young woman like Maeve Brennan, able to waltz her way into the pages of Harper’s Bazaar and the New Yorker, the choice between Ireland and exile cannot have required much agonising. Even for the daughters of the revolution, Ireland was no country for young women.

And yet there is that tragic, haunting phrase of Maxwell’s about her ending up occupying the women’s toilets at the New Yorker office, “as if it were her only home” . For in spite of her dazzling success, it is clear that she was at home in neither Ireland nor America. For all her potential greatness as a fiction writer, she could write of nothing but Ireland. a country in which she had no readership. She could be neither an Irish writer nor an American one. Is it so surprising that her wonderful imagination was finally derailed into psychosis?

After her death, William Maxwell came across a mock-reply she had written to a reader of the New Yorker who had written to the editors asking them to print more of her stories. Signed in his name, the letter announced her death: “She shot herself in the back with the aid of a small hand mirror at the foot of the main alter in St. Patrick’s Cathedral.”

The celebrated Frank O’Connor, she wrote, happened to be in the confession box, pretending to be a priest in order to gather material for his stories. He heard the shot and “fearing a scandal, ran up to the front of the church and slipper her in the poor box ...It took six strong parish priests to get her out of the box ... We will never know why she did what she did , but we think it was because she was a drunk and heartsick. She was a very fine person, a very real person, two feet, hands, everything. But it’s too late to do much about that now.”