The latest books news and listings 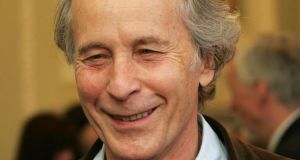 To celebrate Culture Night on September 19th, the Gutter Bookshop in Temple Bar will host a series of pop-up readings in conjunction with the Big Smoke Writing Factory. Hodges Figgis on Dawson Street will open until 10pm, with a programme of poetry, music and children’s literature that features a book signing from Skulduggery Pleasant author Derek Landy. Regional literary events include an evening with the writer Claire Keegan in Adare Library in Limerick and a discussion with Anne Enright in Bray Library, Co Wicklow.

With the Fringe and Dublin Theatre festivals providing plenty to see on the stage in the coming weeks, the Irish literary scene has its own calendar of events to entice. Mountains to Sea will host its sixth annual book festival from September 11th to 14th. Based in Dún Laoghaire, it coincides with the opening of the town’s new Central Library and Cultural Centre. Authors to watch out for include David Mitchell, John Boyne, David Park and Lee Child. The journalist Lynn Barber will be interviewed by Sinéad Gleeson on her recent memoir A Curious Career. A number of poetry events, family activities and writer workshops are also on the programme.

The big name on the programme for this year’s Cork International Short Story Festival is the American author Richard Ford, whose fourth short story collection is due to be published this autumn. Ford will also publish a new novel, Let Me Be Frank With You, featuring his most famous protagonist, Frank Bascombe. Ireland is well represented at the festival, which takes place from September 16th to 18th, with emerging talent such as Colin Barrett, Louise O’Neill and Nuala Ní Chonchúir. Other authors to watch out for include the Booker-longlisted Alison MacLeod, Davy Byrne prizewinner Sara Baume and the Chinese novelist and short fiction writer Sun Wei.

The second Dublin Festival of History takes place in the Printworks at Dublin Castle over the weekend of September 26th to 28th. Events include an interview with Sir Richard Evans by Diarmuid Ferriter, Princess Diana’s brother Charles Spencer in conversation with Jane Ohlmeyer on the subject of king killers, various lectures on the first and second World Wars, and a historical fiction workshop by author Martina Devlin.

A number of noteworthy book launches by Irish authors will take place in the comings weeks. Roddy Doyle follows up his book of comic dialogues Two Pints with a sequel on September 18th. Two More Pints will be launched at Hodges Figgis, Dawson Street. Before the book signing, Doyle will enact various conversations, which range in topic from Barack and Michelle Obama (“fuckin gorgeous”), to horsemeat in a burger to the fundamental questions of life: “Would you take penalty points for your missis?”)

The illustrator and children’s author Chris Judge launches a new picture book in the Gutter Bookshop in Temple Bar on September 23rd. Tin tells the story of a robot who sets off to find his little sister after she is carried away by a balloon. Tin and his trusty canine sidekick Zinc must find Nickel before she goes too far.

Colm Tóibín will launch his new novel, Nora Webster, with a reading at the Pepper Canister Church in Dublin 2 on October 1st. As part of the Dublin Writers Festival’s Off the Page series, the Impac award-winning writer will read from and discuss his latest work. Set in 1960s Ireland, the book follows the eponymous heroine as she raises her two young sons alone.

The Galway based WOW! Anthology is accepting submissions for its 2015 publication. Poetry entries of up to 100 lines will be judged by the poet Aifric McGlinchey. The short fiction category will be overseen by emerging writer Danielle McLaughlin, whose story, The Dinosaurs on Other Planets, was recently shortlisted for the Davy Byrnes award and published in the New Yorker magazine. The limit for short fiction is 3,000 words and the deadline for submission is Friday, October 31st. More details on wordsonthewaves.com

A US writer has won the 2014 Sean O’Faolain Short Story Competition. Susan Maier-Moul’s Pleasure will be published in Southword literary journal, in addition to an award of €2,000 and a week at the Anam Cara writers’ retreat. Second place went to Kathy Conde’s This is the place where it all breaks down: A family alphabet (USA). Runners-up for the prestigious competition included Annemarie Neary’s Remote Control (UK); Brian Petkash’s Flood (USA); Ger Galvin’s Crow (Ireland) and Julia Patt’s Stealing the Ace (USA).