Essays on John McGahern: a living presence in the Irish conscience

However valuable these essays, we must remain in awe of the great, unique work on which they feast 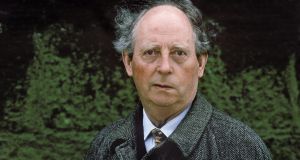 John McGahern: His work describes the vulnerability of childhood, the fragility of relationships and the continuance of the past. Photograph: Ulf Andersen/Getty Images

Irish novelists should not be discussed by literary critics until they (the novelists, that is) are well dead. In John McGahern’s case, the 13 years since his death in 2006 are far too short for that. And yet there have been, so far, 11 monographs, with three more in the pipeline (more than one for each of those 13 years, in fact), and three collections of essays, including this one.

It is ironic that a man of the utmost privacy should thus be exhumed annually, but it was inevitable that the academic world would move in with the undertakers to claim McGahern’s “literary legacy”, as this book has it. He is no longer entitled to his own reputation, but indebted to scholars who provide it for him. However valuable their essays – and some of these are very worthwhile – we must remain in awe of his own great, unique and heartfelt work on which they feast.

McGahern is still with us, not only because his books are being repackaged and new ones discovered in his archive, but because his is a living presence in the Irish conscience, a marker for honesty and for celebration which we so badly need in an age of austerity and self-deception.

My first encounter with McGahern’s work was 1969: a thrilling stage production (adapted by Hugh Leonard), of The Barracks, in which Aideen O’Kelly gave a viscerally disturbing performance as Elizabeth Reegan. It sent me to the books which are now ranged, dog-eared and cracked open, on my shelves. Each one a treasured exploration of areas of disquiet and anguish that took me apart and somehow made me whole again, because McGahern’s greatest skill was in bestowing the gifts of transcendence and celebration. His observation of the perennial, whether in human nature or that rather better nature on our doorstep, is unrepentant but also confessional: he sees, he goes home, he tells himself and then he tells us. It’s all so simple, yet critics want to explain it all by making it complicated.

Why? Is anyone’s enjoyment of McGahern’s lucid and precious texts enriched by a critical assessment of Undead History in McGahern’s Anglo-Irish Stories or Anatomy of Reaction to The Dark? This is the price we pay in an age when academics are under increasing pressure to publish, especially in the underfunded humanities, but beating the hedgerows to come up with Sins of the Flesh: Problematic Sexuality in McGahern and François Mauriac is a parish too far.

There is little in this collection to promote our love of McGahern’s writing and much to honour the resourcefulness – not to say creativity – of the authors who need to demonstrate their prowess in intertextual readings and amateur psychiatry.

The editors acknowledge that McGahern portrays “the elusive complexities of people as they are”, in “a reality that is both light and dark”. But they also credit him with creating “a fictional world that had never been”. How do they know?

The book is arranged in three sections, with a foreword by Declan Kiberd and an afterword by Donal Ryan. Mapping Literary Strategies looks at McGahern in the context of Irish writing. Images of Place and the Role of Memory is potentially the most rewarding but I found these essays for the most part did not honour their collective title. Friendship, Anger and Sexual Repression was not quite the minefield of pretension that it sounds.

The more helpful essays are the biographical: Denis Sampson (already the author of Young John McGahern: becoming a novelist) discusses his early ambitions and the context in which he was writing, and describes McGahern’s “critical and moral vocabulary”. Paul Butler, a photographer living in “McGahern country” has photographed that landscape of both body and mind in images that are all the more powerful for being in monochrome. And Máire Doyle compassionately writes of Friends and Friendship in the work.

I would have liked some discussion of The Power of Darkness, McGahern’s version of Tolstoy, staged at the Abbey in 1991 and published last year along with The Rockingham Shoot and other scripts for stage and screen.

McGahern’s work describes the vulnerability of childhood, the relentless and unstoppable periodicity of the natural world, the fragility of relationships and the continuance of the past, and these find a home in his intensely local and personal syntax. The only other Irish writer equal to McGahern in this respect is Eugene McCabe, also deeply reticent about the emotions and therefore totally compelling.

As I said in my obituary of McGahern in The Guardian, he strove for what he called “that inner formality or calm that all writing must possess”, and when his characters also achieve that calm, the architecture of the work and its human and physical contours become one. This is why he continues to speak to us and why we continue to read him.