‘Devil’s Day’ is an assured follow-up to ‘The Loney’ that considers the themes of exile, mythology and rural traditions 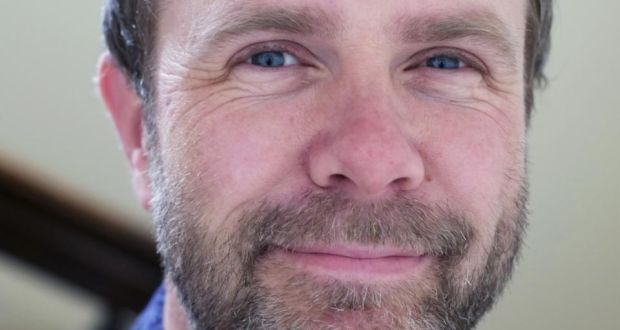 Hurley is a fine writer, with concerns that place him a little to the left of the literary mainstream, a remove that makes him extremely interesting

Forget Brexit. Forget Donald Trump. Forget North Korea. I recently had a full-blown argument with another writer about which was more important in a novel, the story or the language. Drink might have been taken and the debate got so heated that I feared we might even come to blows. Tragic, I know, and “awful eejitry”, we agreed the next morning. My colleague felt that language was all that mattered while I argued for plot and characterisation but of course we were both wrong. A beautifully written novel that sends a reader to sleep is a failure while an unputdownable page-turner riddled with clichés is instantly forgettable. Managing to combine exceptional writing with an engaging storyline – Philip Roth did it; John Banville does it – should be the goal but, like Brigadoon, these things only come around on the rarest of occasions.

One such example, however, was Andrew Michael Hurley’s debut, The Loney, which blended an impressive poetic style with a captivating story of ruined innocence. Devil’s Day is an assured follow-up that considers the themes of exile, mythology and rural traditions through the voice of John, a recently married man who’s returned to The Endlands to bury his grandfather, The Gaffer. The story is told in flashbacks, mingling the events of today, when John is teaching his own son about the history and topography of his birthplace, with memories of the days surrounding his grandfather’s funeral.

In the same way that Emily Brontë allowed the Yorkshire moors to become a character unto themselves in Wuthering Heights, Hurley’s depiction of the hills and grasslands of Lancashire takes on an anthropomorphic quality, representing a place removed from the outside world, a timeless land with its own rules and laws. In a vivid scene, John recalls how The Gaffer sat down every year to re-draw a series of maps on large sheets of baking paper, outlining where each property began and ended, rites of ownership that he could trace back to Norman invaders. “No one can ever move that line,” says the Gaffer, recalling the stubborn entitlement of The Bull McCabe. “Don’t ever let anyone try. That land were bought fair and square. Don’t listen to anyone who tells you otherwise.”

But for all the talk of tenure and title, it’s the importance of folklore which proves the strongest refrain. Hurley has a good ear for mystery, turning the woods into a magical but dangerous place, a conceit he used to great effect in The Loney, where a children’s hide-out evolved into an area of the utmost danger. One gets the sense that the deeper one sinks into the basin of the land the more possibility there is of witchcraft and enchantment, an awareness that provokes excitement and fear in equal parts. As John recounts his grandfather’s stories and recalls his superstitious beliefs, it’s unclear whether he subscribes to them himself but he’s careful not to anger the gods of the valley by speaking of them with too much scepticism.

While reading Devil’s Day, I was reminded time and again of Ross Raisin’s captivating debut God’s Own Country, which also features a narrator tied to the land and the traditions of his ancestors. John, however, is a far less complex creation than Raisin’s Sam Marsdyke, and if Hurley could improve on anything it would be in making his central character a little more flesh and blood. He aims for reticence, an introversion that is unsettled by finding himself in a place where childhood memories and his new experiences as a father intersect, but occasionally one longs for him to throw his arms in the air, to raise his voice, to run into the deepest part of the valley and scream until his lungs hurt. Silence can be good in a novel but occasionally one needs the drama of the overturned table, the slapped face or the unexpected act of madness.

But it would be ungenerous to suggest that such restraint damages the book unduly for Hurley is a fine writer, with concerns that place him a little to the left of the literary mainstream, a remove that makes him extremely interesting. Perhaps I’ll give the novel to my writer friend when I next see him and we can find out whether it’s a book upon whose virtues we might agree although this time, perhaps, we’ll do it over coffee instead of beer.