Insightful if controversial book sets out a hierarchy of blame, with joyriding politicians at the top 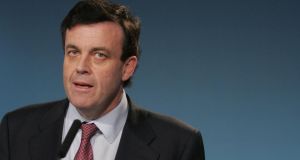 Echoing Brian Lenihan’s remark that “we all partied”, the authors suggest “the vast majority of the Irish people had been living beyond their means for most of the decade”. Photograph: Alan Betson 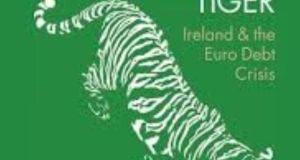 Book Title:
The Fall of the Celtic Tiger: Ireland & the Euro

Every epoch deserves to be chronicled by scribes that can do it justice. Just as Edward Gibbon helped change the way we record history with his seminal Decline and Fall of the Roman Empire , so Donal Donovan and Antoin E Murphy have written what is likely to become the definitive volume on Ireland’s recent boom and bust. In The Fall of the Celtic Tiger the two economists weigh the evidence and cast their verdict.

The core message is that, much as with the fall of the Roman Empire, the demise of the Celtic Tiger was systemic, with the seeds of disaster sown long before 2008. No single decision, individual or institution caused the crash. In effect, Donovan and Murphy have established a hierarchy of blame.

Echoing the late Brian Lenihan’s remark that “we all partied”, they suggest that “the vast majority of the Irish people had been living beyond their means for most of the decade”. And the people saw fit to re-elect Fianna Fáil-led governments in 2002 and 2007, to keep the party going. Whether or not one agrees with their assessment, the authors acknowledge that ordinary people played a largely passive role in the crisis. This is not the blame attributed to the person behind the wheel but that attributed to those along for the ride.

Moving up the hierarchy of blame, Donovan and Murphy examine in detail the media’s role in propagating groupthink about the property market, and censure their own profession for failing to critically assess mounting risks.

Influential outside organisations, such as the International Monetary Fund, the Organisation for Economic Co-operation and Development and institutions of the European Union also come under fire for failing to voice their concerns loudly enough before 2008.

Naturally, the authors hold bankers and property developers accountable for their central role in stoking what they call a classic Ponzi scheme, but one senses that they see them as having responded to market pressures and incentives, succumbing to the same fatal groupthink as everyone else. They were key players but didn’t design the rules of the game.

Failure
Nearer the pinnacle of the blame hierarchy, policymakers in the Department of Finance, Central Bank of Ireland and Financial Regulator come in for severe criticism for their collective failure to understand or appropriately regulate the banking sector.

In a democracy, elected representatives bear ultimate responsibility for protecting the common good. Although blame is widely attributed, the authors observe that “in the final analysis, it is politicians who must be held responsible for policy decisions”. It is the government, moreover, that appoints and holds accountable the heads of State institutions.

The authors are right to point to the government’s inappropriate boomtime fiscal policy. It introduced questionable tax incentives to spur the property market and did little to remove them even when there was clear evidence of overheating. It narrowed the tax base unsustainably by slashing income tax and relying instead on taxes related to property. The resultant revenue surge was matched by a spending splurge, particularly ahead of the 2007 general election.

Budget surpluses gave the impression of fiscal responsibility until the bursting property bubble washed that veneer away. When the property market stalled and then crashed, tax revenues dried up, but government spending increased as the economy shrank. This gave rise to an underlying budget deficit of 11.8 per cent of GDP in 2009, even when bank bailouts are excluded. One can debate the speed and composition of fiscal consolidation, but this was unsustainable in the long term.

Debt burden
Ultimately, Donovan and Murphy are correct to point out the inconvenient truth that the Republic’s large public debt is attributable more to persistent fiscal deficits than to paying off banks’ bondholders, but it is these banking debts that pushed the State towards the threshold of sovereign-debt sustainability. So how did it come to this?

Perhaps the authors’ most controversial conclusion is that there was no realistic alternative to the blanket bank guarantee. Certainly, there could have been no cost-free solution by September 2008, but Donovan and Murphy’s assertion that, even in hindsight, the blanket guarantee was the least-worst option is not entirely convincing.

They underplay, for example, the extent of Central Bank governor Patrick Honohan’s scepticism about the extent of the guarantee. In his report on the banking crisis he had raised questions about the inclusion of any existing long-term bonds, noting that this “complicated eventual loss allocation and resolution options”.

Over the course of 2010 mounting losses in the now government-backed banking system triggered a sharp rise in borrowing rates and pushed the Republic into the troika’s cold embrace. It is quite possible that this would have happened even without the bank guarantee, as it is not certain that the government would or could have more aggressively imposed losses on bondholders, but the nature of the guarantee essentially took this option off the table.

If you were to pick heroes in this story, it would be the few contrarian voices who were publicly derided or professionally rebuked for having the temerity to express views that should have been heeded. Unfortunately, policymakers refused to accept any challenge to their “comfortable consensus”, making for a case study in groupthink to rival the Bay of Pigs. An important lesson is the need to establish a platform for a multitude of informed viewpoints in the policymaking process and in public discourse.

Until government papers relating to the biggest economic decisions of the past decade come to light there can be no more comprehensive account of the fall of the Celtic Tiger than Donovan and Murphy’s insightful, if somewhat controversial, work.


Victor Duggan, who writes here in a personal capacity, is a dvise r to the secretary- general of the OECD. He has worked for the European Commission, European Investment Fund, World Bank and Irish Labour Party.