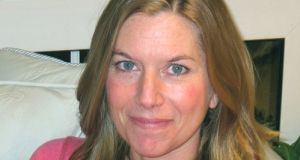 In January 1916, Thomas MacDonagh finished writing Literature in Modern Ireland, one of Ireland’s most significant works of literary criticism, in which MacDonagh proposed an “Irish mode”. Readers might have expected a vision that was conservative and backward-looking (as Daniel Corkery would later imagine), but MacDonagh’s argument was anything but narrow or prescriptive. Because of the complex developments of the English language in Ireland, he argued, Irish writers could access different traditions and were instinctively open to exploring the possibilities of poetry to create new rhythms and ideas.

MacDonagh’s emphasis on new material and new sounds in poetry sets the bar high for an art that, in Ireland as elsewhere, has always moved between mastering existing forms and making new ones. Michelle O’Sullivan’s second collection The Flower and the Frozen Sea (Gallery, €11.95 pb, €18.50 hb) occupies a landscape with which readers are already familiar: western, sparsely populated, an arena for light and shadow, it could be the setting for a poem by one of MacDonagh’s contemporaries, but O’Sullivan works hard to set this material in motion on her own terms. The first poem’s first lines make clear what is at stake: “Waking, not to you / but the wind making summer / though the trees, pink shadows / gold through the green” (Partial).

Her skill with line and rhythm, her ability to dodge predictable harmonics, is notable in poems like Partial and the trochees and spondees of A Sound Box, “Down, unequal weight on his haunches / and the rain driving his shirt sideways”, begins her character study. “One said he disappeared – as if he fell headlong/into the horizon. Another said it wasn’t a boy, / but a hart. Next to nothing left where Evans / was found, but there was a sound box, / some thing in which his soul made itself felt.”

O’Sullivan strikes notes we don’t expect – the hart, the soul, the “sound box” which might be a coffin or this poem we hear, notes which distinguish her work from the many other tillers of Mayo fields.

The Belfast-born poet Adam Crothers was a strong contributor to 2015’s New Poetries VI anthology; his long, engaging first collection, Several Deer (Carcanet, £9.99), is typical of a diverse younger generation of poets. These poets take it as a given that the individual’s experience of language is almost entirely overwhelmed by history and, most spectacularly, by online culture’s ability to name and know its users.

One response to this feeling about language’s confinements is the mash-up, in which Crothers is a specialist. Here, distrust of language and rhetoric lead to new sounds and hard-to-categorise positions.

The opening lines of Crothers’s Down the Ringing Grooves (after Tennyson) give a sense of how wild and weird his poems get: “I ain’t saying she’s a bonedigger. But by the moon in the doglight, / the fogbow . . . she robs your seagrave. Why? God knows (. . . Delete. // Behave. Be brave.”

There may be a little Tennyson in the lighting here, but there’s also Kanye and Austin Powers and an associative sequencing of phrases reminiscent of Frederick Seidel and Paul Muldoon. Crothers’s interest in music (Dylan, Neil Young, Lou Reed, Lennon, Springsteen and Cohen appear) and in end-stopped rhyming lines means his poems bear a positively disturbing relation to the work of his predecessors: “The satellites of love are at half power. / And charging” (Animal Testing, Testing). As he says in A Further Bat, “Quotation doesn’t cover it”, and that poem and some others introduce affect and feeling with ingenious suddenness to a poetry which, enjoyable as it is, can be short-circuited by Crothers’ prevailing irony.

Like Crothers, Robert Herbert McClean is interested in treating language as a material he recasts, although he is more interested in assault than parody or formal effects. Pangs! (Test Centre, £12) is angry, funny, and well produced. He too collages different kinds of vocabulary ingeniously although, again, the poems’ appetite for new materials sometimes comes to a standstill: “I’ve confidence in the mental capacities of whoever auspiciously reads my warped poems except for the guy playing the real me. My love tells the debt collectors about those darling buds of kush – the tonic wine – the loneliness of drumlins devastates the voice.” (2.21)

McClean’s poems markedly move away from the fixed historical and geographical markers which characterise more obviously political poets and fiction writers: “We’ve seen blood red hands as a super volcano happening. This golden history is about ambivalence to the image.” (1.22). McClean’s substitutions might not always convince, but Pangs! is an encouraging, attention-grabbing debut.

Other pamphlet publications that suggest new life in Irish poetry include Victoria Kennefick’s White Whale (Southword, €6). Equally anxious about the ways in which language seems to get in the way of our feelings about the world, a poem like Flutter is quick, tender and sharp: “You come at night, more dust than flesh, / memories of saying stupid things at parties, / the morning after, empty ice cream cartons. / I’ve smacked you into walls before, / the back door, a vertical cemetery.”

Kennefick’s speakers are often at sea, in both senses of the phrase: in the title poem distrust is registered with a reference to John Huston’s model for his film of Moby Dick, which “floated on / drums of compressed air, hydraulics, / until one choppy day, / it came loose from its tow-line, drifted away in fog. / They made do with a barge /concealed by a hump, back, fin and tail.”

In Year of the Ingénue (Eyewear, £5), Michael Naghten Shanks always seems to have an eye on at least one other screen. Infinite ASMR begins “Look into the pitch-black pool, the crystalline screen” and its imperatives are weakly satirical: “Refresh your world. / Former followers rarely return. / Please don’t be so foolish as to think they’ll name a flower after you.”

SJA is blurrily mysterious, without losing that naive, alt-lit self-consciousness about being modern: “I scroll through her tumblr, come / across the picture of her reflected / in the glass of her apartment’s window. // The nighttime streetlights / illuminate neighbouring cars. // Fun-sized chocolate bars / are piled on top of her bed, / beneath her open window, / as if the wind blew them in with the rain. // The tattoos on her thighs are blurred.”

Where are we? Somewhere we might not have seen elsewhere in contemporary Irish literature, somewhere these poets take us in their inventive modes, escaping from a name, creatures of desire, alone, for whom poems are compensatory spaces or newly invented safe rooms, places we might not have noticed until they were shown to us.