Chronicling a year of big events and quirky little things

With a big birthday looming, author Alice Taylor set out to capture a year in her life 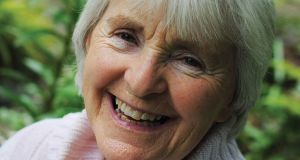 Alice Taylor: We have a lot to learn from children – they are masters of the art of anticipation as they look forward to Santa, their birthdays and holidays.

Birthdays in my life were non-events. They passed me by like ships in the night. They came and went without too much notice being paid by me. This particular year, however, with a big one around the corner, everyone felt that we should do something special to mark the occasion. Now, I was quite prepared to let this birthday, like all the others, pass me by with the minimum of fuss and warned all around me that the last thing I wanted was a surprise birthday party or any such thing. How lacking in a sense of occasion and anticipation was that?

But maybe it was this big birthday that caused me to decide in January 2018 to write about the happenings of the year as they unfolded. Big things and little things. The book would depend on what the year brought along. The big birthday on the horizon probably focused me on an awareness of time going by.

Also, here in the village of Innishannon, there were other things to mark. Our Parish Hall and Tidy Towns Association were both 50 years in existence, 50 years enriching the parish, and our annual Christmas magazine was 35 years on the go. And it was 30 years since the publication of my first book, To School through the Fields. Much had changed in the intervening years.

Nothing concentrates the mind like a new project. It fosters excitement in the depths of your being and you wake up each morning with a buzz in your belly. The conception of a new book brings the excitement of a new pregnancy, but instead of being in the body it is in the mind. It fills you with anticipation:

The joy of anticipation
Awaiting dreams’ realisation,
Looking forward is the fun
Of happy things yet to come.

Anticipation is the pearl within the oyster of our lives which lights up the present and gives a beckoning forward finger to the future. It entices us on with a sense of hope in our hearts and brings an added glow to our lives. Maybe it is one of the reasons why we should plant a few uplifting experiences into the year ahead to which we can look forward with a sense of excitement in our hearts. We have a lot to learn from children – they are masters of the art of anticipation as they look forward to Santa, their birthdays and holidays. They pack huge enjoyment into occasions before they ever happen. As we grow older we tend to lose that sense of anticipation, so perhaps when we stand on the threshold of a new year is a good time to rekindle the flame. That is why at the beginning of 2018 I put two places to visit on my bucket list.

Then as the year unfolded it turned up some surprises of its own. It was the year of the big snow. The year of the scorching heatwave. The year of the Pope. For me, and probably for you, 2018 was a mixture of many things. In January, I began a journal, the Captain’s Log, and it kicked me into introducing a new sense of a planned voyage into my life. A goose that arrived late for Christmas got me sizzling; I had never before cooked one, and, boy, did it challenge my culinary skills. And so the year rolled out, unfolding the ordinary and the extraordinary. When the Big Snow whirled in during March many people had never before seen the likes of it, but for me it brought back childhood memories of 1947, the year of the last Big Snow.

Back then we had never heard of double glazing, and the bitter cold seeped in through rattling windows and under draughty doors as we gathered around the kitchen fire with our coats on to keep warm. That snow lasted for many, many weeks and blanketed the entire country under huge six-foot-deep drifts. Boundaries and ditches disappeared and we walked over tall gates unsure of where anything ended or began. For us children our world was transformed into a white paradise with no school and endless days of snowballing, snowmen and feeding the birds.

The burning heatwave that followed in July was the same pattern as this year. But 70 years ago there were no water shortages as back then very few homes had a piped water supply and on the farm the heatwave did not affect the natural water supply of springs and wells from the unplumbed depths of the land. This year, however, it was a different story and for the first time many of us had to become water-use conscious. A water-hose ban came into place, a new experience for us.

Then the Pope came to Ireland for the World Meeting of Families and one wonders how he will remember our céad mile fáilte, with its many complexities. Trump strutted his stuff on the world stage while Stormont kept its curtains closed. We in the South prayed that common sense would prevail in Westminster as we watched with consternation the Brexit debate convulse our nearest neighbours into total disarray. If they jumped blindly overboard the backwash could have dire consequences for us.

In the meantime, here in Innishannon life went on and we celebrated our many parish milestones. Also I got to visit two places that were on my bucket list: St Mel’s Cathedral in Longford and Ballyfin Demense in Co Laois, one catering for the divine and the other the human; both places a joy to visit and food for body and soul.

Looking back, I enjoyed the big events and the funny, quirky little things and unexpected surprises that are all part of everyday living as time goes by.

Alice Taylor’s new book, As Time Goes By, is in bookshops now