Cape May review: Desire and betrayal in 1950s New Jersey 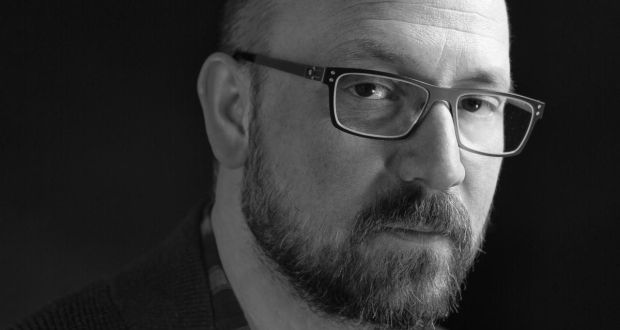 An affair is fertile fictional terrain, a loaded gun that offers intrinsic suspense for novel and novelist. From Gustave Flaubert and Graham Greene to contemporary writers such as Zoë Heller and Sally Rooney, the subject of infidelity is a kind of fast track into the complicated, delicate bonds of human relationships.

Chip Creek’s eminently readable debut, Cape May, takes a pair of innocent newly-weds from Georgia and transports them to an east coast Bacchanalian landscape where anything goes. Billed as a cross between The Great Gatsby and Ian McEwan’s On Chesil Beach, for once the marketing blurbs seem accurate, in plot and theme if not quite in terms of the writing. At the beginning of their honeymoon to the titular New Jersey holiday resort, Henry and Effie Tarleton approach each other with the same fraught consideration of McEwan’s star-crossed lovers. The Tarletons, in their early 20s, are an interesting couple, definitely not childhood sweethearts – they disliked each other at school – but two young adults who have decided with heads over heart about marriage and the future.

Effie in particular seems to know exactly what she wants. The daughter of the town mayor, she can be spoilt and stuck-up, with a doggedness that unnerves Henry, the book’s narrator: “She’d made it clear to him that she wanted five children at least, all boys if she had her way, that she wanted a house that never rested, that she and Henry, into old age, would be at the center of a maelstrom of life (she wanted dogs too).”

Creek pulls Effie back from the brink of being a flat character by showing her awakening from virtuous southern belle to a young woman discovering life’s pleasures for the first time. Staying in Effie’s uncle’s summer home, the couple’s initial few nights of awkward sex and zero fun help earn our sympathies for both bride and groom. Their opening-up to each other is tenderly depicted by Creek, whose sensual writing brings immediate intimacy with his characters and their situation.

Creek’s stories have appeared in the Southern Review, Harvard Review and Washington Square. The Californian has been awarded scholarships to the Bread Loaf Writers’ Conference, the Tin House Summer Writers’ Workshop, and the Vermont Studio Center. His novel, which takes place in 1957, has an atmospheric nostalgia similar to the debuts of Jess Walter and Lisa Klaussmann. The latter’s Tigers in Red Weather and Villa America are contemporary touchstones – American summers of yore where huge cultural and social shifts impact heavily on the lives of the characters.

In his debut Creek makes good use of the Cape’s emptiness in off-season. The eerie landscape that threatens to ruin the honeymoon turns into an lawless playground when Gatsby-esque neighbour Clara and her lover Max come to town. With them is the book’s smoking gun, Max’s listless, beautiful half-sister, Alma, whose ethereal nature entrances Henry from the off. The wider clash of cultures playing out in a US on the cusp of the swinging sixties is neatly mirrored in the characters. The Tarletons are classic 1950s – churchgoing, family focused, repressed – whereas Clara and Max seem to represent, to Effie at least, the worst of the new world: wild parties, open marriages, wanton sexual displays. Creek’s success is that the tension of his book lies not just in the promise of an affair between Henry and Alma but also in watching Effie, albeit through her husband’s eyes, draw ever closer to the hedonism.

The latter half of the book is given over to the affair, written brilliantly by Creek, from the illicit sex, the intoxication of desire, the rush of snatched moments, to the pendulum of Henry’s emotions. Nights of (surprisingly raunchy) sex with Alma are followed by scenes where he idolises his wife: “She seemed unbearably sweet to him there on the bed, her hair spread over the pillow, the gentle rise and fall of her back, and he thought that there was nothing in the world he wouldn’t do for her. A tide of selfless, gallant feeling rose in him.”

The tunnel vision of affairs comes through also – “At every moment his intention was fixed on that one object: to be alone with Alma” – leading Henry down a path of self-delusion that makes for a satisfying, if slightly neat comeuppance. Creek is also good on the hypocrisies of the era, the double standards applied by lothario Henry to all three of the women in the novel.

While a flash-forward technique at the book’s end feels like a bit of a cheat, it shows the repercussions of betrayal over decades. It recalls a great line from Molly McCloskey’s recent novel When Light Is Like Water, a masterful story of the end of a marriage. Like Henry, decades on from the heat of the moment, McCloskey’s heroine looks back on her affair and sums it up with Flaubertian accuracy as “a cheap solution to a commonplace problem: the anti-climax of settled domesticity”.