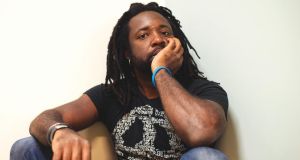 Marlon James: has become the first Jamaican writer to carry off the award – with his third work. Photograph: PA

There is nothing brief about this year’s winner of the Man Booker Prize for Fiction; nor is there the death count anywhere as low as the title suggests. Marlon James has become the first Jamaican writer to carry off the award that invariably frays tempers yet at the very least brings novels to the centre stage. His third work, A Brief History of Seven Killings, a chaotic saga of postcolonial melt down, is based on an event, the assassination attempt in 1976 on reggae king, the great Bob Marley, which although it happened is as much a part of Jamaican mythology as its history.

Although shot twice, Marley survived only to die five years later, in 1981, at the age of 36 from cancer. Loud was he mourned and continues to be while his music lives on as does his unique plaintive, keening wait. In fact, Marley was the reason many readers were drawn to this novel. But James refers to him throughout as “The Singer”. Be warned this polyphonic narrative of many voices is not easy; it is messy, derivative and very much a passionate, often angry account of a postcolonial society struggling to balance identity and a burgeoning criminal element. It does not bring Marley any closer; in fact he is merely a device.

The novel is extraordinarily violent and frequently approaches levels of Tarantino-like filmic excess; it is easy to lose count of the many deaths while the voices, brilliantly choreographed shout, accuse and compete for attention. Reading Marlon’s prose is akin to injecting liquid fire into your brain.

As I Lay DyingInfinite Jest Hamlet

Most overwhelming of all though is the shadow of the majestic James Ellroy and his “LA Quartet” The Black Dahlia (1987); The Big Nowhere (1988); LA Confidential (1990) and White Jazz (1992). These books hover in the background of A Brief History of Seven Killings, while Marlon James, who steers his story through the decades, has referred to the impression made of him by Salman Rushdie’s Shame. It is ironic to see that James has in winning the Man Booker emulated his hero. Another element worth noting is that James, who was born in Kingston, Jamaica, in 1970, attended the University of the West Indies. His literary education reflects his reading while his novel for all the graphic, almost documentary-like John Dos Passos detail, is deceptively literary in its frequently distracting references, allusions and echoes. He teaches creative writing in the US but he is not a product of the American creative writing system: he is a Caribbean.

His profile in the US has soared through the success of A Brief History of Seven Killings. True to Man Booker tradition he has won with a book inferior to his previous work. His second novel, The Book of Night Women (2009), is his best work to date. Still, this sounds churlish at the moment of celebration, yet it is interesting. James does not set out to entertain, he does not want readers to be entertained by shocking events: he believes they should be rightly horrified; and there are passages in A Brief History of Seven Killings which do indeed horrify. He is offering an insider’s account of his country, its politics, its crimes and its scandals.

This win raises another point: the prize has now secured its first Jamaican winner and is yet to bow to what was considered inevitable once the Americans were made eligible last year, a US win. This has not happened. Canadian writers, by virtue of being part of the commonwealth, were always eligible; the US contingent became involved only two years ago. There had been speculation that the veteran Anne Tyler would emerge victorious with A Spool of Blue Thread, which is not her finest novel yet was far more acceptable than seeing the first American victory going to the much-hyped A Little Life, the second novel from Hanya Yanagihara. Her novel written in sub-Donna Tartt prose is about child abuse and, in common with James is far too long, too wordy and heated. Similarly Sunjeev Sahota, also with a second novel, The Year of the Runaways, made a brief and dignified attempt at exploring the agonies and fears of migrant workers attempting to make a new life for themselves in an alien and often hostile new culture; in his case he followed some very different young Indian men adrift in Sheffield. For what it’s worth, it is a good novel rather than a great, but a book which succeeds through the quality of its characterisation.

James as a teacher has commented that in his writing he commits offences he would never allow his students – such as writing seven-page sentences. The linguistic and stylistic excess which dominates and sustains A Brief History of Seven Killings both elevates it and burdens it, individual readers will decide. It is a book which either takes over for the time it takes to read it – or causes a reader to shriek defeat and run a mile. No matter how compelling, and it is, it is often stymied through being heavily contrived.

It would have been very pleasing to see the singular Man Booker shortlist veteran Briton Tom McCarthy triumph with his daring book of ideas, Satin Island, a flamboyant excursion, hosted by an ultra cool narrator, into the way the minds works. With its shades of JG Ballard meets Don De Lillo, it is a cerebral journey which also engages through its wit.

The year’s lone debut, Nigerian Chigozie Obioma’s The Fishermen is an appealing debut balancing Biblical fatalism and one family’s doom against a backdrop of recent politics. Marlon James, though, carried off the prize with gusto and energy in a sprawling book which howls like a wolf – or one that shouts louder and longer than most novels.