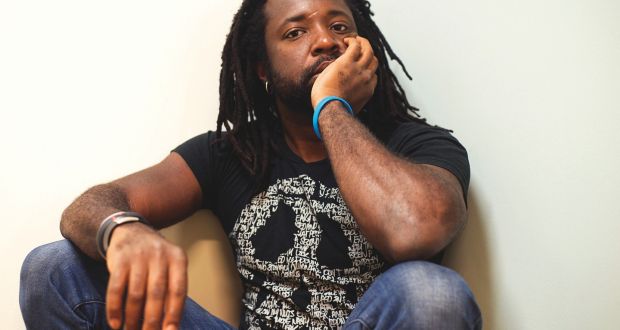 Marlon James has penned a “literary fantasy” without a single lapse in energy or nerve. Photograph: PA

Marlon James won the 2015 Man Booker Prize for A Brief History of Seven Killings. His next venture is an ambitious fantasy trilogy, Dark Star, of which Black Leopard, Red Wolf is the first instalment.

At 620 pages it’s a big book, but also one of the bravest and boldest pieces of contemporary fiction I’ve read in years. I first encountered James’ striking, uncompromising voice with Seven Killings and this same, often abrasive directness turbo-powers his new “literary fantasy” without a single lapse in energy or nerve.

In a mythical Africa, populated by gods and demi-gods, by witches, monsters and shape-shifters, where the North and South Kingdoms have been at war for centuries, and the age of gods has now become the age of kings, we meet Tracker, who is said “to have a nose”. (He is being questioned by “the Inquisitor” and we will have to wait till the end of the book to find out why, exactly.) From here, the events in the ensuing six sections of the book are recounted.

First, Tracker recalls his childhood in Ku. Discovering that the man he thought was his grandfather is actually his father, and that the entire dynamic of his family is not as he thought, he leaves home. In Gangatom he meets the Leopard, a shape-shifter, sometimes known as Kwesi. They become friends and together rescue a group of discarded “deformed” children, the Mingi. These children, which include Smoke Girl, a blue ghost child who sits on Tracker’s shoulder, a pair of conjoined twins, a limbless boy, an albino, and a long-legged boy known as Giraffe Boy, will remain in Tracker’s heart and mind long after he has left this kingdom and become a man (and lover of “comely men”).

Years later, having established his career as finder of lost children and husbands (due to his brilliant nose), he again meets the Leopard, who requests the Tracker’s services in helping to find a stolen child, supposedly that of an important Elder, Basu Fumanguru. What unfolds next is a magnificent, action-packed saga, as Tracker, true to his wolf-like instincts and sense of smell, uncovers the many layers of lies in his new undertaking. Without giving too much away here, Tracker, the Leopard and their fellowship of hunters (which includes a giant, a witch and a demi-god) find themselves in dark, enchanted forests, passing through time portals, encountering vampires and flesh-eating monsters and all manner of fantastic beasts, until finally, the true diabolical nature of their quest comes to light. As with all such quest stories, en route we learn many back-stories and histories, including the tale of how Tracker got his one wolf eye, and there is love and tenderness, too, in what are some of the most beautiful and moving passages in the book.

The novel, which comes with detailed maps and geographical descriptions, is structured into six mostly linear sections (there is some back-tracking), and while traces of Tolkien, Angela Carter, George RR Martin’s Game of Thrones are clear enough here, there are also other literary influences at work. With “the ten and nine doors”, time-portals effectively, I was reminded of CS Lewis’s Narnia (though this is a very dark Narnia). And there’s a nod, too, to Ulysses: Chapter Six is written partly as a play and in Chapter Nineteen the text is unpunctuated for several pages. And, as in the work of CS Lewis, despite the absolutely pitiless world the novel thrusts us into, there is a deeply moral centre to the piece, a guide, which comes from Tracker’s own dark and tortured heart, which seems to say that despite the evil that abounds, innocence is a thing worth fighting for and protecting, else we are doomed.

Albert Camus said “a man without ethics is a wild beast loosed upon this world”. Such is the dilemma of Tracker, until he is tested, and finds he is not entirely the brothel-frequenting loveless vagabond he thought he was. He is much better. In Tracker we are presented with a wholly relatable and sympathetic character, a magnificent creation, who I hope will go on to feature in subsequent instalments. I also enjoyed the supporting characters of this book, especially Leopard, Sadogo the giant and Mossi the Prefect.

As with James’s previous novels, the prose is remarkable. Sentences like “The sky was gray and fat with waiting rain” and “She came out of the trees as if out of the trees she sprung”, with their distilled quality and tight rhythms, abound in this wild fantastical tale. Neil Gaiman states that “Black Leopard, Red Wolf is the kind of novel I never realised I was missing” and this will undoubtedly be the opinion of the book’s hopefully wide audience. I look forward to books two and three in the series..