Bird tale that fails to fly: H is for Hawk by Helen Macdonald 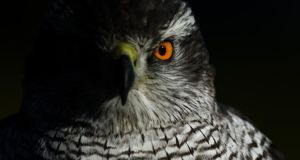 Book Title:
H is for Hawk

Wise people give good advice about never being fooled by the cover of a book. Yet the foolish, such as me, are often taken in, if rarely quite as fully as with this theatrical exercise in genre-bending soul searching. A dramatic young goshawk glares out from the eye-catching jacket of Helen Macdonald’s infuriating account of manning, or acclimatising to humans, a bird of prey. It all seems so promising.

But no: this is yet another of those trendy personal memoirs masquerading as nature writing in which the human agonies – in this case the sudden death of a much-loved father – relegates the natural world to an arch subtext at best. Such is Macdonald’s grief, which she describes as “a kind of madness”, that she decides her only salvation lies in the training of a goshawk, the most fractious of hawks.

It sounds desperate, and initially incredibly romantic, even heroic – although it is not quite as extreme in her case as it might sound, because Macdonald is an expert falconer. Now in her 40s, she has been obsessed with falconry since she was eight years old, trained her first bird at 11 and has worked at a bird-of-prey centre in England in addition to spending three years training saker falcons in Abu Dhabi for Arab royalty. Her study Falcon was published in 2006. She is no beginner, which is what makes her schoolmarm trashing of TH White’s spellbinding yeoman’s classic The Goshawk (1951) – a refrain that serves as a narrative structure of sorts – so outrageously unfair. White (1906-1964), a complete novice, repeatedly takes the blame for his mistakes; he overfed his hawk, petted it constantly and regaled it with Shakespeare and music – which it did rather like.

H Is for Hawk includes an irritating mix of the personal and confessional: “Here’s a word: Bereavement. Or, Bereaved. Bereft. It’s from the Old English bereafian, meaning ‘to deprive of, take away, seize, rob’. Robbed. Seized. It happens to everyone. But you feel it alone. Shocking loss isn’t to be shared, no matter how hard you try.”

Macdonald’s style veers between clipped and businesslike asides, passages of purple prose and heavily descriptive interludes, as well as updates on her personal life and despair. H is for hawk, but H is also for Helen, and there is far more Helen here than hawk, which presents a problem for a reader interested in reading a book about the ancient art of falconry as practised today.

Macdonald wants her parents to leave, then admits to feeling terrified – not of the birds but of the men, the falconers. Early on she sets out to establish a tone of fey eccentricity. It is quite maddening.

Then there is a cloak-and-dagger description of driving to a Scottish quayside at which she collects her hawk from the Northern Ireland breeder who arrives with two birds. The larger female is for Macdonald. She admits to being terrified of it, so she persuades the breeder to sell her the smaller, quieter one. Enter Mabel, the real heroine of this chaotic, chummy and ambivalent narrative.

One should never allow moral judgments to dictate a review of any book, but there is something deeply grotesque about the image of a magnificent solitary bird such as a goshawk – admittedly one bred in captivity, as was Macdonald’s – on a perch in a dimly lit sittingroom, watching TV and eating frozen meat. Goshawks are hunters, and they tend to eat their kill – and often while it is still alive. It is a fact of nature, and although Macdonald assures us that friends laugh at her efforts to avoid walking on spiders and that she never kills flies, it is then curious to read about her helping her hawk yank a rabbit from a hole and then stand by as it devours it – after she helped kill it. She often kills in the course of feeding her bird, food being central to training such birds. The point is that falconry includes killing, which is the point on which many aspiring falconers, me included, drop out.

Regardless of the contradictions, and whether one agrees with Macdonald, who is obviously human in her sorrow and her love of falconry and unstinting in her candour about her life and insecurities, her prose style is overpowering and often verbose. There are parallels with Ruth Padel’s similarly egocentric Tigers in Red Weather (2005), about a quest for tigers undertaken to speed recovery from a failed relationship. Yet Padel includes extensive international material about endangered tigers.

Macdonald draws on Sylvia Townsend Warner’s biography TH White: A Life (1967) as her source for dissecting him. White was an original, a troubled genius possessed of the vivid literary medievalist’s imagination that inspired the four books of his Arthurian cycle, which was published in 1958 as The Once and Future King.

The Goshawk, which was written between 1936 and 1937, came to be published only after his publisher had, during a visit to White in Greece, sat on the manuscript. It is a wonderful book, completely eccentric, that records White’s passionate and disastrous experience of manning a young male, or tercel, goshawk sent to him from Germany. White’s goshawk, unlike Macdonald’s, had been bred and raised in the wild.

There is great humour and humility in White’s colourful and eccentric book, as well as frustration. I first read it after having loved The Once and Future King, wrongly thinking it was another story. What a wilful wonder it is, a tremendous account of man and nature in which nature wins.

Macdonald also dismisses another classic, JA Baker’s The Peregrine (1967), a subtle work in which the human merely watches two pairs of peregrines over seven months. Written in sonorous prose inspired by the poetry of Hopkins, it is a beautiful lamentation – to which Macdonald objects – as Baker was only too aware of the damage being done by now banned insecticides.

Instead of attacking White’s ham-fisted, book-learned falconry and pettily declaring that his isolated country cottage was actually in the grounds of Stowe School, where he taught English before becoming a full-time writer, Macdonald should have told us more about Mabel and her stay in the aviary in Suffolk, subsequent life over several years and what happened to her until her death, from a fungal virus, in 2013. The poor hawk is unfortunately only part of Macdonald’s story. For White, Gos was his story, his inspiration, his love, his agony, and The Goshawk remains one of the strangest, most affecting and involving of narratives, in so many ways the true hawk book that this slick and fashionable nature memoirist’s fails to be.