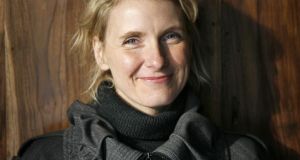 Elizabeth Gilbert’s Big Magic argues that ideas are conscious forms “driven by a single impulse: to be made manifest . . . through collaboration with a human partner”. But it’s also the most sensible, sane, useful and inspiring book about creativity that I’ve read. Gilbert is the author of several works of fiction and nonfiction, including the memoir Eat Pray Love, and Big Magic is both an exploration of how creativity works and a book of advice for anyone who engages in creative activity.

Gilbert writes about enchantment and wonder, but her feet are always firmly on the ground. “While I’ve always believed in magical thinking, I wasn’t a child, either,” she writes. “I knew that wishing it would not make it so.”

The thought of ideas seeking human collaborators may sound ethereal, but that’s only one aspect of the book; in general, Gilbert’s approach is eminently practical.

She stresses the importance of hard work and warns against perfectionism. Witty and self-aware, she never urges her readers to just follow their dreams or to believe they can’t fail, or any of the usual platitudes often thrown at people with creative ambitions. Instead of following their passions, Gilbert urges readers to follow their curiosity, which she calls “the secret . . . Curiosity is the truth and the way of creative living”.

And rather than imagine that they can’t fail, Gilbert advises readers to pursue a project they would work on even if they knew it wouldn’t be a hit. The hope of commercial success and the recognition of others shouldn’t be what drive creative work, not least because they are not guaranteed even to the most talented and hardworking.

We should live and work creatively because it’s fun, because it expands our lives, because if we don’t express we will be frustrated, and because “what else are you going to do with your time on earth – not make things?”

Gilbert is also great when she’s demolishing myths, whether it’s the romantic idea of the tortured artist or the “self-infantalising” conviction that we could do our best work if only we didn’t have to bother about money and the mundane aspects of everyday life.

And she’s under no illusions that being an artist in a democratic country is an “important” job. (“You would be hard-pressed to find a job that is not objectively more important to society than mine.”) It’s all very refreshing.

But is it useful? I’ve written four well-received novels for young adults. Earlier this year I abandoned a fifth halfway through; right now I’m working on my first historical novel. And in almost every section of Big Magic I found something that rang perfectly true to my situation, something that helped me to view my work and my creative stumbling blocks in a new and more productive way.

I would also have found something enormously useful in every chapter when I was writing my first novel, or back when I was a teenager, with dozens of notebooks full of unfinished stories.

Whether you’re worried about getting started, burning out, making money, failing or even succeeding, there is something in this book that will speak to you, even if you’re averse to the more spiritual aspects.

I am, I might add, instinctively sceptical about anything “entirely and unapologetically based on magical thinking”, as Gilbert puts it. But, as she says towards the end of the book, “If you’re going to live your life based on delusions (and you are, because we all do), then why not at least select a delusion that is helpful? Allow me to suggest this one: the work wants to be made, and it wants to be made through you.”

Well, it can’t hurt. And it did make me think a lot about two times I had exciting ideas for writing projects and never did anything about them. Just a few years later both those ideas became other people’s excellent books. Did my ideas get tired of my laziness and move on to more willing collaborators? I have no idea. All I know is that the next time I get an idea that will not leave me alone until it has my fullest attention, I’m going to hang on to it for dear life. And then I’ll get to work.

The Man Who Killed Don Quixote: Compromised and astonishingly unfinished
3