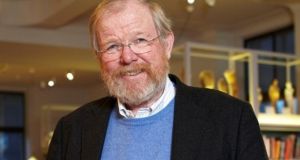 Bill Bryson, author of travel and science books which have sold millions of copies worldwide, is considering putting down the pen for good.

The 68-year-old told Times Radio he had been treating retirement as an experiment this year and “it has been successful and I’m pretty likely to continue”.

Bryson, whose books include A Short History of Nearly Everything and The Lost Continent, is perhaps best known for a travel book on his adopted homeland Notes from a Small Island.

In the book, he described Durham as “a perfect little city” and Bryson went on to become chancellor of the university in 2005.

Born in Iowa and now a dual US-UK citizen, Bryson told the station in an interview to be broadcast on Thursday he was worried about running out of things to do if he stopped writing.

He added: “That has not been the case.

“The world is full of other things to do that are enjoyable without any of the pressures that come with you doing this as a job.” – PA