Around the world with Norman Davies: a powerful history lesson 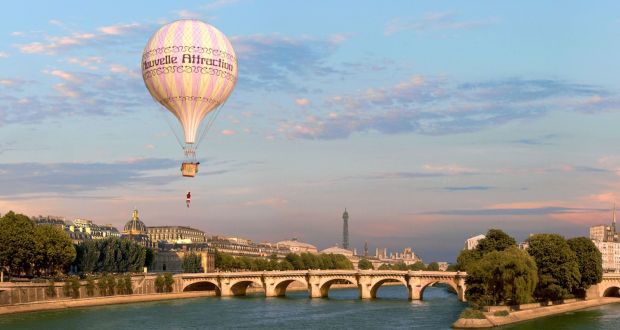 Historian Norman Davies travelled around the world in the first half of 2012, to “spot the recurring themes and catch the fleeting details. And then to tell the story”

Book Title:
Beneath Another Sky: A Global Journey Into History

Norman Davies has never suffered from lack of ambition in his historical range, as witnessed in a number of his previous books, including the whopping Europe: A History (1996). Yet even by his standards, the project underpinning this book was daunting and daring; to travel around the world in the first half of 2012, to “test my powers of observation, to spot the recurring themes and catch the fleeting details. And then to tell the story”.

In the hands of a lesser historian this book could have been a mess, but Davies, now almost 80 and having come through strokes and cancer, pulls it off. He has the depth and experience to be confident in his sweeping approach – the book is just over 700 pages – and he has a humour and wryness that suggest he is enjoying himself no end, though this can lead to occasional loss of focus. He also has power and comfort on his travels: “I am fortunate that I can count on diplomatic support during foreign trips”. He spends much time “at the top end of the social scene” and at destination airports there was invariably a limousine waiting to pick him up.

He manages to weave an absorbing mix of past and present, making the book both travel guide (he frequently quotes from inflight magazines and local newspapers and tourist publications) and historical narrative. There are central themes, underlined in how he introduces his foray into the history of Cornwall; its evolution and the fate of its language Kerneweg, was “a good example of the worldwide and continuing problem of indigenous peoples and the struggles against rapacious conquerors and exploiters”. He also cites this theme in relation to the ancient kingdom of Caucasian Albania and the shadow of Russian expansion. He then travels to the United Arab Emirates, where seven men rule and 80 per cent of the population is denied basic citizens’ rights, meaning the assertion that “Islamic banking… promotes the concept of financial fairness” seems far-fetched.

In India, he outlines the history of its caste system, visits monuments and museums that are redolent of past glories and reflects on an Indian railway system that “for the post-imperialist British visitor is redolent of a sense of redemption”. Woven into his various historical and geographical narratives are the many racist frames of mind over centuries that automatically denigrated colonial people to justify colonial rule.

He delves in to the “extraordinary linguistic concoction” that results from mixing the various languages in Malaysia and delights, before delving into the history, in highlighting contemporary life in his host countries, including Singapore’s “all-encompassing bylaws… one offence, applying mainly to men, bans urinating from a standing position after 11pm”. He is also intrigued by the “gastronomic curiosities” still extant that involve “mixing oriental dishes with eccentric British food products”. He devotes much attention to the fall of Singapore in 1942 which humiliated Britain and moves on to discuss the origins of cartography, the annals of East bound navigation in the 16th century and the rejection by Chinese, Koreans and Japanese of the Eurocentric idea that they live in the “Far East.”

He is very strong on Tasmania and the 11 European expeditions to Van Diemen’s Land from 1772-1803 as well as those who were transported there, including many Irish. In the 1830s William Ullathorne, the Vicar General of New South Wales recorded that “fifty thousand souls are festering in bondage…we have taken a vast portion of God’s earth and we have made it a cess pool”.

Davies is driven by a noble quest: “to understand the people who went before… the aborigines, the colonists, the bushrangers, the convicts” and he also indulges his senses: “I started with a chowder, packed with super-fresh prawns, mussels, sea trout and garlic croustade…washed down with a bottle of Bay of Fires Riesling”. In New Zealand, he mediates on the survival of Maori culture, preserved by the mechanics of a complex oral tradition. He is apt to contrast tourist guff and promotional websites with the complexity and brutality he delineates and in doing so, he reveals many layers, including scientific expeditions to the Pacific, the importation of disease, the ignorance of pacific cultures and the Christian missionaries who sought to convert the “noble savages” of Polynesia: “Uniquely, the only Pacific island to escape the clutches of foreign imperialists was Tonga”.

From the Pacific, he moves to Houston, Texas, and expands on the “vituperative dogfights” that have beset realisation of the “American dream”, as well as digging into the “astonishing diversity of Native American cultures” and the US invasion of Mexico in 1846. He also outlines in great detail the history of New York, noting, “after 250 years of mass migration, NY is still the paramount city for arrivals”. His observations on migration have a particular resonance given contemporary debates, prejudices and fears. Almost half of New Yorkers speak a language other than English at home, a reminder of the relevance of the phrase “the melting pot” invented about the US by the British born writer of Polish-Jewish descent, Israel Zangwill (1864-1926).

As early as 1643 a visiting Dutch pastor reported that 18 languages were spoken in what became New York; indeed it “acquired some of its outstanding present-day characteristics” from the Dutch and he notes pointedly that the Pilgrim Fathers were refugees, all of which reminds us “that migration is a central feature of human activity”. Davies then moves back to Europe and Frankfurt airport, where he began his journey. Its main building is “a torture chamber of sensory bombardment”.

Another chapter includes a history of aviation and unsolved air mysteries and he reflects at length on the possible causes of the downed Malaysian airliner MH370 in 2014, which to my mind does not fit well into the overall narrative. Final reflections on the history of imperialism involve a detailed review of how this subject has been written about to date, and the dilemma of writing “balanced” imperial history, based on lectures he has delivered (and he delvers many in the course of his voyage). He is keen to contest the idea of a “binary” view of the world – European and non-European – promoted by, amongst others, Niall Ferguson. He argues that the worst pages of European history were “written at home” and that “Europeans’ long record of inhumanity to each other disqualifies them from any pretensions of superiority over the peoples of other continents”.

The scale of Davies journey was never going to produce a short book and his subject matter merits considerable length, but he is over-indulged by his editor: do we really need to know that his guide in Baku, Azerbaijan “has jet-black hair, jet black brows, jet black eyes, jet black lashes”? Nor is it necessary to remind us “there’s nothing like travelling around the world to sharpen one’s sense of orientation”. But perhaps, at this stage, Davies has earned some indulgences and he is also a good enough historian to admit to his own ignorance; thanks to his travels he “learned that my own orientational mindset was embarrassingly parochial”. In rectifying that, he has delivered a powerful geography and history lesson and imbued it with style, verve, humour and occasional grumpiness. It is all underpinned by impressive research and the manuscript was first handwritten and then transformed “into digital text” by his friend Magda Rabiega. There are unlikely to be many more such transcription arrangements.

Diarmaid Ferriter is professor of Modern Irish History at UCD and an Irish Times columnist. His next book, On the Edge: Ireland’s Offshore Islands, A Modern History will be published in September by Profile Books