Another Planet review: a pop star’s memoir of suburbia 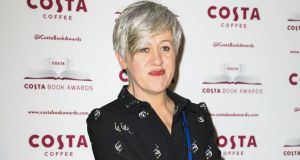 Tracey Thorn: comes to recognise, in her 50s, that the suburb in which she was born and bred is part of her DNA. Photograph: Tristan Fewings/Getty Images

Book Title:
Another Planet: A Teenager in Suburbia

The title of Tracey Thorn’s new memoir, Another Planet, takes on added resonance when, in the closing pages, the author reflects upon how mysterious we remain to our nearest and dearest. Even when she had become a middle-aged, middle-class, married mother of three, living in affluent north London, her father continued to think of her as hailing “from another planet”. The feeling, to be fair, was mutual, and in this book which, she claims, could never have been written while her parents were still alive, Thorn endeavours to understand the world they inhabited. We remain opaque to ourselves too, of course, and it is above all for this reason – in the great essayistic tradition - that she put pen to paper.

Behind this title one also hears feedback carried on the wind of time: echoes of The Only Ones’ 1978 punk pop classic, Another Girl, Another Planet, its ghostly former half shining through like a watermark. Having long considered that she had made a “clean break” with her suburban past, Thorn comes to recognise, in her 50s, that this milieu in which she was born and bred is part of her DNA; that she has “suburban bones”, as she puts it on two occasions. In a bid to “reconnect with the self [she] left behind,” she takes a short train ride “back to [her] childhood, as though it still exists, as tangible and revisitable” as the place she once fled to go to university – a move that transformed her into someone her parents, sadly, could no longer relate to. She would soon find fame and fortune as one half of Everything But the Girl and as a solo singer-songwriter.

Back in Brookmans Park – a garden village in Hertfordshire – Thorn feels haunted by this earlier iteration of herself. She observes four teenage girls, sitting on the bench in the village green, who “might have been there for 40 years. They seem like ghosts.” About a schoolgirl, glimpsed at on the platform as she awaits the train that will take her back to London, she writes: “I look up and the girl has vanished, perhaps I imagined her? Was she some ghost version of me?”

Thorn’s belief that there is “something inherently respectful about properly looking at a place” provides the moral and aesthetic underpinning of her project. The uncanniness of suburbia is revealed by attending to its sheer ordinariness, frequently overlooked through familiarity or contempt: “Brookmans Park was so picture perfect, it was unreal, like a Truman Show stage set.” Nothing is stranger than precision, as Alain Robbe-Grillet discovered while reading Kafka. Thorn’s razor-sharp descriptions have the dreamy quality of hyperreality: the bluebells of yesteryear that seemed “to pull the sky down into the woods”, the patch of garden she tended as a little girl “marked out with pebbles and sea shells, filled with marigolds and snapdragons”, or the Christmases past with the timely “arrival of Grandad in a three-piece suit, penknife poised and ready to take the peel off an apple in one single strip”.

For all the meticulousness with which she brings her childhood home back to life – the “low, crenellated brick wall, that little hint of the Englishman’s castle” in the front garden; the “whirligig clothes drier on a crazy-paving patio” in the back – the author finds that suburbia remains eerily elusive; semi-detached. Its very liminality demands that it be limned in an “equivocal way,” often “by subtraction”.

This ambivalence is reflected in the structure of the book, which alternates between chapters devoted to Thorn’s day trip to Brookmans Park in 2016 and a running commentary on extracts from her teenage diaries spanning the years 1976 (when she was 13 ) to 1981. The entries, punctuated by typical tut tuts and sob sobs, express a mounting sense of boredom, increasingly alleviated by drinking, punk gigs and “getting off” with boys at the local disco. The present travels back into the past and vice-versa, leading to all sorts of striking contrasts and revaluations.

At the heart of this beautiful book – which acts like a corrective to her previous memoir, Bedsit Disco Queen – lies a blank page in one of the diaries, which Thorn mentions, teasingly, several times, without ever disclosing what she was concealing from prying eyes. It is weaponised as an alienation effect to prevent the reader from being taken in by the confessional tenor of the diary format. Writing, the author reminds us – and no doubt herself too – is “always about knowing who’s in charge”.

At journey’s end, Tracey Thorn understands why her parents relocated to the suburbs. She also remembers how “very little happened” there “over and over again” – like Reginald Perrin rewritten by Samuel Beckett. I suspect she will not be going back in a hurry.