An eloquent, shocking memorial: The Narrow Road to the Deep North 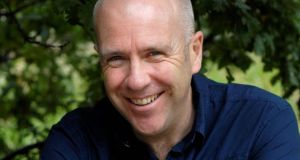 Book Title:
The Narrow Road to the Deep North

Chance often seems to favour Dorrigo Evans, the remote central character of the Tasmanian writer Richard Flanagan’s Homeric sixth novel, an epic about life and death and the grim burden of survival. Evans, who is based on the Australian surgeon Edward “Weary” Dunlop (1907-93), endures into old age, and, for all the success and subsequent honours he gathers, this loneliest of men never again recaptures the glory he experienced in the school yard when playing with the bigger boys.

“Time slowed, he found all the space he needed in the crowding spot into which the biggest, strongest boys were now rushing. He understood the ball dangling from the sun was his and all he had to do was rise. His eyes were only for the ball, but he sensed he would not make it running at the speed he was, and so he leapt, his feet finding the back of one boy, his knees the shoulders of another and so he climbed into the full dazzle of the sun, his arms stretched out high above him, he felt the ball arrive in his hands, and he knew he could now begin to fall out of the sun.”

The opening sentences of this powerful, often brutal love story are deceptively beautiful: “Dorrigo Evans’s earliest memories were of sun flooding a church hall in which he sat with his mother and grandmother.”

Secure and protected, he can play, confident that his mother will tend his wounds. He recalls the day he saw a grown man sit at his mother’s kitchen table and cry, an unusual sight by any reckoning, particularly in early 20th-century Tasmania. A week earlier the boy had also been watching as his older brother embraced the wife of the man who had wept.

Evans, the first of his family to be educated, becomes a doctor. He sees many things happen, sleeps with various women, is widely admired, appears faithful to nothing and everything, and, above all, remains detached, secretive and always on the margins of life, at least as far as emotions are concerned. He has a reason: an early passion for another man’s wife that defines his life.

There are echoes of The Great World (1990), the superb war novel by Flanagan’s fellow Australian David Malouf, and the influence of Patrick White hovers over the characterisation of Evans, as well as the prose and sardonic tone throughout.

Flanagan follows him back and forth between prewar Tasmania, Melbourne and Adelaide and on to postwar Sydney. He also plots the later lives of the major Japanese characters and the men they became after their wartime careers.

Juxtaposed with all of these sequences is the finest writing in the book, harrowing scenes in which Australian prisoners of war are goaded and brutalised by their Japanese guards as they work on the Death Railway, or the Line, a 415km stretch between Burma and Thailand.

Gradually the jaunty Aussies, who initially sing and joke and greatly bewilder captors conditioned to serve the emperor, disintegrate. Torture is almost irrelevant as the men, desperately weakened by starvation and disease, whether victims or onlookers, are passively accepting. One man is so viciously beaten that he later drowns in the latrine.

A glance at the jacket notes confirms that Flanagan’s father, who as a prisoner of war worked on the death railway in 1942 and 1943, and to whom the novel is dedicated, died the day Flanagan completed the novel. It is an eloquent, if shocking, memorial. It is disappointing that Flanagan does not include any acknowledgments about sources. Even so, the jungle sequences are extraordinarily vivid and convincing. The Aussie prisoners emerge as real men, neither heroes nor saints, but real in their dealings with each other. Evans is different; he exists in a permanent state of loss caused by a love affair that not only changed his life but also gave him a purpose.

The narrative drifts from country to country, from the past to the present, and this time-shifting technique is very effective. Evans the boy quickly yields to his elderly self, before reverting to his middle years. A maxim takes root in his mind: “A happy man has no past, while an unhappy man has nothing else.”

At the heart of the narrative is a chance encounter. While browsing in a bookstore, Evans notices a woman among a small group of partygoers. Amy is equally drawn to him. She turns out to be the much younger wife of his uncle, a hotelier. Evans decides to visit his uncle.

Both Amy and Evans will suffer the agonies of obligation. Flanagan is very good on this, and his handling of characterisation and dialogue throughout The Narrow Road to the Deep North is impressive. Evans is the most shadowy. It is as if, having experienced love, his loss of it causes him to drift.

His subsequent marriage to the loyal and tolerant if also determined Ella is brilliantly drawn. She emerges as a remarkable creation, almost beautiful but for her slightly peculiar nose, which constantly distracts the ungrateful Evans from her many qualities.

Whereas Amy teases Evans for his bookishness and love of words, there are many literary references, and Evans often quotes from Tennyson’s Ulysses (1833). Ella defers to Evans. There is a striking episode during which she and her three children are caught up in a bush fire while waiting for Evans. The family battle along the road, pursued by flames. He is approaching from the opposite direction in a borrowed car. At times of crisis Evans realises that, although he does not love Ella, they are bound together by habit and shared responsibility.

Flanagan, whose novels include Gould’s Book of Fish (2001), The Unknown Terrorist (2006) and Wanting (2008), is a gifted writer. His feel for language, history’s persistent undercurrent and subtle detail sets his fiction apart. There isn’t a false note in this book. He can evoke emotion without a trace of sentimentality or bathos.

Evans can watch as he orders his skeletal men to burn the corpses of their dead comrades. A chance meeting gives him a cause; a chance piece of misinformation takes it away. In the midst of the stifling hell of the Burmese jungle he decides to perform a radical surgery on a soldier as gangrene has set into Jack Rainbow’s already partly amputated leg. It is a devastating scene: “Dorrigo Evans began cutting away his leg stump. The stench of the dead flesh was so powerful it was all he could do not to vomit. But Jack Rainbow’s screams confirmed to Dorrigo Evans that he was doing what he had to do: cut into living flesh.”

He cuts deep, then sews up the reduced stump, convinced he has saved Rainbow’s life. But the blood begins to trickle through the stitches, then seeps, before pumping itself dry. Evans continues to work “with the utmost care and delicacy to make sure his work would hold and Jack live, and when it was done and he lifted his head he knew Jack had been dead for some minutes and no one had known how to tell him.”

Shortlisted for this year’s Miles Franklin award, Australia’s major literary prize, The Narrow Road to the Deep North is about truth and many levels of courage. It looks at both the evil and the humanity of war. Above all it is a love story determined by cold reality and the real-life stories that haunt not only survivors but also their descendants. Flanagan has looked to history and family experience to shape a storyteller’s work of art.