An early pitch for The Dark Fields, now filmed as Limitless, was ‘Viagra for the brain’ or ‘a pharmaceutical Faust’. It is a cautionary tale and as it turns out a prescient one 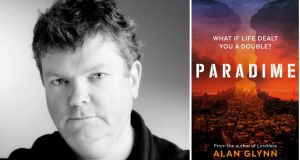 Alan Glynn: With each passing year we get that little bit closer to what is popularly known as the Singularity, the point at which we humans finally transcend, through technology, our biological limitations

In the more than 15 years since I wrote my novel The Dark Fields (later filmed as Limitless, itself now the basis of a new CBS TV series of the same name) interest in smart drugs and nootropics has grown exponentially. This is partly due to advances in neuroscience and in our understanding of how the brain works (or may work, we have a long way to go yet), but it is also due to the wild promises of cognitive enhancement that many of these substances hold out – sharper focus, mental clarity, boundless energy, flow state on tap, even reversal of the aging process.

But while there is plenty of new science on neurogenesis and brain plasticity, and on brain health in general, there is nothing in reality that comes even close to MDT-48, the drug in the book (or NZT-48 in the movie and series). Pharmaceuticals such as Ritalin, Adderall and modafinil have clinical uses and can be very effective for people with specific conditions, but they don’t actually make anyone smarter.

In so-called off-label use, the best that these drugs will do is keep you awake for longer than can possibly be good for you and almost certainly with diminishing returns in respect of productivity or output. The effects of nootropics, which use only natural substances such as herbs, minerals, vitamins and amino acids, are subtle at best, and barely detectable, if at all, in most cases.

But spend five minutes on the internet and you would think that these quasi-superpowers are only a click and a credit-card number away. The word “limitless” itself has been co-opted by many websites that advertise products with madey-up, science-y-sounding names like Cogniflex and Optibrain. Some claim to be selling the “real” Limitless pill. Others take the form of advertorials or fake articles (called “farticles”, apparently) stuffed with bogus endorsements from the likes of Stephen Hawking and Bill Gates. It’s quite amazing that they can get away with this sort of stuff – but then look at the health supplements industry, which has been doing the same thing for years, its go-to adjective being “miraculous”. What they are selling, of course, is hope, and a super-accelerated form of it – the instant cure, the short cut to perfect health, to a smarter, faster, more charismatic YOU.

And all in a single pill.

This is not to deny that there’s a revolution of sorts going on – an unprecedented, internet-fuelled proliferation of knowledge about every aspect of health and well-being. People are discovering and sharing information in ways, and at a rate, that has never been possible before. The quantified self and bio-hacking movements are enabling people to exert more control over their lives. Diet and fitness orthodoxies are being challenged and overturned. Meditation techniques are nudging the reset button on our deepest insecurities.

And it’s true that new studies have widened our understanding of how various natural and chemical substances can promote both healing and personal growth. But if there is one consistent message that emerges from all of these systems and practices, it’s that change – self-improvement, self-transformation, call it what you will – is a slow-burn affair. It’s gradual and incremental. It requires commitment and emotional intelligence. There are no short cuts. There is no silver bullet.

Now, no one likes an I-told-you-so, but . . . this really was the point of the original book. An early pitch for the idea was “Viagra for the brain”, which certainly caught on, but I preferred the even more succinct, “a pharmaceutical Faust”. That’s because The Dark Fields was meant to be a cautionary tale. Here’s instant access to all the knowledge in the world, sort of thing, but it comes with a hefty price tag. It was the mechanism of selling your soul to the devil reduced to a commodity. And if that seemed about right in 1999, how much more so does it seem today? With each passing year – each month – we get that little bit closer to what is popularly known as the Singularity, the point at which we humans finally transcend, through technology, our biological limitations. Whether it is physical augmentation or cognitive enhancement, the creation of an AI or the uploading of consciousness, this is a road we have been on for a very long time – and teasing out the degree of possible hubris involved has occupied storytellers going all the way back to Mary Shelley’s Frankenstein; or, the Modern Prometheus.

Again, maybe everything will work out. Maybe utopia is just around the corner – Ray Kurzweil pegs 2045 as the year we will multiply our intelligence a billionfold by linking wirelessly from our brains to a synthetic neocortex in the cloud.

But, to borrow a much-used phrase of my mother’s, it’s not you I’m worried about, Ray, it’s human nature. Because if there’s any way to mess this thing up, odds are that we’ll find it – which is at least a process you can depend on to be interesting.

In short, that’s where the story is.

What’s not interesting, though, and where’s there’s no story, is aggressive online marketing. Because with these scammy internet sites – the ones pushing the supposedly real Limitless pill – it’s all bait and no switch. MDT/NZT appeals to people because of what it promises, and if that’s the bait, then we know there has to be a switch. It’s just how a good story works. Otherwise, all you’re left with is a cheap, transparent play for clicks on the Buy Now button.

So this recent spike in the global snake oil market has been very strange for me to watch. As a phenomenon, it now exists in parallel with my original book, and – much more explicitly, given the title – with the movie. I can’t control any of that, but it’s certainly weird to have your point made for you, and, at the very same time, completely subverted.

Paradime by Alan Glynn is published by Faber, priced £12.99