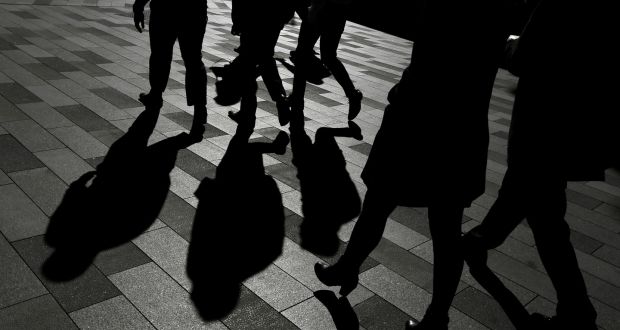 According to Thomas Piketty, if the rate of profit (r) is greater than growth (g), the income of the most advantaged will accelerate faster than average income from work. Photograph: Jason Reed/Reuters

Book Title:
After Piketty: The Agenda for Economics and Inequality

Very few equations, especially from the so-called dismal science, have appeared on T-shirts. There was a rare instance, not long ago, when the formula “r>g” appeared on clothing on American university campuses.

The equation originated in the extraordinary Capital in the Twenty-First Century, by the French academic Thomas Piketty. No modern economic work has achieved such prominence.

Within a year of the appearance of its English translation, in the spring of 2014, the book had sold 2.1 million copies around the world. By the end of 2015 it was available in more than 30 languages. This is all the more remarkable as it comprises more than 700 pages of often technical economic history and analysis. The book has even acquired an abbreviated title: C21.

Capital in the Twenty-First Century is based on a decade of research into the levels and allocation of capital and income in the US and Europe over centuries. Piketty concludes that income from capital or wealth exceeded income from work across 200 years during the 18th and 19th centuries.

The consequences of two World Wars and the establishment of welfare states with progressive taxation significantly moderated this inequality. But the author contends that the potency of such interventions has faded, and that the political and economic primacy of capital is now reasserted.

Piketty’s work yields the thesis that if the rate of profit, or r, is ahead of the rate of growth, or g, then the income of the most advantaged in society will accelerate faster than average income from work.

If r>g, to go back to our T-shirt equation, then societies are faced with the prospect of embedded, structural inequality. The role of inheritance is crucial to this theory: the income due to those who inherit capital will exceed earnings available through work.

Paul Krugman, the American economist, writes that Capital in the Twenty-First Century “will change both the way we think about society and the way we do economics”. He makes the claim in After Piketty: The Agenda for Economics and Inequality, a collection of essays, on the argument and consequences of C21, that is nearly as large as the work that inspired it.

Piketty put capital at the centre of the economic universe. All other economic flows rise and fall under its influence. The most technical papers in this volume analyse this prominence. In this framework, shifts in the composition of capital profoundly affect the nature of society. The relationship between the rates of growth in capital and economic growth can hardwire increasing inequality into nations and communities.

In arguing that this is inevitable Piketty elevates his thesis to a law, contending that it is a “fundamental force for divergence”. Essays by, among others, the Nobel laureate Robert Solow explore this force.

The foundations of Piketty’s insight include a vast quantity of economic data and the use of mathematical modelling. But its summit moves into the arena of political economy, making claims that matter to any society concerned with cohesion and stability. Our future could resemble a past we thought buried by the inexorable march of economic progress. The future we might be on our way back to, Piketty argues, is that of the 19th century. The many aspects of this prospect are explored in a section of this collection that focuses on dimensions of inequality.

The reader does not need a doctorate in mathematical economics to appreciate the grandeur of this argument. Austen, Balzac and popular culture play a vital supporting role in C21. The concluding paper, by Piketty himself, argues that his work seeks to reconcile economics with broader social sciences.

He argues that “the complexity and multidimensionality of historical, social and political processes in real-world societies are so great that there is no way they can be adequately described by mathematical language alone”. I, for one, could not agree more.

Still, despite its size, this collection misses so much. Warning signs are found in the introduction. The editors describe themselves as “definite fans”, a position they are perfectly entitled to hold. But their admiration goes further: of criticism of C21, they write that “we see a large number of arguments that seem to us to be largely substance-free”, made by critics guilty of “amateur psychological diagnosis”. Some of their arguments are “more like things designed to reassure standard billionaires who are hoping to establish a dynasty”.

This is such a pity. Piketty has made a wonderful contribution to modern economics. His insights resonate with our discontents. But this does not invalidate potent criticisms of C21. Such challenges have included questioning whether laws can exist in economics, whether the digital economy disrupts the accumulation and transfer of wealth, and even whether Piketty confuses wealth with capital.

I do not believe that inequality is inevitable. Progressive taxation and social interventions make a difference. But such perspectives do not receive adequate prominence. Robert Solow’s essay is entitled “Thomas Piketty Is Right”. An accompanying piece contending the opposite might better allow readers to reach their own conclusions.

Readers looking for an introduction to Piketty will need to look elsewhere, perhaps to his earlier, far shorter The Economics of Inequality. So this is a disappointing collection for those seeking a rounded appreciation of his thinking. But such is the magnitude of Capital in the Twenty-First Century that we can be certain many other collections will follow.