A Whole Life by Robert Seethaler: one man endures, one day at a time 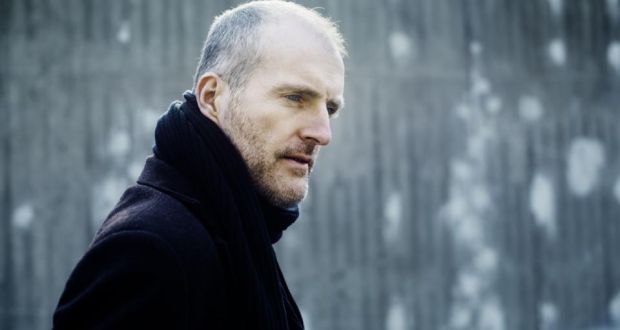 Fifty years ago an American writer published a tender, quiet novel that caused barely a ripple. Yet readers loved Stoner and it would become a book that lives through the insistence of word of mouth. Some time later, in 1973, Stoner was published in the UK, again without fanfare. And yet again, the reaction was positive, if muted.

Almost 30 years would pass before a publisher decided to reissue it. In order to secure the wider reverence, the support of a master was sought. John McGahern lovingly championed Stoner and wrote an introductory essay of rare critical intuition and insight.

Since then, John Williams’s subtle account of a farmer’s unassuming son who attends a midwestern college to study agriculture, only to discover literature and instead become a university lecturer, continues to beguile readers across the world. Williams was a career academic and Stoner was his third of four novels. He died in 1994

Hype dictates nowadays, meaning calm, understated novels are often overlooked. Yet subtle mood-fictions such as Stoner create a hunger for similar, thoughtful works. William Maxwell’s So Long, See You Tomorrow (1981), a heartbreaking, confessional story about how a boyhood moment of weakness earns the narrator a lifelong guilt over his cowardly act of betrayal, is another understated masterwork. So, too, is Paul Harding’s more recent Pulitzer Prize-winning Tinkers (2009), in which an old man lies dying as his confused memories coalesce into a vivid pageant in his mind.

Now another of these special, calm narratives that penetrate the joy and grief, the tiny comforts of being alive and the experiences which shape an individual, has arrived without any marketing hysteria, though it has been a bestseller in Europe.

Vienna-born actor and writer Robert Seethaler grew up in Germany and moved to Berlin in 1998. A Whole Life, his disciplined fifth novel, is as haunting and as spare as Stoner. It has been sensitively and astutely translated into English by Charlotte Collins and published within a year of its German publication.

The speed is not surprising, and it is wonderful to see a gentle, tender work devoid of sentimentality yet so evocative and moving being presented to an international readership.

Yet again its power rests in its candid simplicity. A Whole Life has the mood of an Alistair MacLeod story and will resonate with Irish readers for its physical evocation of the remote mountain village as well as for its understated melancholy, which is reminiscent of Sam Hanna Bell’s classic December Bride (1951).

Andreas has his reasons. In 1902, when he was about four, he arrives in the mountain village where he will spend his life and is taken in by a relative: a gruff, brutal farmer whose motivation for claiming the only child of a disgraced sister-in-law is the few bank notes in a leather pouch hanging around the youngster’s neck.

The farmer is a demented zealot, given to inflicting routine beatings for the most minor offence, such as spilling milk or stuttering at prayers. Little Andreas never cries, and this silence incited the farmer to further frenzy. During one such beating when the boy is eight, his thigh is badly fractured. Not even the gifted local bonesetter can repair it fully, leaving Andreas with a limp.

But Andreas grows strong, stronger than anyone else in the village. For all his awkwardness and slowness of speech, he possesses immense physical strength. In a remarkable sequence. the farmer is preparing to thrash him for dropping a bowl of soup. Andreas, by now 18, finally refuses to be beaten: “If you hit me, I’ll kill you,” he says. The farmer is shocked, then orders the boy to leave.

Events are reported calmly, as if the author has been told the story and is simply passing on the details. Andreas may have a simple existence, yet there are moments of intense drama. As a grown man he attempts to rescue the local goatherd. Somehow the dying man, having spoken to Andreas about death in the form of the Cold Lady, leaps to his feet, races off and disappears in the snow.

Earlier, when he is small, Andreas watches as the cart carrying the body of the farmer’s mother-in-law, the only family member who had been kind to him, lurches sideways on the road, and the dead woman’s arm slides out of the coffin and into view.

The towering mountains are eerie and avalanches are a reality. One night Andreas is woken by a sound: “it was no more than an intimation, a soft whisper stealing around the walls . . . Black clouds were racing across the night sky, a pale, shapeless moon flickering between them.”

As the landscape begins to move, Andreas is caught up by the rampaging snow and pushed along as if by a great wave. The subsequent tragedy changes everything for him.

Age catches up on him but he endures in his stoic, determined way. His response to the chance of a late intimacy is exquisitely handled by Seethaler. Andreas always adapts to change and sets up as a walking guide. He watches as his clients, the new breed of tourist, react to the very landscape within which he has lived and laboured.

Seethaler never reduces Andreas to a mere victim. Instead, he is a survivor whose personality evolves throughout the narrative as experiences consolidate his response to existence. It is his story, yet A Whole Life is also a study of change and the impact of progress upon a traditional way of life. There are echoes of John Berger’s Into Their Labours trilogy.

Months before he dies, he takes a bus trip out of the village. When asked where he wants to go, he replies: “I don’t know . . . I simply don’t know.” Andreas comes to be seen as eccentric, but he knows otherwise. He is sustained by the memory of the love he once experienced.

No praise is too high for A Whole Life. Its daunting beauty lingers. This is a profound, wise and humane novel that no reader will forget.