Publishing has been transformed, as Ronan Colgan ably describes, yet many budding authors still want a traditional deal so he set up a service to help polish their proposals 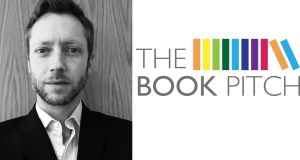 Ronan Colgan: The question most authors asked was “how do I approach an agent or a traditional publisher?” Vive la révolution. Still, the heart wants what the heart wants, and, since assessing proposals is what we do for a living, these conversations led to the formation of The Book Pitch

The world of book publishing was, for many decades, an industry profoundly comfortable within its own skin. It was a world built on ideas, but the mechanics had changed little since Allen Lane had the temerity to suggest that a serious reader would read a book in paperback. The ideas themselves were often brave and often dangerous, as John McGahern or Salman Rushdie and countless others could testify, but there was a sense that, behind the oak-panelled doors of publishing houses, decisions were made from wing-back leather armchairs within easy reach of a fine claret. The reality was different, but the mystique that surrounded the traditional publishing process was one that few felt a pressing need to dispel.

And then everything changed. The march of Amazon, the bête noir of booksellers and many publishers, turned bookselling (or at least book-buying) on its head and the casualties were high. Suddenly every book was available, cheaply and quickly, without need for shelfspace or shopfront, or even, in many cases, a copy of the book. Low margins coupled with phenomenal volume to utterly transform the retail landscape.

The plight of booksellers has been well documented, as it should be, but the effect on publishers was also enormous. With what felt like the flick of a switch, every publisher had a new largest customer, and one with a robust sense of its own importance. Discounts increased, margins shrank and the bigger hits became more important, leaving significantly less space for finding new talent.

Of course Amazon is not to blame for everything. Its rise coincided with a period of unprecedented technological upheaval which brought with it great opportunity. Faber, one of the oldest and most revered of traditional publishers, launched an app of The Wasteland, which was quite simply stunning. While this remains one of the most beautiful examples of how things could have been, apps were not, as it turns out, a game changer. But one was coming. After decades of false starts, the ebook arrived, and it was here to stay. The traditional bunfight began, and Sony, Kobo, Apple, Barnes & Noble and Amazon quickly entered the fray. Sony, possibly still smarting from losing out on a digital music market they should have dominated, were primed and ready. But, in a world where you can never underestimate the plucky upstart, the winner was, of course, tech behemoth Amazon.

The rise of the ebook was startling, disruptive and exciting. The recent demise of the CD was fresh in everybody’s mind, and the obituary for the print book was more than half-written. But the ebook, with all its advantages, did not furnish a room. And it did not make a thoughtful gift that reflected well on giver and receiver. And it did not sit well beside the tepid white wine that accompanies that proud and traumatic moment in every new author’s career that is the evening of their first book launch.

If anything, ebooks made print books better, as we have seen in the rise of “books as beautiful objects”, fine examples of which exist in the Irish market today, particularly in the work of old houses like the Royal Irish Academy and new houses like Roads Publishing.

And what the ebook platform did provide for, leading to another fundamental shift in the landscape, was that now, for the first time, self-publishing was not solely the preserve of the vain or the brave. Authors were theoretically no longer reliant on anyone but themselves, and it became possible for them to quickly and cheaply make their books available to the world via Amazon Kindle. There was no cost to the author, and they retained in the region of 70 per cent royalties, far in excess of what it was possible for even a larger publisher to offer. In this new era, in which it was harder than ever for publishers to take risks on untried authors, the numbers who chose this route exploded. Sara Keating in a recent article noted that 31 per cent of all books available on Amazon Kindle are now self-published. Exact numbers are not made public, but anecdotal evidence suggests that somewhere in the region of 25,000 ebooks are being self-published on Amazon Kindle every month.

Amazon Kindle is five years old this year. The significance of this is that enough authors have now made the transition to being publishers in their own right, and have been doing it for long enough, to create a groundswell of demand, a hunger, for the demystification of the services that a traditional publisher provides behind the scenes.

This hunger has led to a deconstruction of the process, a mapping out of the steps that a book should go through from the moment the last sentence is typed to the day it hits the bookshelves, including copyediting, strong cover design, internal layout, proofreading, pass-for-press checks, not to mention a whole world of unsexy but critical metadata.

Such a drive for demystification is a healthy one, and has led to an increasing number of authors becoming publishers in more than name alone. This, in turn, has allowed swathes of freelance publishing professionals, with both skill and capacity, to reach new employers. Talented cover designers can now work on ebook covers, copyeditors can work on memoirs, indexers can find themselves in a golden age. It has become a democratizing process with more books being published than ever before, and more investigation into how to publish well.

This growing call for deconstruction is one we’ve been aware of for some time, leading us to have a series of conversations with authors with a view to finding out what they actually wanted, rather than what we thought they needed.

The question that came up most often surprised us. That question was “how do I approach an agent or a traditional publisher?” Vive la révolution. Still, the heart wants what the heart wants, and, since assessing proposals is what we do for a living, these conversations led to the formation of www.thebookpitch.com.

The way this service works is that authors send in their pitches and experienced commissioning editors assess them, report back and, hopefully, make them better. The idea is not to guarantee that an author will get a book deal – this will always depend on it being the right fit with the right publisher at the right time – but just that a good proposal should give a book the best chance of being properly assessed. It is simple, transparent and independent. It’s a role that we take seriously, and with that in mind, we have put together an editorial advisory board made up of some of the most respected figures in the UK and Irish publishing industry, to whom we report and to whom we listen.

We mentioned earlier that it has become harder than it was in the past for new authors to get a book deal. That may be true, but it should be remembered that, although commercial pressures have increased, editors and agents are not looking to reject authors. In fact, the very opposite is true. They are always looking to find great books, books that fit with their list, books that have significant potential or just deserve and demand to be published. Traditional publishing remains the first option for most authors, though the divide is slowly closing. The converging of these two worlds can, we believe, inform and improve both. The fact that we might be having these thoughts from a wing-back leather armchair within easy reach of a fine claret is really just tradition.

Ronan Colgan is MD of Carrowmore.ie, publishing director of The History Press Ireland, and a founding member of thebookpitch.com. He is also a member of the board of Publishing Ireland, the Irish Publishing Association