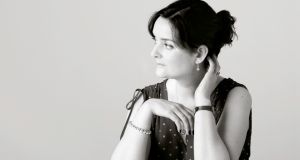 Nuala Ní Choncuir’s third novel, Miss Emily (Sandstone, August), will appear under her English name in the US, where the film rights for her book about Emily Dickinson’s Irish maid have already been sold

Metaphysics, maids and suburban respectability are among the topics inspiring Irish novelists in 2015. The Whole Mosaic (River Ward, February), by the former TD Liz McManus, uses a mother-and-daughter relationship to explore the changes in Northern Ireland 30 years on from the Troubles.

Christine Dwyer Hickey’s The Lives of Women (Atlantic Books, April) looks at a neighbourhood struggling behind the veneer of Irish suburban respectability, while Gavin Corbett gets out of Ireland with his three expat tenors in Green Glowing Skull (Fourth Estate, May), billed as a darkly comic tale of mythologies, machines and metaphysics.

Bringing grown children back to the homestead, for Christmas this time instead of a funeral, Anne Enright’s The Green Road (Jonathan Cape, May) sets the fractured relationships of the Madigan family against a west-of-Ireland backdrop.

The fine line between helping someone and hurting them is at the heart of Belinda McKeon’s second novel, Tender (Picador, April), which follows the friendship of college friends Catherine and James as they find their way in the world.

Paul Murray makes a welcome return with The Mark and the Void (Viking, May), which sees a writer attempt to turn an investment banker into a romantic hero. Best of luck with that one.

Nuala Ní Choncuir’s third novel, Miss Emily (Sandstone, August), will appear under her English name in the US. The film rights for her book about Emily Dickinson’s Irish maid have already been sold.

For those who enjoy the pleasure of rereading, a 60th-anniversary edition of the ever-popular The Ginger Man (Lilliput, July), by JP Donleavy includes a foreword by Johnny Depp, director of the forthcoming film adaptation.

Across the water Kate Atkinson’s Costa award-winning Life After Life gets a follow-up novel, A God in Ruins (Doubleday, May), which tells the story of Ursula Todd’s younger brother Teddy.

A decade after Never Let Me Go, Kazuo Ishiguro publishes The Buried Giant (Faber, March), a tale of love and revenge centred on a couple’s search for an estranged son.

Disaffected families are also at the centre of Sarah Hall’s The Wolf Border (Faber, April), while the second novel in Jane Smiley’s Last Hundred Years trilogy, Early Warning (Mantle, May), brings the Langdon family together once more for a funeral in 1950s Iowa and follows its members across the country over the next three decades.

Andrew O’Hagan’s fifth novel, The Illuminations (Faber, February), looks at modern war in Afghanistan and secrets that remain buried back in Britain.

The Power (Viking, April), by Naomi Alderman, conceives of a world where women are stronger than men.

Liza Klausmann follows her debut, Tigers in Red Weather, with Villa America (Picador, April), a portrait of a complex marriage based on the 1920s French Riviera couple Sara and Gerald Murphy.

Raj Kamal Jha’s She Will Build Him a City (Bloomsbury, February) sets interwoven stories of violence, sex and longing in a vibrant Delhi, while Anuradha Roy’s Rag Doll in the Fire (Maclehose, April) tells of the devastating consequences when a young Indian girl is taken from her family to an ashram.

One final Indian author of note is Amitav Gosh, whose Floods of Fire (John Murray, May) is the final instalment in his Ibis trilogy.