Bad Bob? Another listen to Dylan’s most derided era

‘Self Portrait’, Dylan’s first album of the 1970s, was his attempt to besmirch his image as a cultural icon. It worked. Will the most recent trawl of the archives change any minds? 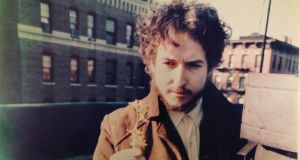 ‘I wanna do something they can’t possibly like, they can’t relate to. To me, it was a joke,’ said Bob Dylan of his 1970 album Self Portrait 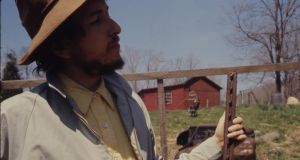 ‘I wanna do something they can’t possibly like, they can’t relate to. To me, it was a joke,’ said Bob Dylan of his 1970 album Self Portrait

‘I am still unable to see in him anything other than a youth of mediocre talent. Only a completely non-critical audience, nourished on the watery pap of pop music, could have fallen for such drivel.”

Noted folk singer and songwriter Ewan MacColl had little time for Bob Dylan; MacColl wrote this negative critique in 1965, clearly indifferent to, if not wholly blinkered towards, Dylan’s marked achievements in the first half of that decade.

Not to put too fine a point on it, but from 1962 to 1966, Dylan (and this is obviously not discounting what arrived later) became as much a part of the development of humanity as any political speechifying or any era-defining work of art. Indeed, if art can ever be deemed to be representative of history, then the work of Dylan from 1962 to 1966 can be viewed as such.

Just look at the albums: The Freewheelin’ Bob Dylan (1963), The Times They Are a Changin’ and Another Side of Bob Dylan (1964), Bringing it all Back Home and Highway 61 Revisited (1965), and Blonde on Blonde (1966). Over the course of these albums (and more besides), you knew something was happening, but you didn’t necessarily know what it was, did you, Mr Jones? And so on.

Not everyone got it, which, inevitably, made Dylan’s lyrics sound even more important to those who did. People such as MacColl, however, were in the minority – the fans welcomed the Jewish American singer with curly hair, tight jacket, drainpipe jeans and shades into their lives, clutching him to the collective chest, proclaiming him theirs and theirs alone. Such adulation can turn a man sour, however, especially someone as idiosyncratic and private as Bob Dylan.

And so, from 1966 onwards – following the release of one of rock’s most acclaimed albums, Blonde on Blonde, as well as a period recuperating following a motorbike crash – Dylan consciously embarked on a period of counter-counter culturalism: in other words, he aimed to upend his own reputation by releasing somewhat less iconic records (and viewed in some quarters as commercial concessions towards the country music market) such as John Wesley Harding (1968) and Nashville Skyline (1969). Nothing, however, prepared the adoring fan base for Dylan’s first album of the 1970s, Self Portrait.

A critical mauling
“What is this shit?” was the opening sentence of the Rolling Stone review of the album by an outraged Greil Marcus, a Dylan fan through and through. As music from the album filtered through, however, Marcus’s critique quickly solidified into common opinion: after the spartan sounds of John Wesley Harding and Nashville Skyline, Self Portrait was absolute proof that Dylan’s creativity had upped and walked.

So what was this shit, anyway? Well, noted the critics (including fans and arbiters of taste alike), the double album was little more than a mottled collection of covers, country-and-western songs and some originals. Of the two dozen songs, only eight were credited to Dylan – two of these were instrumentals, one song had a two-line lyric, four were recorded live at the 1969 Isle of Wight festival, and another was little more than a rewrite of a 1950s hit song.

According to Dylan, Self Portrait was an attempt to smash the glass case that surrounded him and his songwriting, to besmirch the image of him as an all-round cultural icon, seer and sage.

“That album was put out,” said Dylan in the early 1980s, “because at that time I didn’t like the attention I was getting. And I was getting the wrong kind of attention for doing things I’d never done. So we released the album to get people off my back. I wish these people would just forget about me. I wanna do something they can’t possibly like, they can’t relate to. To me, it was a joke.”

How has it aged?
Well, who’s laughing now? Fast-forward 43 years, and we have the imminent release of Bootleg Series Vol 10: Another Self Portrait. Dylan’s Bootleg Series was initiated by his manager, Jeff Rosen, in 1991, and has within 20 years and 10 volumes fastidiously sorted through specific era recordings of Dylan’s that have often uncovered nuggets from the songwriter’s archives.

There is a lot of detritus in the Series output, too, of course, but if you’re into joining the Dylan dots then the “bootlegs” are instructive items to browse through.

And Another Self Portrait is especially so, primarily because it hopes to rescue from the bargain bin the most critically derided (and, perhaps, most misunderstood) of all Dylan’s records. Context is all; sometimes years need to pass and information needs to filter out in order to discover and then walk through various entry points.

No one is saying Dylan’s rep has been saved by this most recent trawl through the vaults, but there’s enough going on to change some opinions. If the plan behind John Wesley Harding and Nashville Skyline was to strip down myth, then the intention of Self Portrait was to build some kind of reality.

Adorned with, yes, a different (somewhat more technically advanced) self-portrait, Another Self Portrait is available as a two-CD set, a vinyl version, and a de-luxe edition four-CD set.

The first of these features 35 tracks, gathered from 1969-1971 and bridging gaps between Nashville Skyline, Self Portrait and Dylan’s next “proper songwriting” album, New Morning (1970). The vinyl version includes 35 tracks on three LPs plus a 12-inch booklet.

The de-luxe edition is the money maker; it comprises two hardcover books, featuring revisionist liner notes by Greil Marcus, and four discs. One disc is dispensable: the full 1969 Isle of Wight concert, which features a rollicking version of Highway 61 Revisited, but not much else that matches it. One is both enjoyable and frustrating: the remastered, slightly altered version of the original album (covers of The Boxer, Blue Moon and Let it Be Me, for example, have been dropped, while lachrymose orchestral overdubs supervised by the album’s producer, Bob Johnston, have been sonically excised). Two discs of out-takes and rarities are intriguing, and are, therefore, of special interest.

There are nine previously unreleased tracks taken from the original album sessions, and, as usual in these vault-grabbing exercises, there are gems. One such is a previously unknown version of Wallflower (a song written by Dylan in 1971, and not released until 1991, when it appeared on Bootleg Series Volumes 1-3); another is Days of 49, which evokes character-driven images cut from the Gold Rush era.

A different perspective
Whether the whole package is worth your time and money depends on what level of Dylan fan you might be.

Perhaps the most valuable aspect of Another Self Portrait, however, can be found in the title: it reframes all the fuss, bother and disdain about the original album and allows us to look at it from a different perspective.

Is it rubbish, as Greil Marcus thought 43 years ago? Not at all; rather, it’s a meandering sidebar sketch of Dylan’s love of old blues, folk and country (as well as an album that can be directly connected to his twin covers albums more than 20 years later: 1992’s Good As I Been To You and 1993’s World Gone Wrong).

Besides, within five years we’d be listening to Blood on the Tracks. But that, as Dylan himself might say, is a whole different cup of meat.

The Bootleg Series, Vol 10 – Another Self Portrait (1969-1971) is released on Friday. It is available to stream now on irishtimes.com/culture