Visual art round-up: The kind of country Irish people have made 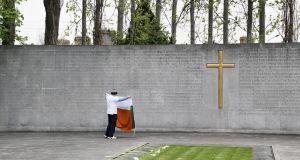 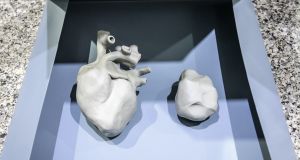 A sculpture from In the Flesh, by Bridget O’Gorman 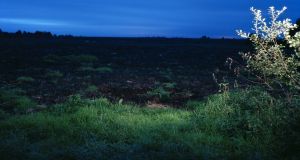 When the RHA approached photographer David Farrell with an eye to addressing the 1916 commemorations in the context of the war raging in Europe at the time, the subject morphed into something else. That was because he realised that his personal awareness of and engagement with 1916 really began with the 50th anniversary of the Rising. So his exhibition Before, During, After . . . Almost is in essence a fascinating photographic essay dealing with, as he puts it “The delayed social and economic revolution of the last 30 years”. The Rising, and the subsequent struggle for independence, created a space in which a nation might grow and flourish, but he feels that the process produced “what has been in many ways a failed Republic”.

Hence his jump forwards in time, to the Ireland that is still emerging from the eventual modernisation that was just getting going in the 1960s. He turned to his archive, and he accurately describes the making of the exhibition as “an excavation and exorcism of an archive, an attempt to animate an archive”. Animate it he certainly does. The work is beautifully presented as a flowing, open narrative, with prints hung at various levels, without frames and on different scales, sidestepping what he terms the “altarpiece” presentation of artworks.

Above and beyond shifts in subject matter, the format illuminates his development in terms of photographic style, especially a move from anecdotal pictorial narrative to more analytical documentation, very much in line with the recent historical trajectory of what is often termed art photography. The layout is not chronological, so that progressing through the show we move back and forth stylistically as well as well as in terms of dates.

Farrell is best known for his award-winning, 15-year account of the search for the disappeared from the conflict in Northern Ireland. The photographs are, in the main, studies of desolate stretches of bogland or other marginal terrain, often with major excavation, on occasion staggeringly large excavation, under way. The work gained from his decision not to leave the original publication and body of work as finished business, but to revisit it, as it remains uncompleted. He attended and documented successive searches on particular sites, often many years apart. He notes the success or failure in each case, together with the identity of the victim in question. As with Paul Seawright’s Sectarian Murder, (for which he revisited the scenes of sectarian murders in Belfast, together with contemporary newspaper reports of the crimes), it is beyond sad. It is grim but important work, it gives a voice to those whose voices have been silenced, and compels us to read the landscape in a more realistic, considered way.

Among Farrell’s other major projects, one addresses the decline in the influence of the Catholic Church in the country (at the anecdotal end of the spectrum) and another the topography of post-Celtic Tiger Ireland. But the several series are leavened with one-off images that contribute to an overall richness of texture and the whole is extremely enjoyable to track through two large gallery spaces. By the time you’ve done that, you really have built up a portrait of the kind of country Irish people have made. You’re left in no doubt that it is, as it was when it fought its way towards independence, a work in progress. Until February 21st, rhagallery.ie

In the first of a series of five shows that match visual artists with other “research partners and institutions” to make new work in response to the 1916 Rising, artist Bridget O’Gorman has made new sculptural and video works in collaboration with historian Brenda Malone of the National Museum and writer Sue Rainsford. Curator Sheena Barrett was drawn by Malone’s blog about the way workaday objects take on additional layers of significance through their involvement in momentous human events. Rainsford has written on the visual arts and has shown herself to be adept at perceiving unexpected links between words and images, thoughts and bodies, not least in seeing them all as fading, mortal, vulnerable and ephemeral.

O’Gorman has an inspired way with materials, and the free, undulating, swooping lines and dense, polished, concentrated forms of her sculptures guide us indirectly towards the human body: they refer to the materials and methods used to simulate the impact of bullets and blades on human flesh by forensics and museum specialists. The two distinct but complementary videos centre on the National Museum, Collins Barracks collection of material relating to the Rising, much of it donated by relatives of those directly involved.

In the first video, downstairs, we see a conservator working carefully and delicately on a rusted antique rifle, displaying tenderness toward an apparatus designed to maim and kill. Upstairs, the camera offers us views of the museum storerooms where the objects are archived. There is a hint of day dawning and an ebbing towards evening: time passes no matter what. But we do not see the objects. Instead, Rainsford’s alert, wounded monologue plunges us into the inner worlds of the objects in the orderly rows of boxes.

It could be the autobiography of the rifle that we see the conservator working on downstairs. It articulates the role of the material object in the conscious world of human dramas, but always with an awareness of fading and falling. Early in February, it is already a busy year for art that filters aspects of 1916; In the Flesh is a thoughtful, considered example. Until March 12th, thelab.ie